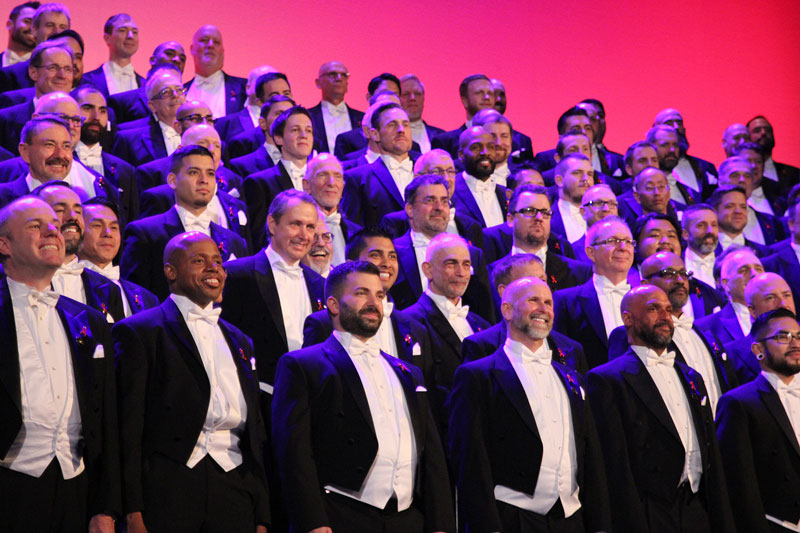 Founded in 1978, SFGMC sparked a nationwide LGBTQ choral movement after its first public performance at a vigil on the steps of City Hall following the assassinations of Supervisor Harvey Milk and Mayor George Moscone. Since then, SFGMC has been embedded in the fabric of San Francisco. It has soothed souls in pain, lifted spirits in triumph, and has remained a steadfast beacon of hope.

Under the leadership of Artistic Director Dr. Timothy Seelig, SFGMC has established a heightened level of performance standards bringing renewed audience and choral industry acclaim. Recent touring schedules, recordings, and outreach programs have broadened its impact and reputation in the community while maintaining its signature blend of humor, personality and ground-breaking performances. In 2019, SFGMC acquired a historic facility that has become its permanent home for rehearsals and offices. The building also serves as the first-ever National LGBTQ Center for the Arts, a community space for LGBTQ artists and arts organizations. 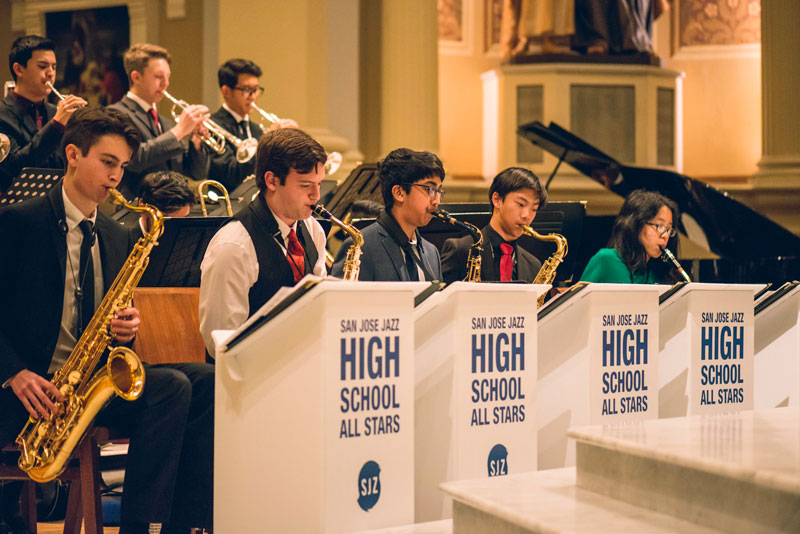 High School All Stars is a regional, audition-based music education program for students who are interested in the study and performance of jazz. The program includes a large ensemble and a combo. It’s designed to help students achieve a mastery of improvisation techniques while advancing their knowledge of music theory, arranging, composition, performance, and jazz history. Participation includes weekly rehearsals at San José State University and performances in professional venues. 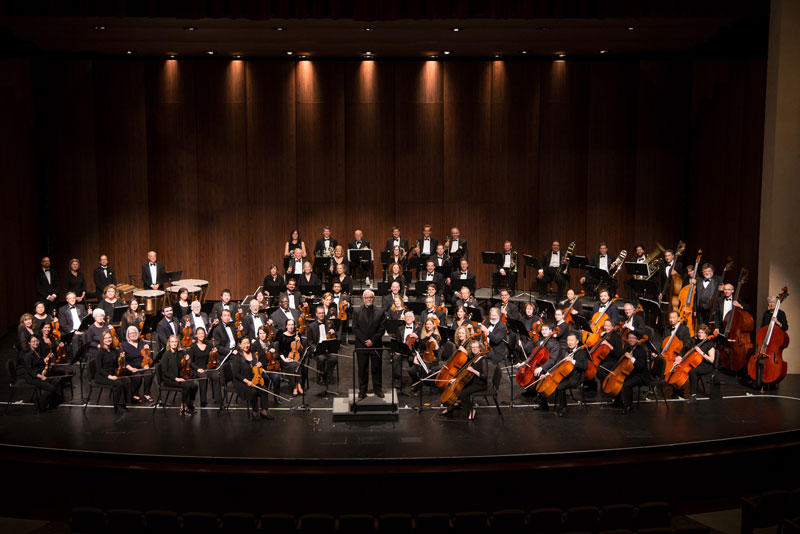 Now in its 72nd Season, Peninsula Symphony is the premier orchestral ensemble between San Francisco and San José. Under the direction of Maestro Mitchell Sardou Klein, Peninsula Symphony comprises 90 professionally trained musicians who are members of the local community and features frequent guest appearances from nationally and internationally renowned artists. Peninsula Symphony’s mission is to enrich the lives of people in our community with inspiring, innovative, high-quality musical presentations at affordable prices, and to promote music education through engaging programs for children and adults.

Due to the Covid-19 pandemic, our current programs are entirely free virtual presentations of music and conversation between nationally recognized guest artists and Maestro Klein as part of our AllStars@Home YouTube series. Our musicians have also contributed over fifty compilation videos since March 2020 as part of our prolific At Home collection. 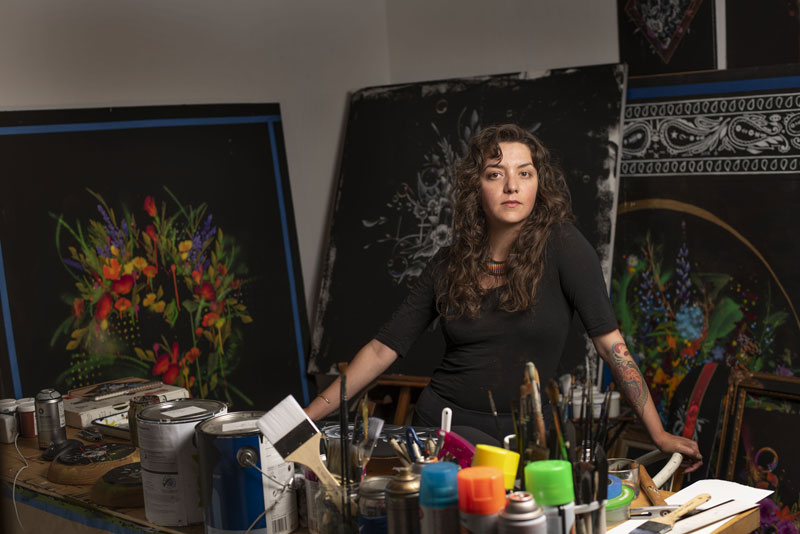 Erin Salazar is an artist, muralist, seamstress, curator, community organizer and dreamer. Originally from the Southern California’s Mojave Desert, she is the Founding Executive Director of the arts nonprofit Local Color, whose mission is to keep local artists employed, engaged and active by building multi-faceted opportunities that empower creatives in San José . Erin and her team have participated and orchestrated over 40,0000 square feet of public art throughout San José and opened four pending-development sites as affordable studio workspace to support local artists. Salazar is a fellow with National Arts Strategies, Knight Foundation, 880 Cities, and the Multicultural Arts Leadership Institute of San José. Her work along with the team at Local Color has been recognized by Sam Liccardo's "Mayor's Commendation", San José Councilmember Raul Peralez's "District 3 Champions", in 2018 she was named by Senator Jim Beall as "Woman of the Year: Rising Star Honoree" and KQED's "Women to Watch: Bay Brilliant." In 2019, Salazar was one of seven selected for the Knight Foundation’s Public Space Fellowship. She holds a Bachelor of Fine Arts from San José State University. As an artist, Salazar's personal creative work explores the juxtaposition of the organic and intentional, chaos and order, life and death. 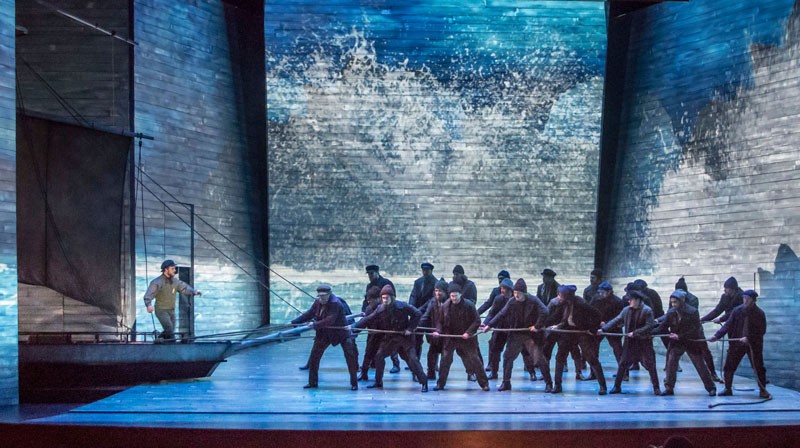 Opera San José is a professional opera company that maintains a resident company of artists and supports emerging talent and specializes in showcasing the finest young professional singers in the nation. In addition to mainstage performances, Opera San José maintains extensive educational programs in schools and in the community at large and offers preview lectures and “Introduction to Opera” talks for all mainstage productions.

The company has now assembled a cohort of 2020-21 resident artists who will quarantine together, allowing them to continue creating work to be shared virtually, and eventually on stage once it is again safe to open theatres to live audiences. 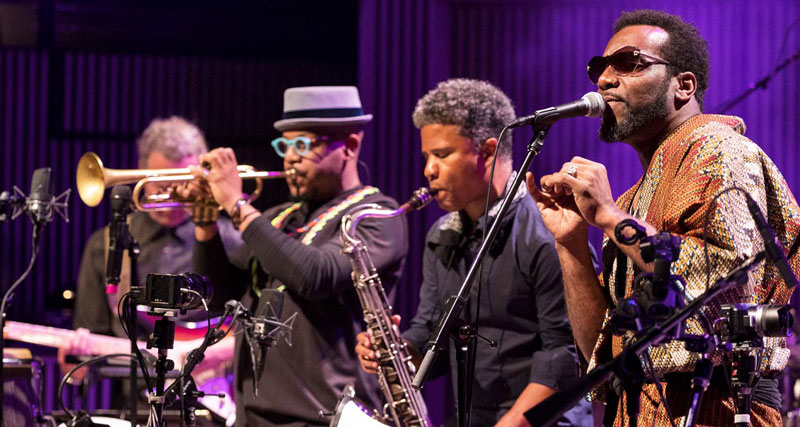 SFJAZZ is the largest nonprofit jazz presenter in the world. Originally founded in 1983 as a small two-day festival, SFJAZZ now serves over 250,000 fans and students every year through its year-round concert, commissioning, and education programs.

Opened in 2013, the SFJAZZ Center is located in the heart of San Francisco’s arts district, and holds over 350 concerts from September through May, featuring curated weekly themes, and exclusive programming by a changing cast of Resident Artistic Directors.