Every year the release of the Silicon Valley Index draws extensive media coverage from around the world for its findings, data, trends and other indicators measuring the economic health and community well being of Silicon Valley. Local newspapers and broadcast outlets, national network news organizations and wire services, financial and government publications and news sources as far away as Europe, India, Asia and Australia all have reported on the Index.

February 15, 2022 -  (ABC7) Silicon Valley #tech giants have grown, adding jobs during the #pandemic. Yet the Valley has lost population, has seen an exodus & has seen its wealth gap widen. See where people are moving. @JointVentureSVN released its annual report card Tuesday. #abc7now  More

February 15, 2022 - (CNET) - In Silicon Valley, big tech gets bigger but leaves many behind: Tech industry employment in the region, which had steadily stood at about 25% for years, has risen to 29%, according to the 2022 Silicon Valley Index More 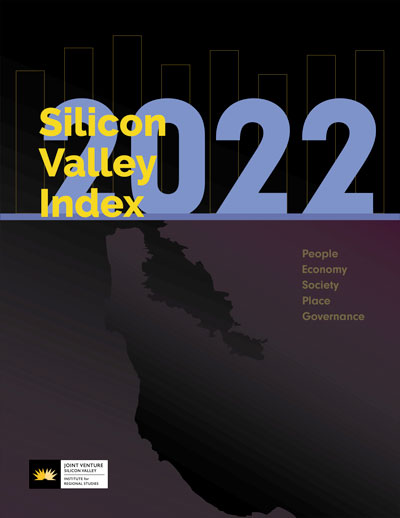 The site is maintained and constantly updated by Joint Venture's Silicon Valley Institute for Regional Studies, and is a robust collection of charts and information with links to local, regional, and national data sources, as well as additional related online resources within the following categories: People, Economy, Society, Place, and Governance. There are also metrics presented through an equity lens.