Professor, University of California at Berkeley

AnnaLee (Anno) Saxenian is a professor in the School of Information at the University of California, Berkeley. Her scholarship focuses on regional economies and the conditions under which people, ideas, and geographies combine and connect into hubs of economic activity. She was Dean of the School of Information from 2004-1019, and upon stepping down she received the Berkeley Citation "for distinguished achievement and notable service to the University."

Saxenian’s current research explores the transformation of Silicon Valley from a region that flourished in the 1970s-90s with a decentralized mix of entrepreneurial collaboration and competition, to the post 2004 ecosystem that is dominated by a handful of giant technology platform businesses. She is exploring novel policy approaches that will preserve the region's technological dynamism while addressing the negative consequences of the new business models, including the concentration of economic and political power, the unauthorized use of personal data, and the rise of misinformation and disinformation along with dangerous speech and political polarization.

She has served as a member of the Apple Academic Advisory Board, and Chair of the Advisory Committee for the National Science Foundation Division of Social, Behavioral, and Economic Sciences (NSF-SBE).

She is author of Regional Advantage: Culture and Competition in Silicon Valley and Route 128 (Harvard, 1994) which argues that Silicon Valley’s adaptive capacity derives from it decentralized industrial and social structures that support rapid information exchange and innovation. She is also the author of The New Argonauts: Regional Advantage in a Global Economy (Harvard, 2006), Silicon Valley's New Immigrant Entrepreneurs (Public Policy Institute of California, 1999), and Local and Global Networks of Immigrant Professionals in Silicon Valley (PPIC, 2002) She has published widely in journals of economic geography, regional economic development, and industrial change. She holds a PhD from MIT, a Master's from U.C. Berkeley, and a BA from Williams College. 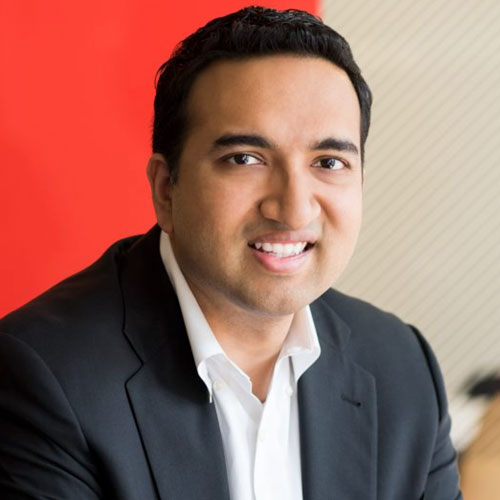 Somesh Dash is on the investment team at IVP one of the first venture capital firms on Sand Hill Road in Palo Alto, where he focuses on growth investments in enterprise software, consumer and mobile internet, and digital health companies. He was recognized by The New York Times and CB Insights in 2019 as one of the top 100 venture capitalists and by GrowthCap as one of the Top 40 Under 40 Growth Investors in 2019.

Dash is currently a board member of the Advisory Council at Stanford University’s Graduate School of Business (GSB), the US India Strategic Partnership Forum (USISPF) and the Tech Interactive. He is a life member of the Council of Foreign Relations and on the Advisory Board of Malaria No More. He also served on the Tech Advisory Group of UCSF and the Advisory Board for Stanford’s Center for Philanthropy and Civil Society (PACS).

Somesh earned a B.S. in Business Administration from the Haas School of Business at the University of California at Berkeley and an M.B.A. from Stanford University.

John Markoff, a Pulitzer Prize-winning journalist, wrote for The New York Times’ science and technology beat for 28 years, where he was widely regarded as the paper’s star technology reporter. He is currently an affiliate at Stanford University’s Institute for Human-Centered Artificial Intelligence (HAI). He has been a lecturer at the University of California at Berkeley School of Journalism, and an adjunct faculty member at the Stanford Graduate Program on Journalism. In 2013, Markoff was part of a Pulitzer Prize-winning team for Explanatory Reporting “for its penetrating look into business practices by Apple and other technology companies that illustrates the darker side of a changing global economy for workers and consumers.”

His books include: The High Cost of High Tech (with Lennie Siegel); Cyberpunk: Outlaws and Hackers on the Computer Frontier (with Katie Hafner); Takedown: The Pursuit and Capture of America’s Most Wanted Computer Outlaw (with Tsutomu Shimomura); What the Dormouse Said: How the Sixties Counterculture Shaped the Personal Computer Industry; and Machines of Loving Grace: The Quest for Common Ground Between Humans and Robots. Markoff grew up in Palo Alto, California, and graduated from Whitman College. He attended the University of Oregon and received a master’s degree in sociology.

Markoff continues to work as a freelance journalist for The Times and other organizations and volunteers at the Computer History Museum.

Director of Community Development, School of Arts & Culture at the Mexican Heritage Plaza

Chris Esparza was raised in San Jose and started working in the entertainment industry in 1985. He opened the Ajax Lounge, a jazz bar, café, and performing arts space in 1991.

He opened Giant Creative Services, a marketing, event design, and performing arts resource agency, with such clients as the San Francisco Redevelopment Agency, Villa Montalvo, the Stanford Jazz Festival, and the School of Arts and Culture at the Mexican Heritage Plaza (SOAC). Most recently, Chris joined SOAC as Director of Community Development after spending over ten years building their Market Rate Rentals program into a substantial share of SOCA’s annual revenue.

Reymundo Espinoza was raised in the small desert town of Coachella, California, where farming was the predominant industry. Upon graduation from Coachella Valley High School, he attended Stanford University, received a BA in Political Science, and received his MA from UC Berkeley School of Public Health, specializing in Hospital Administration. Throughout Espinoza’s career, he worked with various non-profit and for-profit institutions throughout California. Espinoza’s experience includes working in hospitals, planning agencies, and associations, providing administrative and oversight activities in hospital-based and freestanding outpatient clinics. Espinoza has been leading community health centers for over 34 years and is currently the Chief Executive Officer for Gardner Health Services

Jonathan Borca is an advocate, storyteller, and performing artist who serves as the Deputy Director for the School of Arts and Culture at the Mexican Heritage Plaza, or La Plaza for short. Borca is Mexican-Filipino, was born in Albuquerque, New Mexico, and was proudly raised in the Eastside neighborhood of Alum Rock, San Jose.

With over a decade of experience developing and scaling programs for nonprofits and public entities, Borca also directed all efforts for the “California Arts Council Administrators of Color Fellowship” (CAC ACF), a statewide initiative aiming to uplift an inclusive workforce. Borca was appointed Arts Commissioner for the City of San Jose in 2022.

When not working, Borca dedicates his time and energy to local art and music projects. He is the resident emcee for 7th Street Big Band, performs rap and poetry with several jazz ensembles, and has produced several intergenerational three-act concert experiences (“Francis Experience”) at local theaters. He recently made a music and art series, Colour Me GOLD, which aims to celebrate BIPOC creatives, small businesses, and producers.

Jessica Paz-Cedillos is the daughter of immigrant parents from Mexico and El Salvador. She was born and raised in East Oakland and knows firsthand the impact that arts and culture can have to build pride, preserve our heritage, and fuel community and economic development. Paz-Cedillos has dedicated her career to the public sector, working for organizations such as the ACLU and SOMOS Mayfair, where she helped to double the organization’s budget. Jessica is excited to be leading the School of Arts & Culture at the Mexican Heritage Plaza — a vibrant, cultural institution in East San Jose — and looks forward to continuing her work in the Mayfair community.

Vanessa Shieh lives, works, and plays in San Jose. She served as the Associate Director for the School of Arts and Culture at MHP since 2012 and is now the organization’s Co-Executive Director and longest-serving employee. During her tenure, Shieh helped to transform the Mexican Heritage Plaza from an underused facility into a trusted community hub and anchor. With over 15 years of experience in nonprofit accounting and organizational development, Shieh continues to ground the Plaza’s team and partners in strategic perspectives that seek answers to the question: “How can we create a better normal?” She is deeply committed to finding the intersection of the local community’s needs and the creative sector’s insights. Shieh has an MBA with an emphasis in Accounting from Golden Gate University and a BA in English from the University of San Francisco.

The 2023 State of the Valley conference is made possible with generous support from Meta as the lead sponsor, with additional support from Accenture, Bank of America, Stanford Children’s Health, PG&E, and these other sponsors.