A Message About the 2020 Index

And still we grow.

Silicon Valley has now logged nine continuous years of expansion since the epic recession of 2008. Over that period the Bay Area has added 821,000 jobs—the equivalent of dropping another city the size of San Francisco onto our landscape—and the growth is fueled by innovation and ingenuity. Our special combination of engineering savvy, strong universities, deep pools of capital, dense business networks and a risk-taking culture have created an economic engine unlike any other.

So why does it feel so tenuous?

It’s mostly because we haven’t added appreciably to our housing stock. Over that same nine-year period we permitted 173,000 new housing units, a jobs-housing mismatch of nearly five to one. The result is the nation’s highest housing prices, an unsettled workforce, and a transportation system sagging under the weight of 100,000 megacommuters. Add to this the nation’s most sharply pronounced income gaps and you have a formula for despair.

It doesn’t help that our driving industries are facing a backlash the likes of which we’ve never seen. As technology plays a deeper and more pervasive role in nearly every aspect of our lives, that role has come under question and the region feels like it’s under siege.

But thankfully and at long last there is some cause for hope. After a years-long period of stalling and false starts, our region’s leaders are coalescing around a set of plans. “Crisis” has entered into the common parlance and a sense of urgency has replaced our earlier complacency. Bonds for affordable housing are passing at the ballot box. Significant housing legislation is making its way through the state capitol, including even bills that would alter the power balance between the state and our localities. The large tech companies are voluntarily investing billions into local housing projects. Promptly after passing a regional measure for transportation there is serious talk of another, this one a megameasure generating more than $100 billion for badly needed infrastructure.

Meanwhile Silicon Valley companies are taking aim at futuristic modes of transportation and new forms of housing, and venture capitalists are standing behind them. These have the promise of once again changing the world as we know it, and because it has happened so many times before it doesn’t seem unreasonable to think it could happen again.

With all this in mind, we’re pleased to provide the available data necessary for a region grappling with dynamism and growth, displacement and inequality. The data tell us where we’ve been and how we got here; in the hands of innovators and visionaries the data can also tell us where we need to be going. 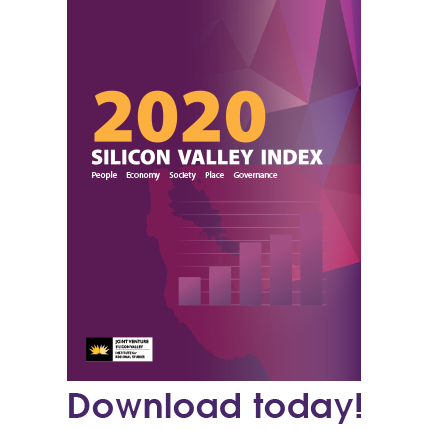