Most definitely the "tip of the iceberg" 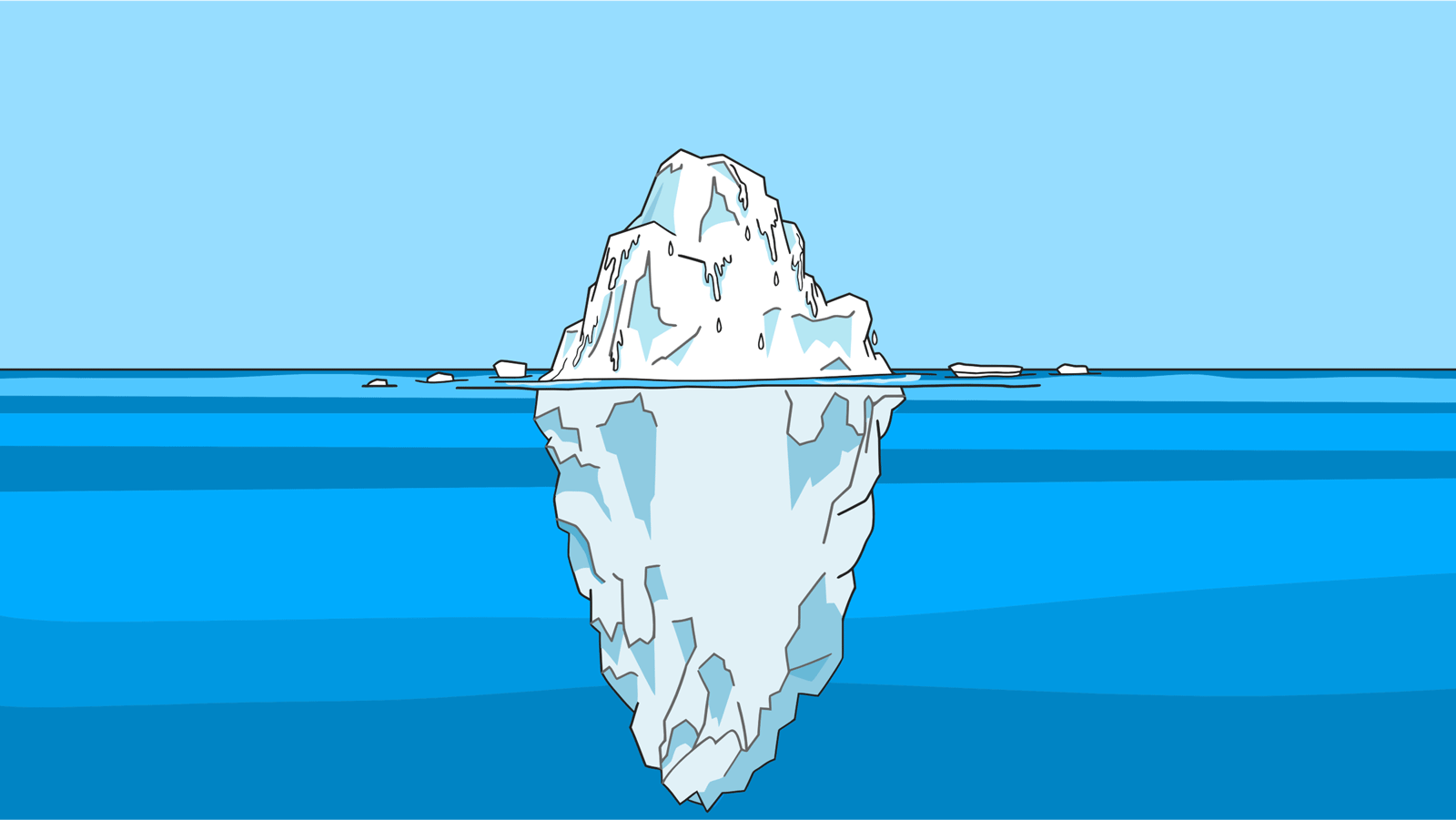 It’s sad but true… we’re facing just the tip of the COVID-iceberg (collective global sigh). But I’ve come to the conclusion that we’re using the phrase “tip of the iceberg” all too frequently these days. It’s in the headlines ALL.THE.TIME. And I’m as guilty as everyone else – see my quote in the Silicon Valley Business Journal (eeek!). So, I polled my friends and family for alternatives to that phrase, and here are all the (PG-rated) options they came up with: scratching the surface, a drop in the bucket, just the beginning, first layer of the onion, and start of a long race. Insert head-scratching emoji here.

Google alternatives and you’ll come up with a total of zero relevant or useful results (if you can prove me wrong – please do!).

So I think it’s fair to assert that any alternative to the phrase “tip of the iceberg” will be sorely inadequate. Ultimately, what that phrase means is that not only have we seen just a tiny sliver of a sizeable problem, but that the problem – like a ship hitting an iceberg – is one of ‘titanic’ proportions.

tip of the iceberg noun phrase
: the earliest, most obvious, or most superficial manifestation of some phenomenon
First Known Use 1969, in the meaning defined above
History and Etymology from an iceberg being mostly submerged

Without a crystal ball, there’s no way to know what the future will hold. We can model, project, ‘assume’ and ‘surmise’ all we want, but the ripple effects of the COVID-19 pandemic on our economic and community health will undoubtedly get worse before they get better, and will be palpable for a long time to come. What we’ve seen thus far is truly just the tip of the iceberg! And there, I said it again (another sigh).

So… are we doomed to keep repeating the same old phrase over and over again? Maybe. But if necessity remains the mother of invention, then this global, collective ‘brainstorm’ is certain to come up with something.

P.S. Let’s be honest, these are depressing... But to reiterate my point, here are just a few of the 189,000 search results for COVID + “tip of the iceberg” in the news:

And let’s round off the list with this one, which refers to the “tip of the tip” of the iceberg:

Rachel Massaro is the Vice President at Joint Venture as well as the Director of Research at Joint Venture's Silicon Valley Institute for Regional Studies . You can learn more about Rachel on her bio page.