What are we doing?

Joint Venture’s Wireless Communications Initiative (WCI) is a coalition between the wireless industry, local governments, businesses, and residents. Together, we are working to improve the wireless network infrastructure in Silicon Valley. The coalition builds on existing relationships with technology companies and local government leaders to drive a coordinated public-private sector effort and to mount a highly strategic campaign to transform Silicon Valley’s wireless network infrastructure into a world-class showcase of speed, efficiency, and cost-effectiveness.

Why are we doing it?

World-class wireless networks are key to robust economic development. Networks are an important component in attracting and retaining the world's best talent, and are increasingly a key tool for ensuring public safety as citizens transition away from landline telephones. Nearly half of U.S. households are now only using wireless. While our economic growth is the envy of the world. Unfortunately our wireless networks are not. Dead zones, slow data, and dropped voice calls are common. Visitors from outside the area are often surprised that Silicon Valley's wireless networks are not more robust. After all, most wireless technology is developed right here. The reasons for this problem are complex, but in general they're rooted in the way that companies interact and partner with local governments. To remain competitive and foster innovation, the Wireless Communications Initiative provides education and works to build public-private partnerships so we can deploy world-class wireless networks. We also host briefings and publish documents to help educate municipal leaders, such as Bridging the Gap: 21st Century Wireless Telecommunications Handbook.

Why do we have this problem?

Wireless networks are now carrying enormous amounts of data traffic. In 2014 global mobile data traffic was eight exabytes per month and grew to nearly 80 exabytes per month in Q3 2021. We are placing ever-increasing demands on our radio frequency (RF) spectrum, a limited-yet-critical resource for wireless networks. Aside from the pandemic, our economic boom is being driven by the Mobile Economy; smartphones, apps, and the services enabled by them. Unfortunately, our wireless networks are not keeping pace. The proliferation of smartphones and connected devices requiring wireless data is pushing existing infrastructure beyond its limits. Yet the process of obtaining permits and negotiating contracts to deploy systems is complex and time-consuming. We need better networks, faster and more efficient technologies, and we need to remove obstacles to deployment so companies with innovative technologies can deploy networks that will feed our appetite for wireless data.

Our project is guided by a Steering Committee consisting of:

What are the latest developments?

What are the next steps?

Where do I find out more?

To learn more about the Wireless Communications Initiative, to request a briefing, or to inquire about membership please contact: 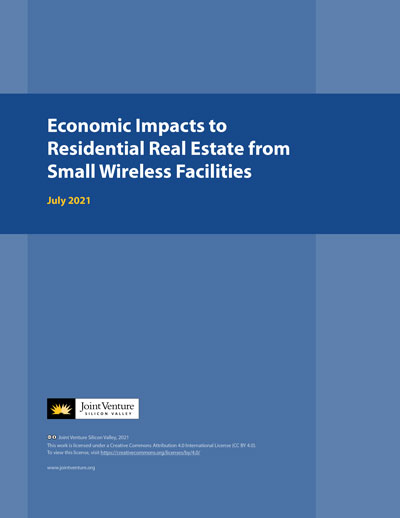