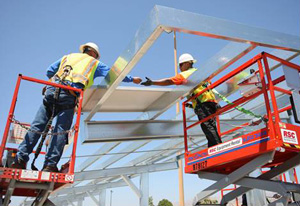 SV-REP was a partnership between Joint Venture and the County of Santa Clara, the Lead Agency, focused on harnessing the benefits of collaborative procurement and utilizing Power Purchase Agreement (PPA) financing. The Request for Proposals, which was released in March 2010, included nine Silicon Valley public agencies and over 70 solar installation sites. To date, the project has installed 11.4 MW of power, the equivalent of planting 2200 acres of trees, providing enough power for nearly 2100 average-sized homes. In total, SV-REP installations will save more than $29 million in taxpayer dollars over the next 20 years.

Co-published by Joint Venture, Optony, and the World Resources Institute in early 2011, Purchasing Power: Best Practices Guide to Collaborative Solar Procurement was intended to assist other regions across the country in launching collaborative solar procurement projects. The publication outlines the best practices learned through SV-REP, and includes case studies for both SV-REP and the World Resources Institute’s private sector effort, The Collaborative Solar Project (TCSP).

Learn more about the Best Practices Guide and appendices.

In November 2012 we launched the Regional Renewable Energy Procurement Project (R-REP) in partnership with the County of Alameda and the Contra Costa Economic Partnership. The R-REP includes 19 participating agencies across four counties, including cities, counties, special districts and schools, with 180 renewable energy installation sites totaling 30 MW.

Joint Venture’s Climate Prosperity program united local governments, businesses and institutions in defining and deploying initiatives that addressed the long-range environmental challenges facing our region and our world. Some of the initiatives that resulted from this program included: the Smart Energy Enterprise Development Zone (SEEDZ) and our solor procurement projects (R-REP and SV-REP). 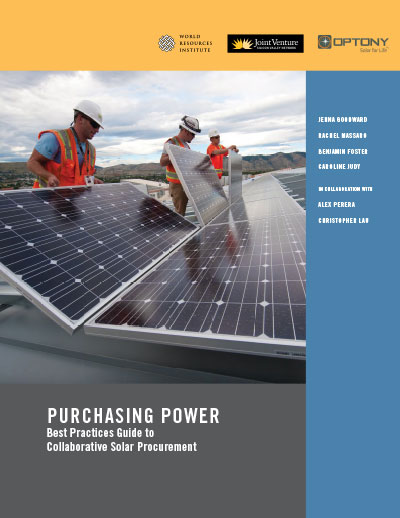 The Lifecycle of an Initiative

All Joint Venture initiatives begin with a specific mission and identifiable goals and then are carried out to their logical conclusion. Successful initiatives culminate with their goals achieved. Others, after incubation by Joint Venture, ultimately transfer to partner organizations for long-term administration. Still others cannot reach the desired outcome due to a variety of circumstances. In all cases, we analyze the steps taken, the data collected, the accomplishments and the shortcomings, and then report the results of completed initiatives to our board and to the community.