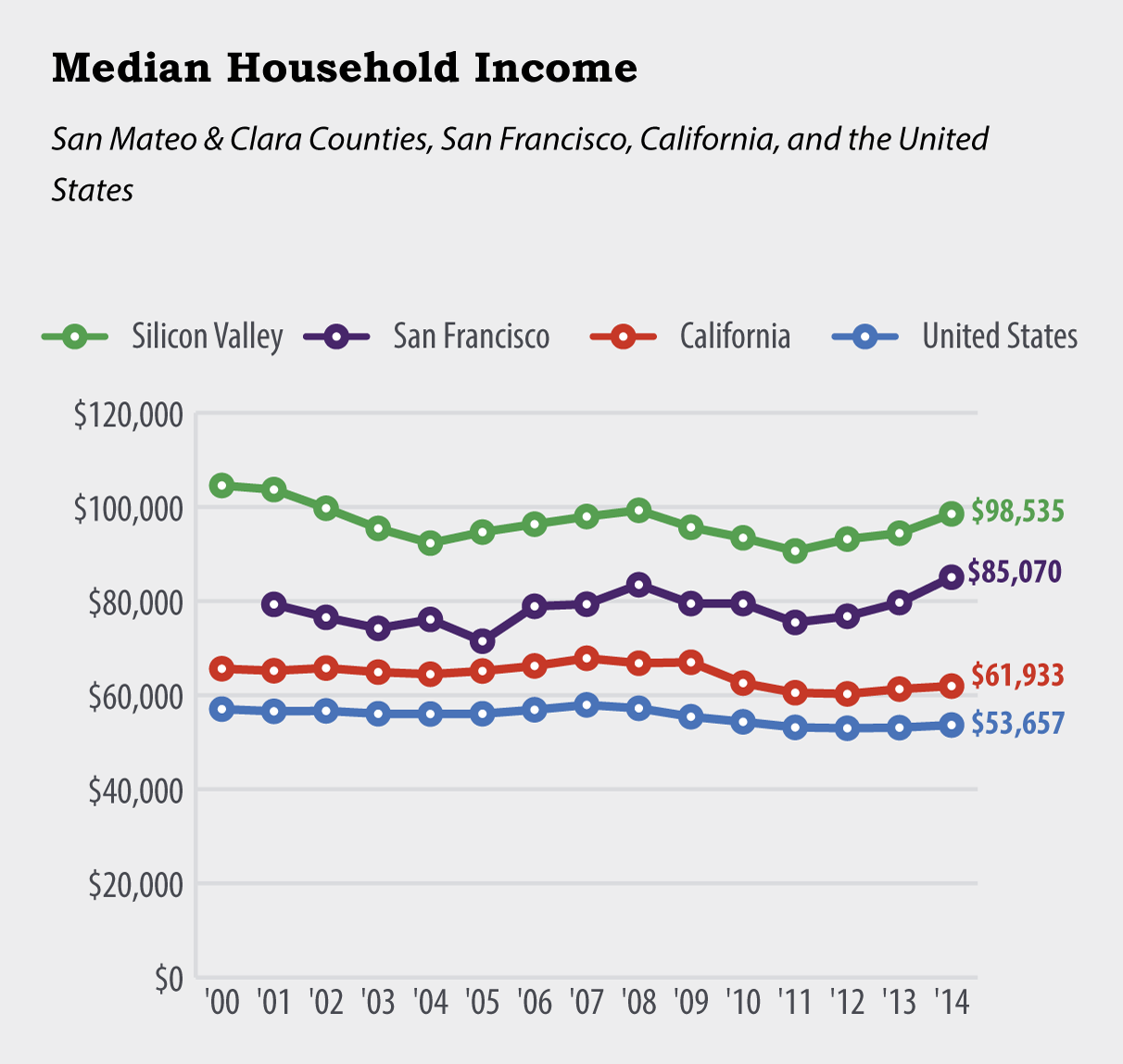 An Institute analysis of new United States Census data shows that income gains in Silicon Valley have now outpaced inflation for three straight years, while the poverty rate has dropped to its lowest level since 2008, reaching 8.1 percent in 2014.

“This latest data demonstrates that economic prosperity in Silicon Valley and the greater Bay Area shows no signs of slowing down,” said Rachel Massaro, Joint Venture vice president and senior research associate for the Institute.

In comparison over the same period, she noted, California and the United States as a whole show modest gains in median household income, rising 1.0 percent and 1.1 percent, respectively, after adjusting for inflation.

Other findings in the new data include: