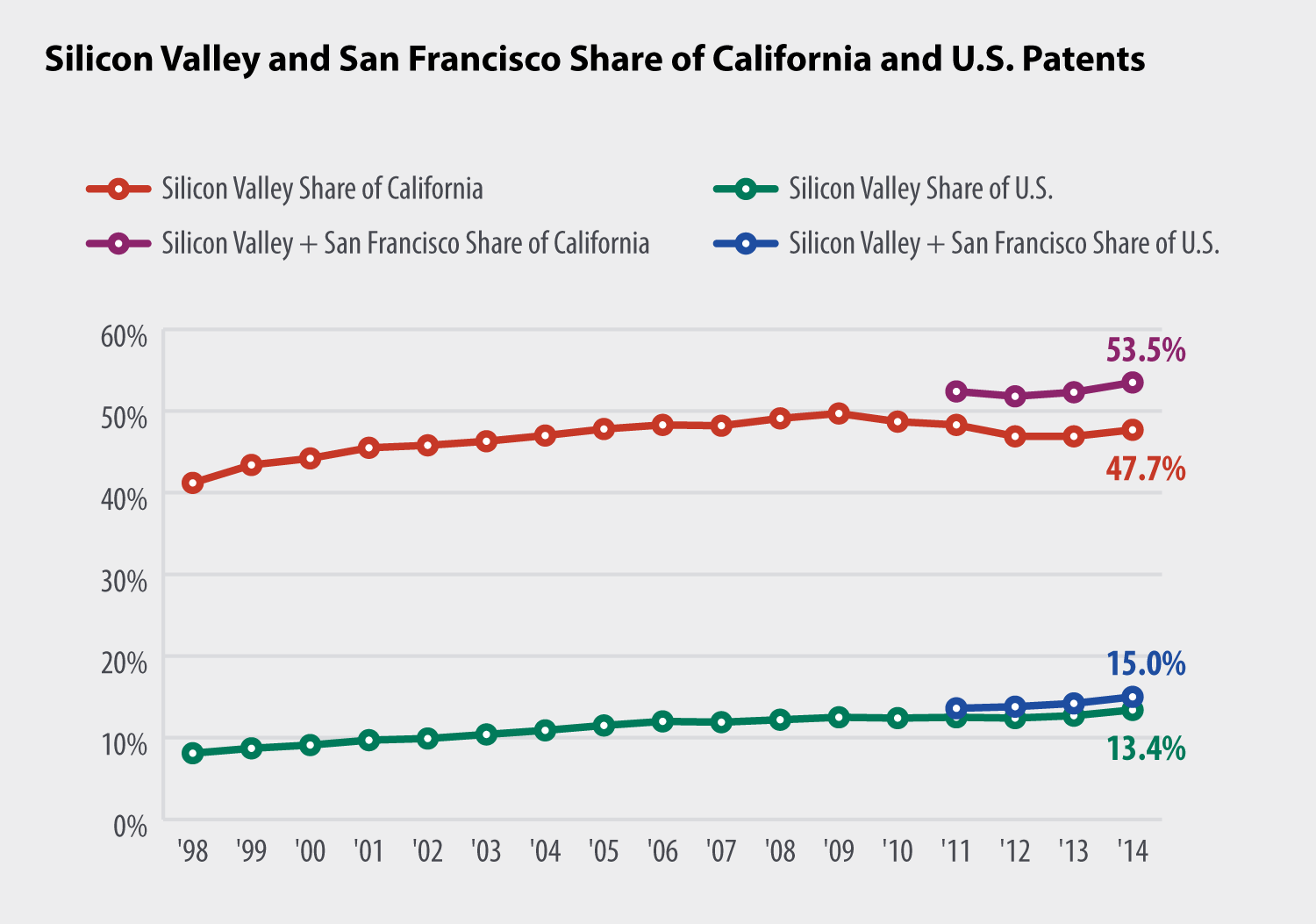 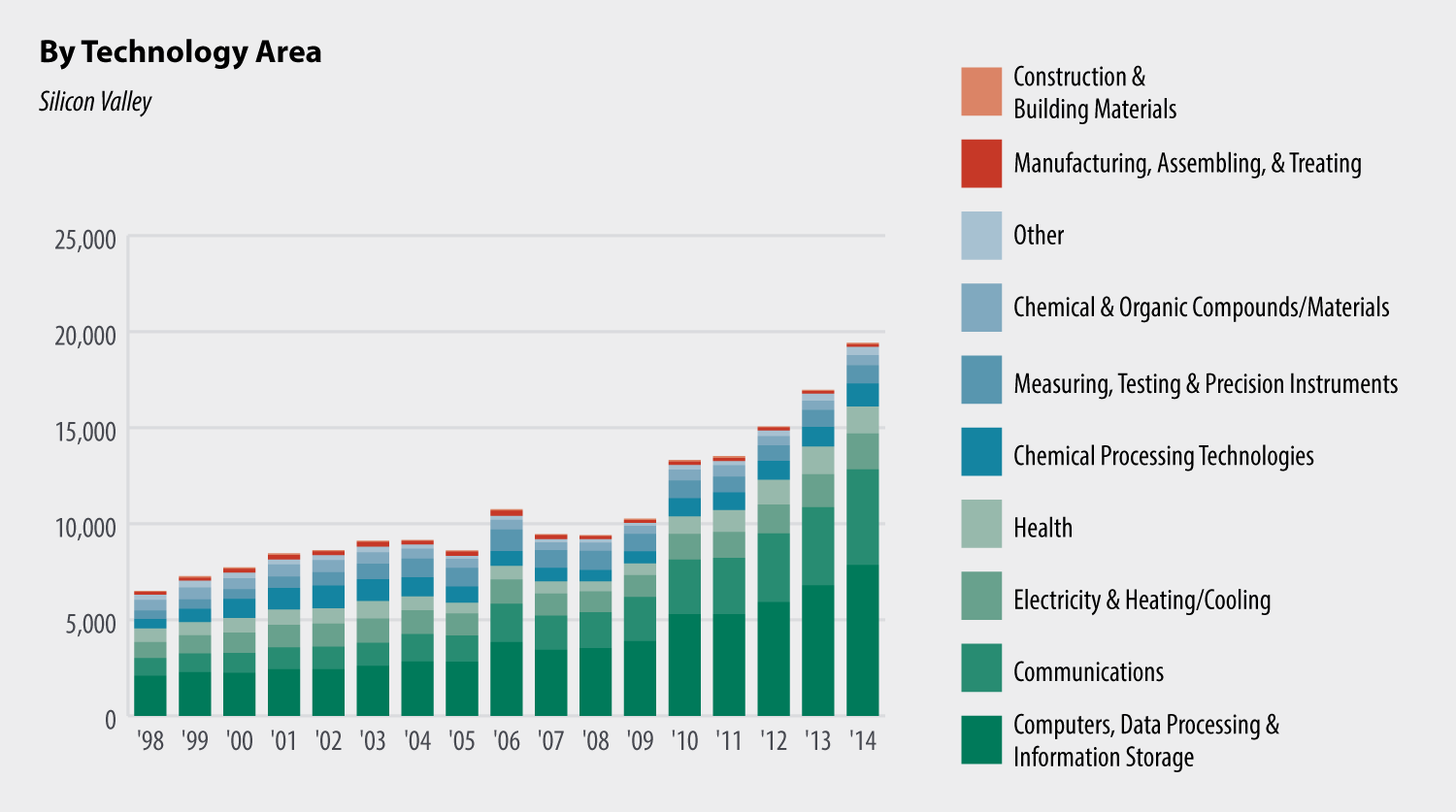 “These new figures not only reinforce the strength of our regional economy,” said Rachel Massaro, Joint Venture vice president and senior research associate for the Institute, “they validate the timeliness of the U.S. Patent and Trademark Office opening a new branch in San Jose earlier this month.” 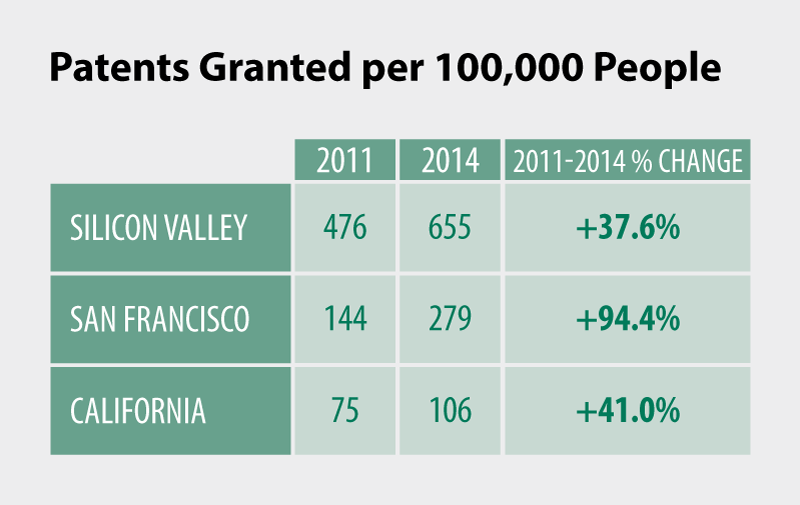 Massaro said between 2013 and 2014 Silicon Valley and San Francisco combined to generate 53 percent of California patents and 15 percent of the nationwide total.

While the patents granted per capita over the three-year period from 2011 to 2014 were up 38 percent in Silicon Valley and 41 percent statewide, she added, San Francisco was up 94 percent for the same period.

The number of Silicon Valley patents in the category of Computers, Data Processing & Information Storage doubled between 2009 and 2014 to nearly 20,000.