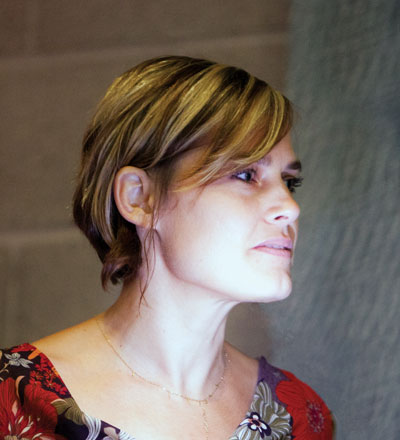 January 9, 2015 - Joint Venture Silicon Valley announced today that Jennifer Pahlka, founder and executive director of Code for America, is the recipient of the 2016 David Packard Award for civic entrepreneurship.

A former U. S. Deputy Chief of Technology Officer in the White House Office of Science and Technology, Pahlka was previously with CMP Media and served as co-chair and general manager of the Web 2.0 conferences. She is known for her TED talk, “Coding a Better Government.”

Pahlka will receive the Packard Award at the 2016 State of the Valley conference February 12 at the San Jose McEnery Convention Center.

“Jennifer Pahlka is the very definition of a civic entrepreneur who works across boundaries to benefit our community,” said Russell Hancock, president and CEO of Joint Venture. “She has played an important role in both the public and private sectors with Code for America, a nonprofit organization the Washington Post calls the technology world’s equivalent of the Peace Corps or Teach for America."

At the White House, Pahlka was responsible for the Presidential Innovation Fellows program and for other programs designed to use technology to improve the citizen experience of government. She also supervised creation of the United States Digital Service within the Executive Office of the President, and helped start 18F digital services at the General Services Administration.