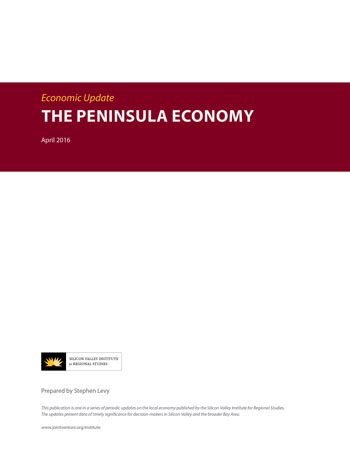 A new brief from the Institute shows that San Francisco, San Mateo and Santa Clara Counties added 350,000 jobs since 2010, bringing 220,000 new residents to the Peninsula, but rising rents and home prices have left a shortage of 40,000 to 65,000 housing units in the region.

In 2015, the Peninsula had 3.5 million residents (46.4 percent of the Bay Area population) and 2.3 million jobs (55.5 percent of the Bay Area’s jobs), the report said. Job growth has reduced unemployment by 100,000 while also providing jobs for 200,000 new and returning entrants into the Peninsula labor force, dropping the unemployment rate from 9.6 percent to 3.9 percent.

The Peninsula economy has a substantially above-average share of jobs in the Information, Professional and Business Services sector where a concentration of tech jobs is located. Other large job growth sectors are health care/social services within the Educational and Health sector, and food service within the Leisure and Hospitality sector.

Stephen Levy, Senior Economist for the Institute and Director of the Center for Continuing Study of the California Economy, prepared the update.

The full brief is downloadable on the Institute web site.