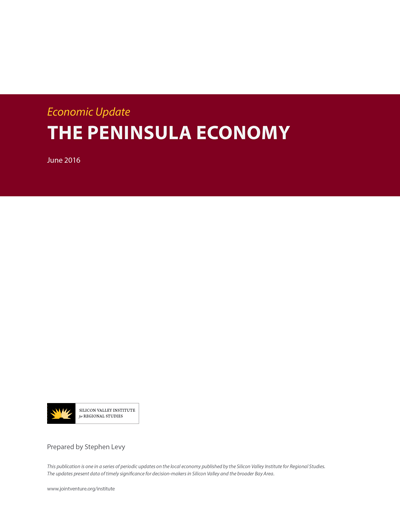 A new brief from the Institute shows that year-over-year job growth on the Peninsula, which includes San Francisco, San Mateo and Santa Clara Counties, ranged between 80,000 and 100,000 for the past two years, an annual growth rate of more than 4 percent.

Such explosive growth continues to put pressure on the region’s ability to accommodate new residents. Between 2011 and 2016, the Peninsula was the fastest growing part of California, adding 215,000 residents despite falling birth rates and rapidly rising home prices and rents.

During the same period, the Peninsula added 69,503 housing units but should have added 130,094 to keep pace with population growth.

Middle and high wage jobs are leading the surge. Between April 2014 and April 2016 the construction and information sectors each added some 20,000 jobs while the Professional, Scientific and Technical Services sector added 46,800 jobs.

With corporate expansions planned by Facebook, Apple, Google and other firms, said the brief, the Peninsula’s challenges will intensify unless steps are taken to address the housing shortage and to create viable transportation alternatives to driving.

Stephen Levy, Senior Economist for the Institute and Director of the Center for Continuing Study of the California Economy, prepared the update.