October 3, 2016 – The median household income has risen to $102,000 in Silicon Valley and $92,000 in San Francisco, the Joint Venture Silicon Valley Institute for Regional Studies reported today. 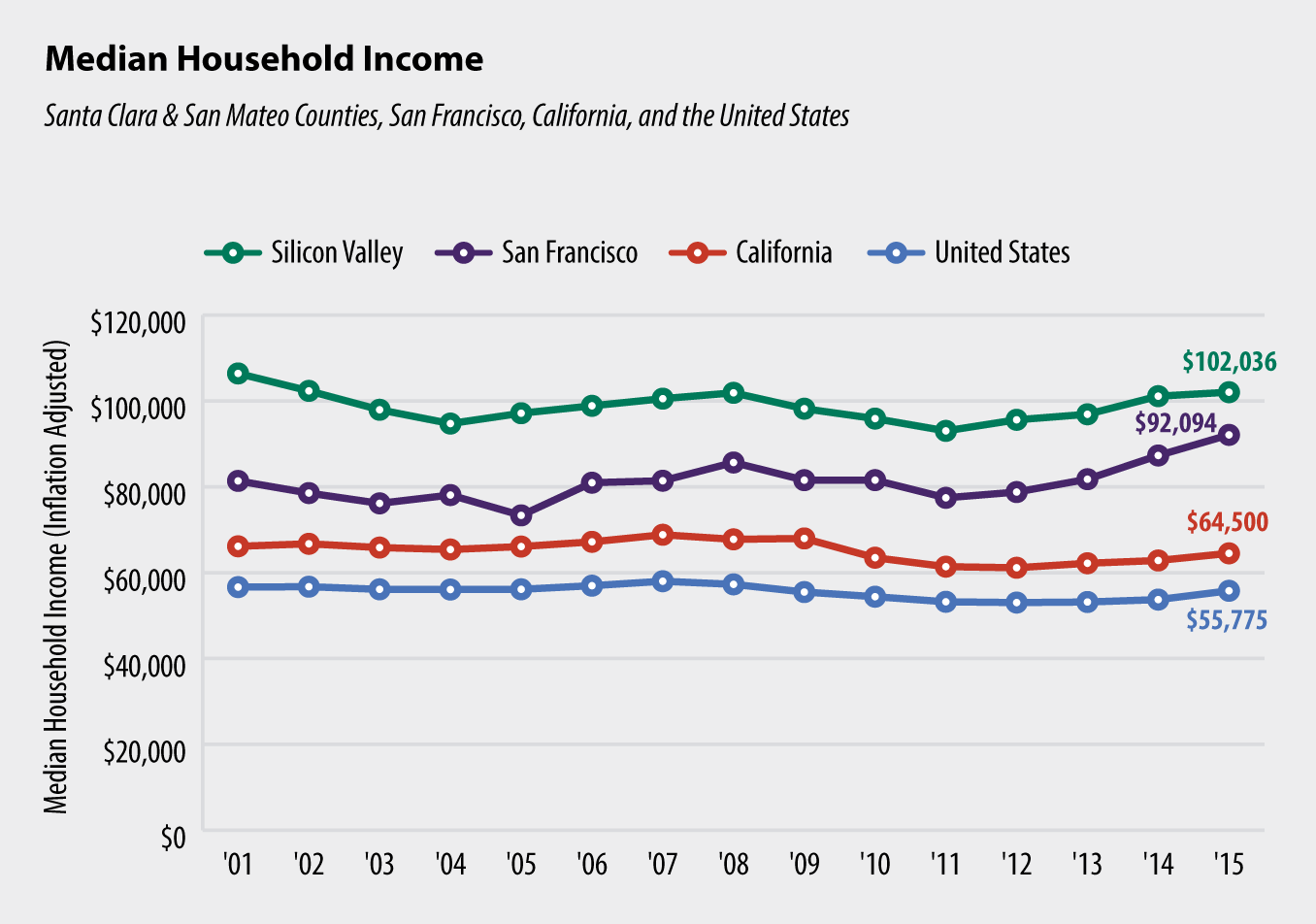 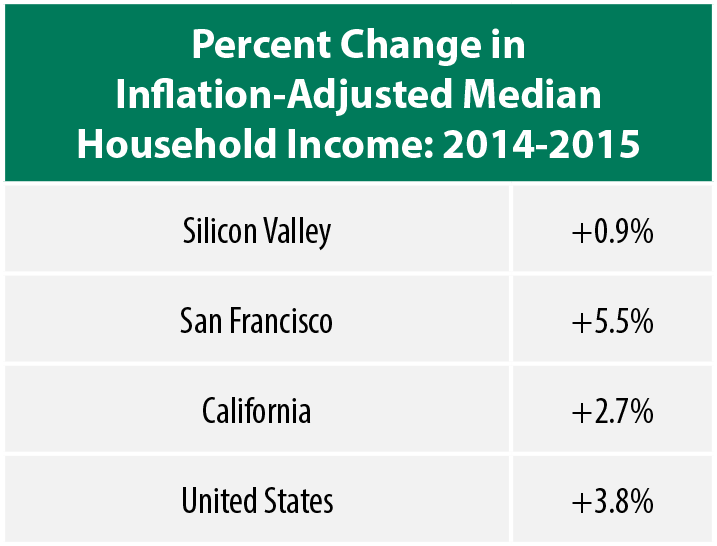 An Institute analysis of the U.S. Census Bureau’s 2015 American Community Survey released September 15 shows that between 2014 and 2015, the median household income in San Mateo and Santa Clara Counties rose by one percent, or nearly $1000. During the same period, the figure in San Francisco increased more rapidly, 5.5 percent, to reach the $92,000 mark. 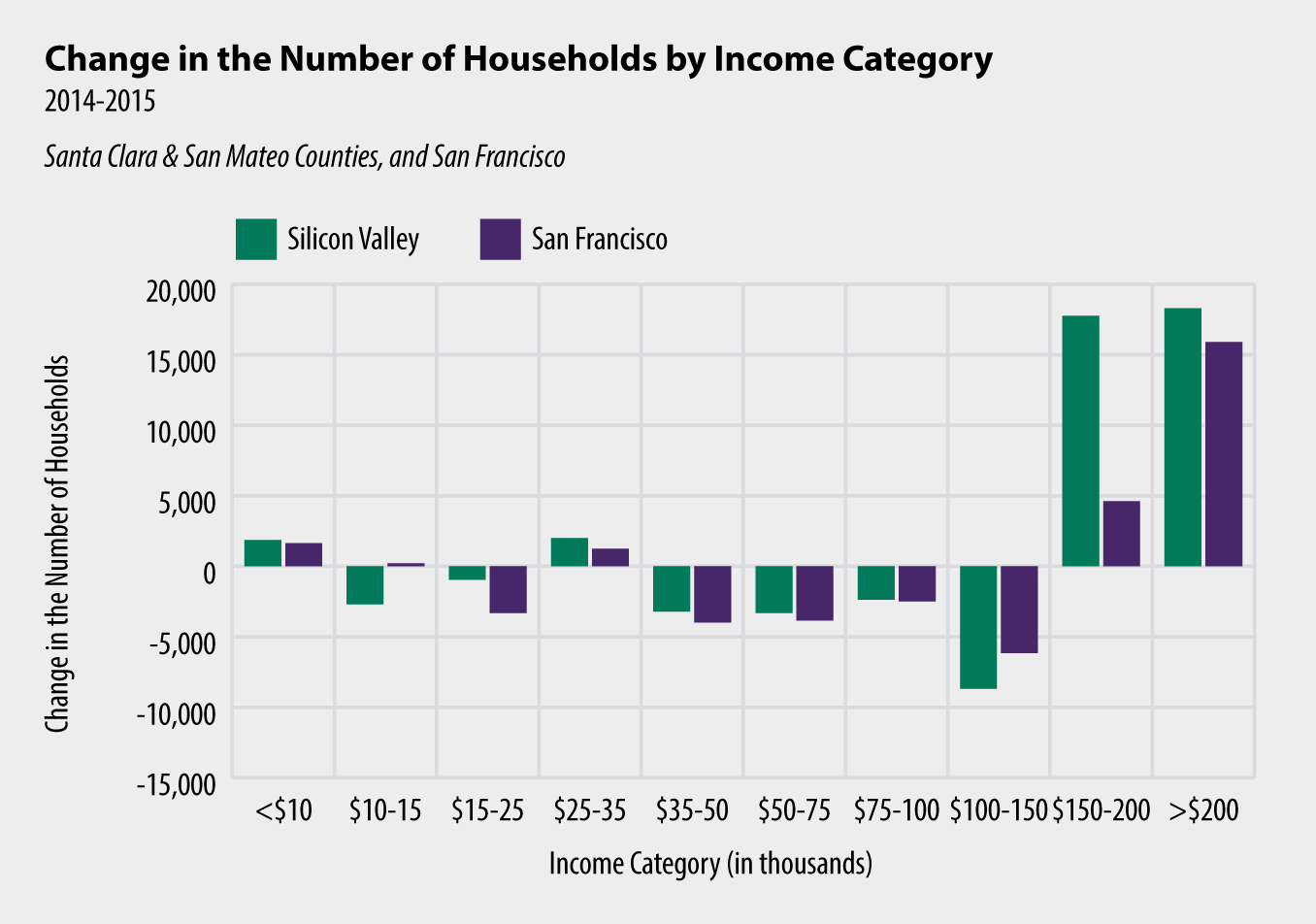 ”Year after year we’re seeing a continued shift toward a larger share of high-income households in our region,” said Rachel Massaro, Joint Venture Vice President and Senior Researcher for the Institute. “It’s possible that the lower-income households are starting to make more money, but it’s more likely that those residents are leaving the region and being replaced by higher earners.” 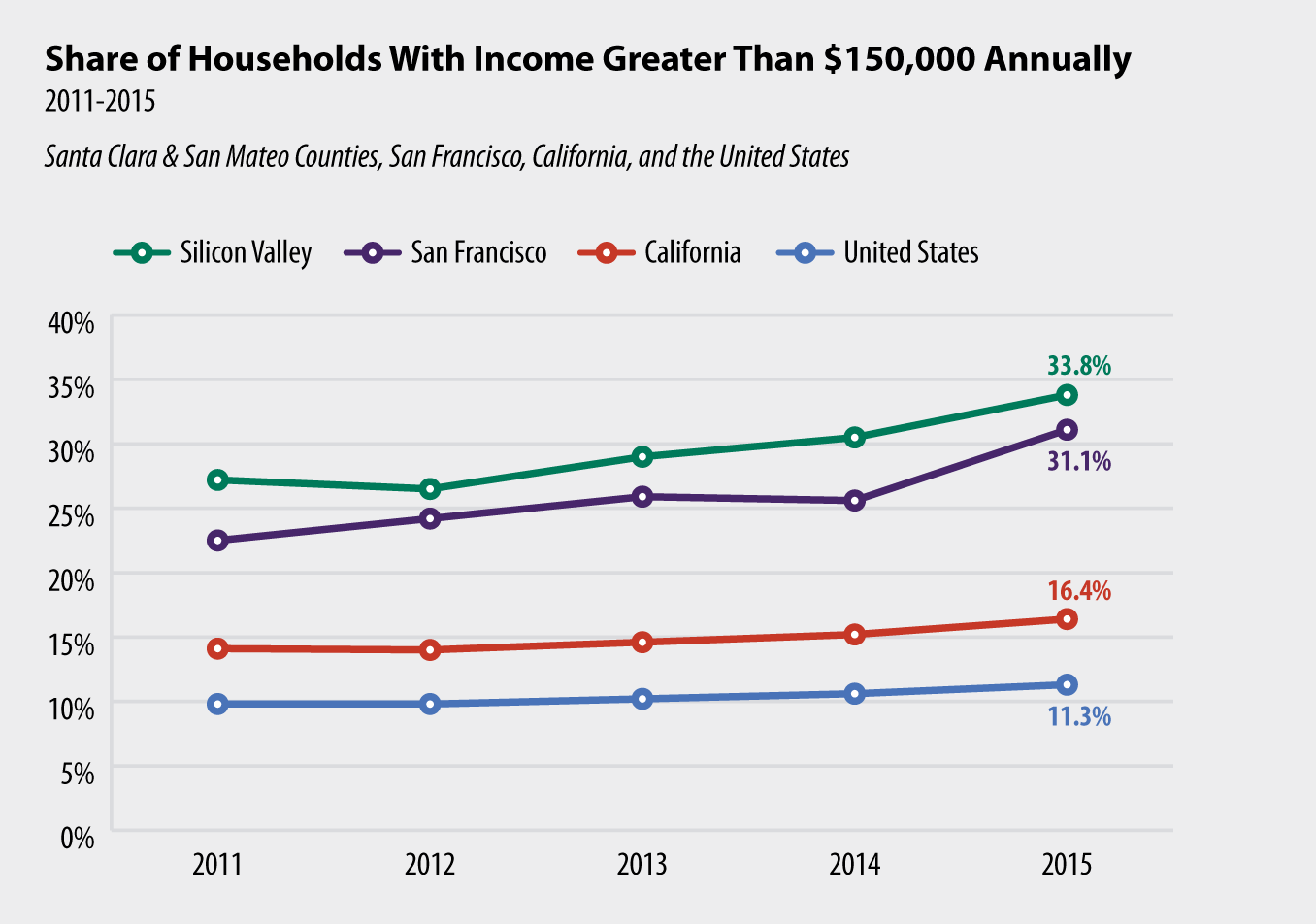 “This continual shift toward high-income households is compounding income inequality, which is already a huge issue in Silicon Valley,” added Massaro. 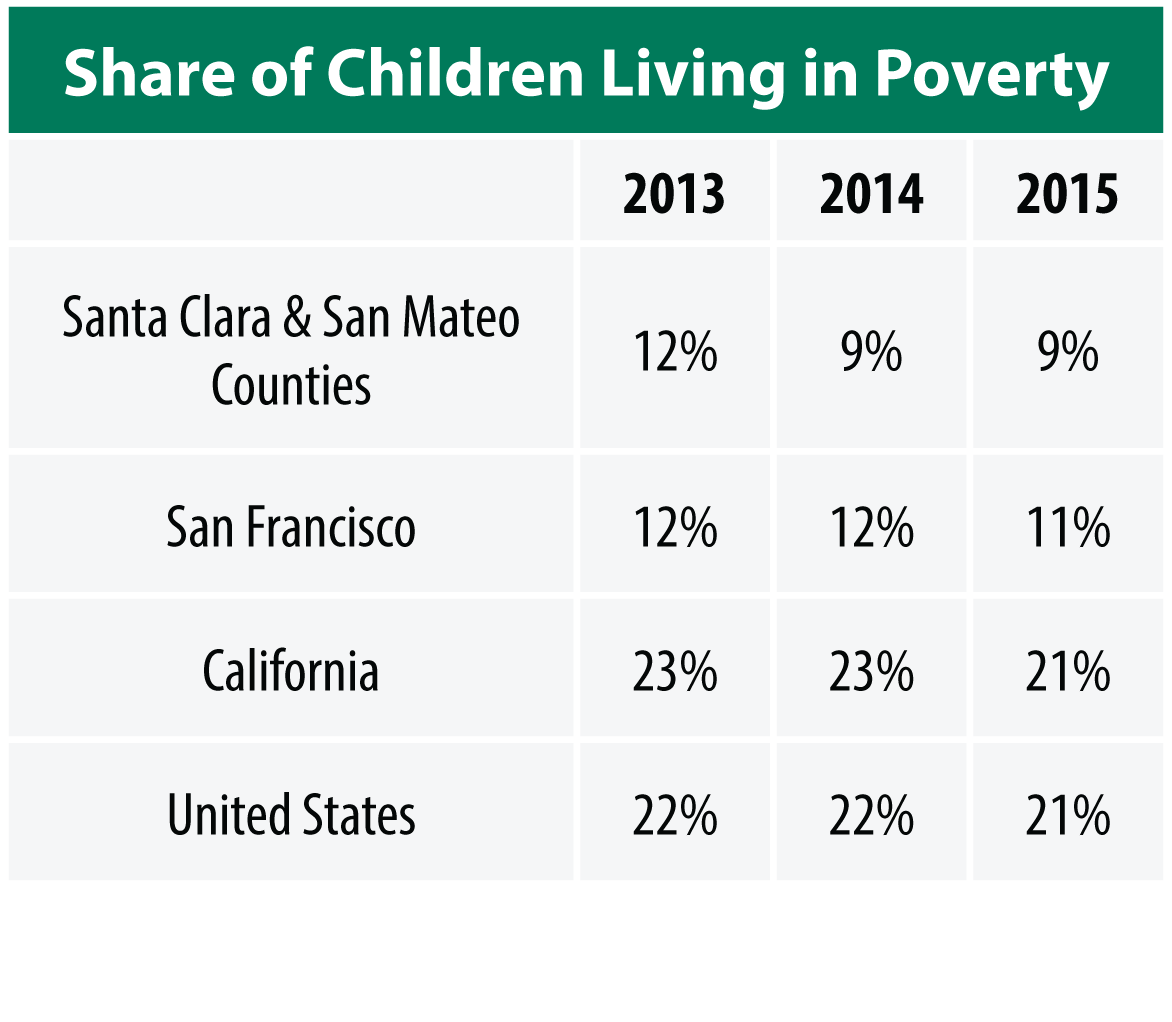 The Institute’s report also revealed that while poverty rates remained relatively unchanged (8.3% in Santa Clara and San Mateo Counties combined), the federal poverty measure underestimates poverty in our region and is likely getting worse each year.

The federal poverty threshold for a family of four only went up by 1.7 percent (to $24,250) between 2014 and 2105, whereas the cost of goods and services in the Bay Area went up by 2.6 percent and the cost of housing has risen sharply.

On a more positive note, the childhood poverty rate in Silicon Valley, which fell a whopping three percent between 2013 and 2014, remained low in 2015 at 9 percent.