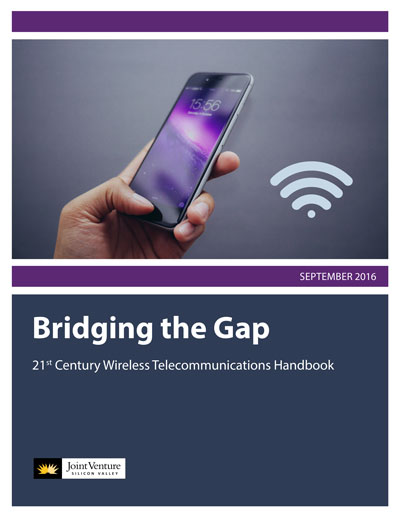 “Our use of wireless data is growing exponentially, while the networks that support them are often not upgraded to current technologies because municipal codes and ordinances haven't kept up with change,” said David Witkowski, Executive Director of the Wireless Communications Initiative and author of the guide.

The handbook was written to help local government leaders understand the current and future trends in technology, Witkowski said, and to help them understand the importance of adopting updated codes and ordinances that will allow deployment of modern wireless technologies.

“Our use of wireless data is growing exponentially, while the networks that support them are often not upgraded to current technologies because municipal codes and ordinances haven't kept up with change”

“Certain demographics including the poor, younger people, Latinos and people living in shared housing rely on wireless networks as their only affordable solution to make phone calls and access the internet,” Witkowski added.

The handbook, with references to nearly two dozen research and industry sources, informs local government leaders on such topics as 4G LTE, Heterogeneous Networks, LTE-Unlicensed, Wi-Fi, Internet of Things and 5G. The handbook also addresses regulatory issues at the federal and California state level, including the FCC “Shot Clocks” and California’s AB-57 law, and defines the role of wireless telecommunications in meeting the challenge of digital inclusion.

“Bridging the Gap” is available as a free PDF download, or as a printed version for purchase from Amazon.