“We can safely say this is unwanted time that could be spent working, being with families or in other, more useful ways.”
- Jon Haveman

An Institute analysis of regional traffic data shows that Silicon Valley workers who live outside of the region are spending an average of 113 minutes per day, or 57 hours per month, in their cars.

“They may spend their commutes listening to podcasts or radio or making phone calls,” said report author Jon Haveman, “but we can safely say this is unwanted time that could be spent working, being with families or in other, more useful ways.”

The report found that 21% of those employed in Silicon Valley live outside the region, while only 14% of Silicon Valley residents are employed elsewhere. Those commuting out of the region primarily head to San Francisco (55%) and Alameda (30%) Counties.

Residents who live and work in Silicon Valley have relatively short commute times, but even those have risen from just under 22 minutes in 2009 to an average of 26 minutes.

Commute times have increased, said Haveman, because Silicon Valley workers have been moving out of the region for more affordable housing and because of increased traffic. Most Silicon Valley residents, 74%, drive alone to work, 10% carpool and 6% take public transit to work.

“With continued job growth and this many people driving alone, traffic is only going to get worse,” said Haveman. 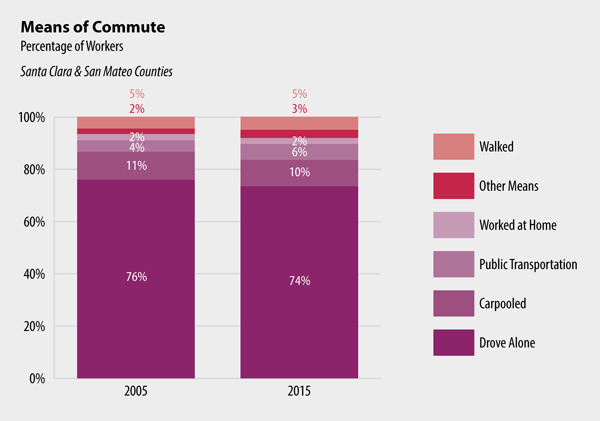 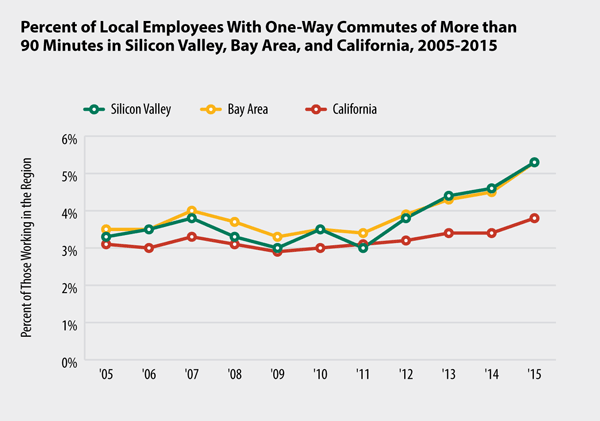 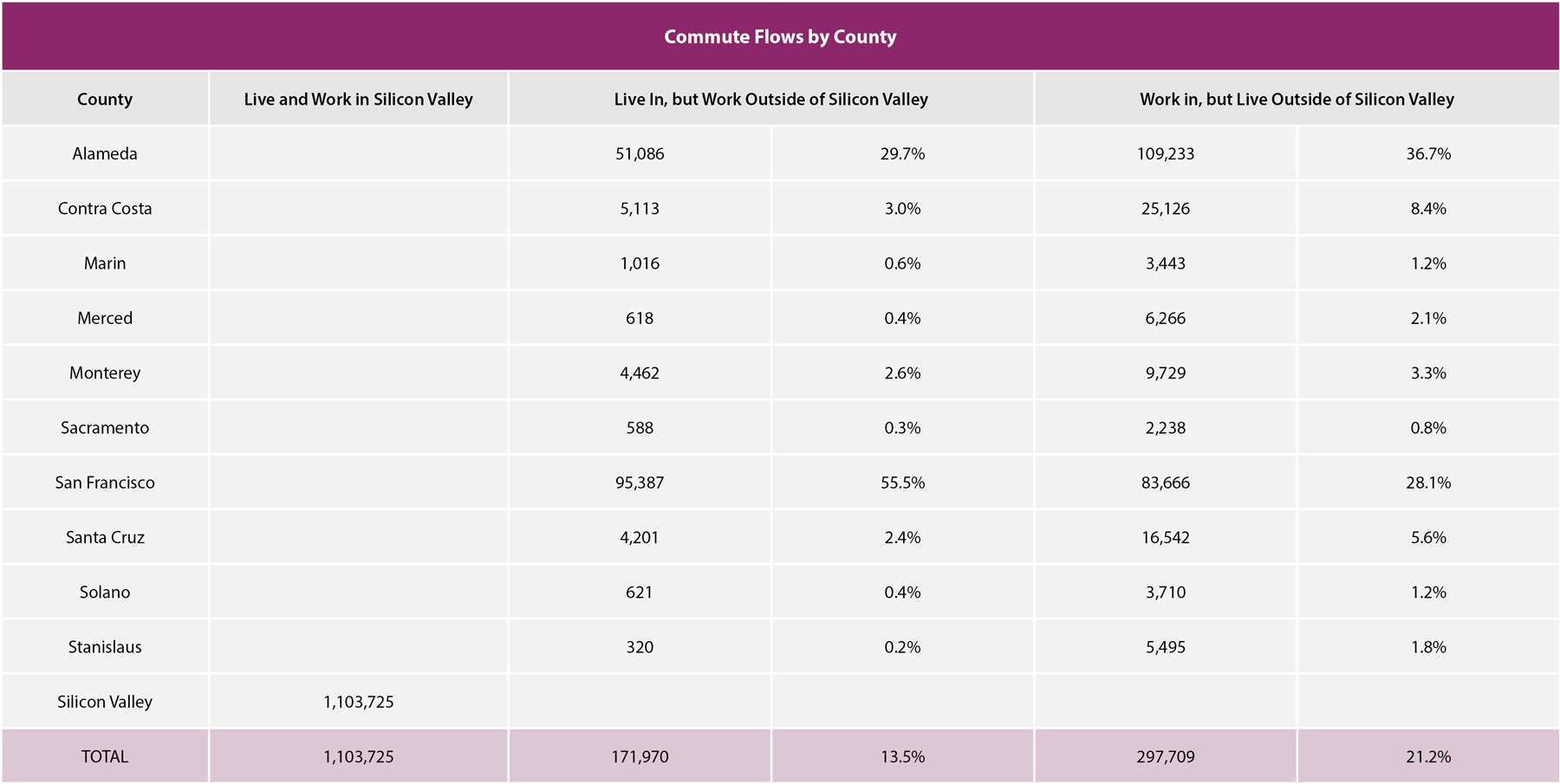 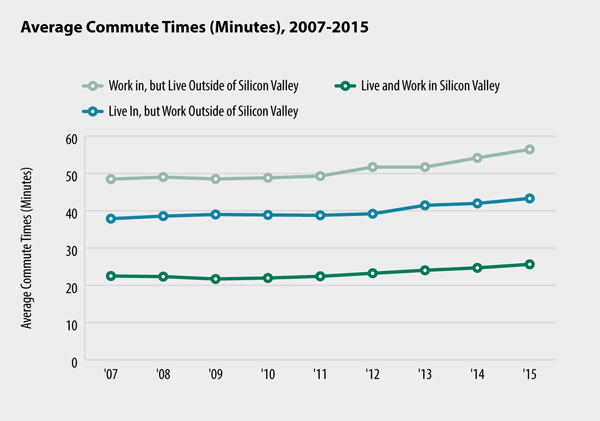 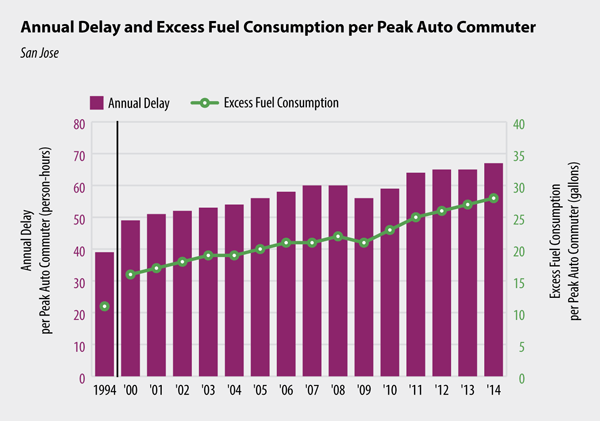