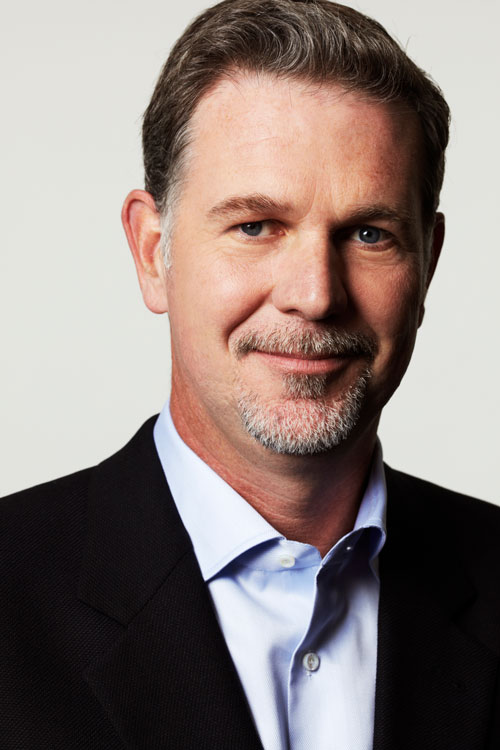 December 14, 2016 - Joint Venture Silicon Valley announced today that Reed Hastings, co-founder and CEO of Netflix and a philanthropic champion of education, is the recipient of the 2017 David Packard Award for civic entrepreneurship.

Hastings, chosen by a jury of Joint Venture board members, will receive the Packard Award at the 2017 State of the Valley conference February 17 at the San Jose McEnery Convention Center.

“Reed Hastings founded and runs an iconic Silicon Valley company and yet has made other interests a priority as well, especially education,” said Russell Hancock, president and CEO of Joint Venture. “He has invested his own personal energy into making Silicon Valley a better place.”

Hastings, who founded Netflix in 1997, served on the California State Board of Education from 2000 to 2004. He is currently on the boards of several educational organizations, including CCSA, DreamBox Learning, KIPP, and Pahara, and theHispanic Foundation of Silicon Valley. He also taught high schoolers in Africa during a stint with the Peace Corps in the 1980s.

He has been politically active on behalf of education reform, focusing on charter school advocacy and education technology. He contributed significantly to Proposition 88, a statewide parcel tax to fund K-12 education, in 2006.

Earlier this year he launched the Hastings Fund with $100 million “to provide students in poverty with exceptional educational experiences.”

The Hastings Fund’s first gift of $1.5 million went to the United Negro College Fund (UNCF) and the Hispanic Foundation of Silicon Valley.