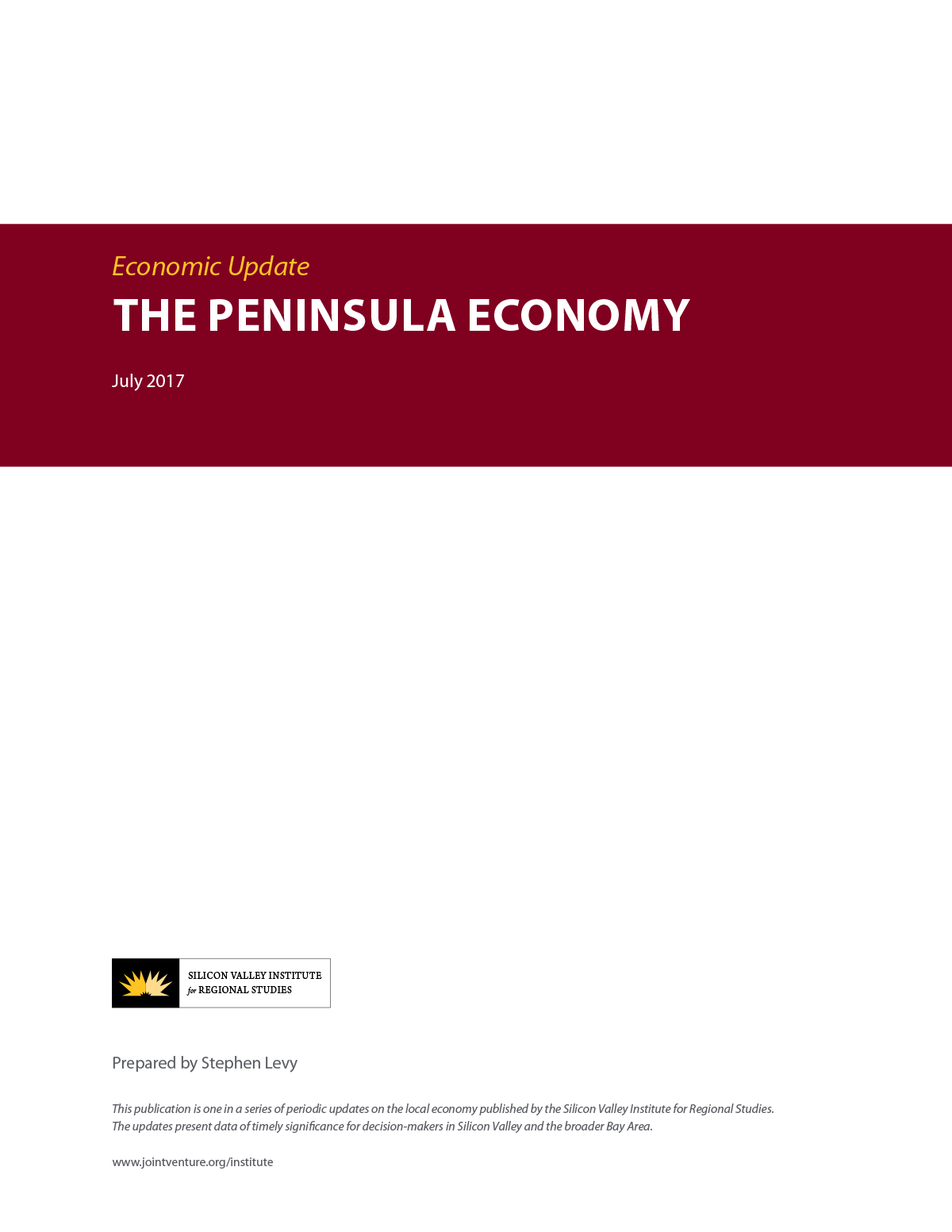 July 17 2017 – Peninsula job growth has slowed over the past year, yet the housing shortage became worse, with prices and rents rising faster than wages, according to a Joint Venture Silicon Valley Institute for Regional Studies report on the Peninsula economy at midyear.

The data, however, also shows a remarkable surge in Silicon Valley, the Bay Area and the state economy between 2012 and 2016, and there are continuing signs of new hiring, additional housing and transportation improvements.

“The job picture has mixed signals – slowing job growth in early 2017 accompanied by major expansion plans for Facebook in Menlo Park, Google in San Jose and Mountain View and many tech companies in San Francisco,” said Stephen Levy, senior economist for the Institute and director of the Center for the Continuing Study of the California Economy.

Despite the drop-off in new jobs, the report shows unemployment rates have declined sharply to levels not seen since the peak of the dot-com boom. The latest data shows the jobless rate at 3.0 percent in the San Jose metro area and 2.6 percent in the San Francisco metro area.

While wages in Silicon Valley over the past five years have risen 14 percent, the median apartment rent has shot up 42.5 percent. Over the last ten years, 80,285 housing units were added in Silicon Valley, nearly 58,000 units short of the number needed to keep pace with population growth.