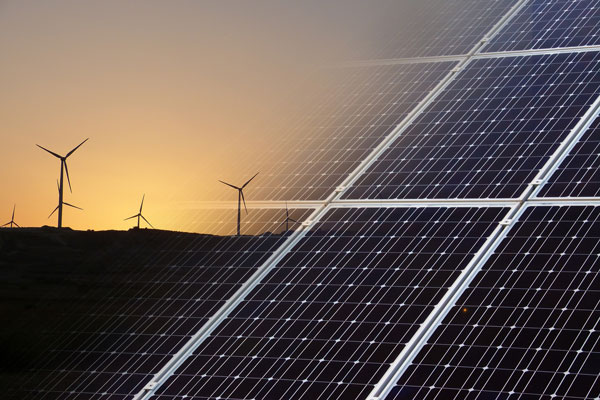 Silicon Valley customers have access to cleaner power than CA or the U.S. average

Based upon the Center for Resource Solutions June 20 release of the 2019 Green-e® Residual Mix Emissions Rates, the Institute’s analysis illustrates the scale of emissions reductions associated with the procurement of 100% carbon-free power from renewable resources and hydroelectric power generation including solar and wind from within California and the western power grid. These energy sources – which are much cleaner than the traditional mix that includes coal, natural gas, and other sources of power – are a large and growing part of the portfolio of Silicon Valley’s energy providers such as PG&E, municipal utilities, and community choice energy programs.

Green-e® Energy is the leading certification program for voluntary renewable energy in North America. The 2019 Green-e® Residual Mix Emissions Rates are "greenhouse gas (GHG) emissions associated with untracked and unclaimed U.S.-based sources of electricity, based on location of consumption." Essentially, the “residual mix” is what is leftover on the grid after all the Green-e® certified renewable energy credits that have been purchased—either alone or bundled with the power itself—are removed. These emissions rates are used to calculate the carbon dioxide (CO2) equivalent emissions associated with unspecified purchased or acquired electricity, classified as "Scope 2" emissions for carbon accounting purposes.

The Institute analysis illustrates the extent to which Silicon Valley's electricity providers have lower emissions intensities than the "residual" CAMX region (which encompasses most of California), and the nation as a whole. As shown in the attached chart, all of the power provided to Silicon Valley electric customers carries a fraction of the emissions intensity of the U.S. grid average, and is significantly cleaner than California's state average residual emissions intensity. PG&E sources power from hundreds of procurement contracts and has relatively clean energy with a 2017 emissions intensity factor that has declined by 67% over the past decade.

In Silicon Valley, all electricity consumers receive power sourced by either PG&E (an investor-owned utility), one of the two municipal utilities (Silicon Valley Power in the City of Santa Clara, or Palo Alto Utilities), or one of the locally-controlled public agencies sourcing clean electricity. These community choice energy options are relatively new to the region, and include Silicon Valley Clean Energy which serves 13 communities in Santa Clara County; Peninsula Clean Energy which serves 20 San Mateo County cities and the unincorporated portion of the county; and San Jose Clean Energy, the newest of the three, serving residents and businesses in San Jose since February of this year. The remaining Silicon Valley communities outside of the two counties are served by Monterey Bay Community Power (Scotts Valley) and East Bay Community Energy (Fremont and Union City); Newark opted out of joining the community choice energy program and thus remains served by PG&E.

According to Massaro, “The availability of clean electricity options locally is made possible, in large part, by the commitment of our communities and the leadership of our energy providers, in addition to the state's role in advancing renewable energy and decreasing dependence on fossil fuels.”

Silicon Valley’s relatively clean electricity has enabled the implementation of a variety of “natural gas fuel-switching” efforts. These include programs that promote the use of heat pump water heaters, induction cooktops, and the exchange of multi-family gas wall furnaces with heat pump space heaters. It has also helped to advance electric vehicle adoption throughout the region. Additionally, efforts to promote “building decarbonization” are underway which illuminate the environmental, air-quality, and cost benefits of all-electric buildings. 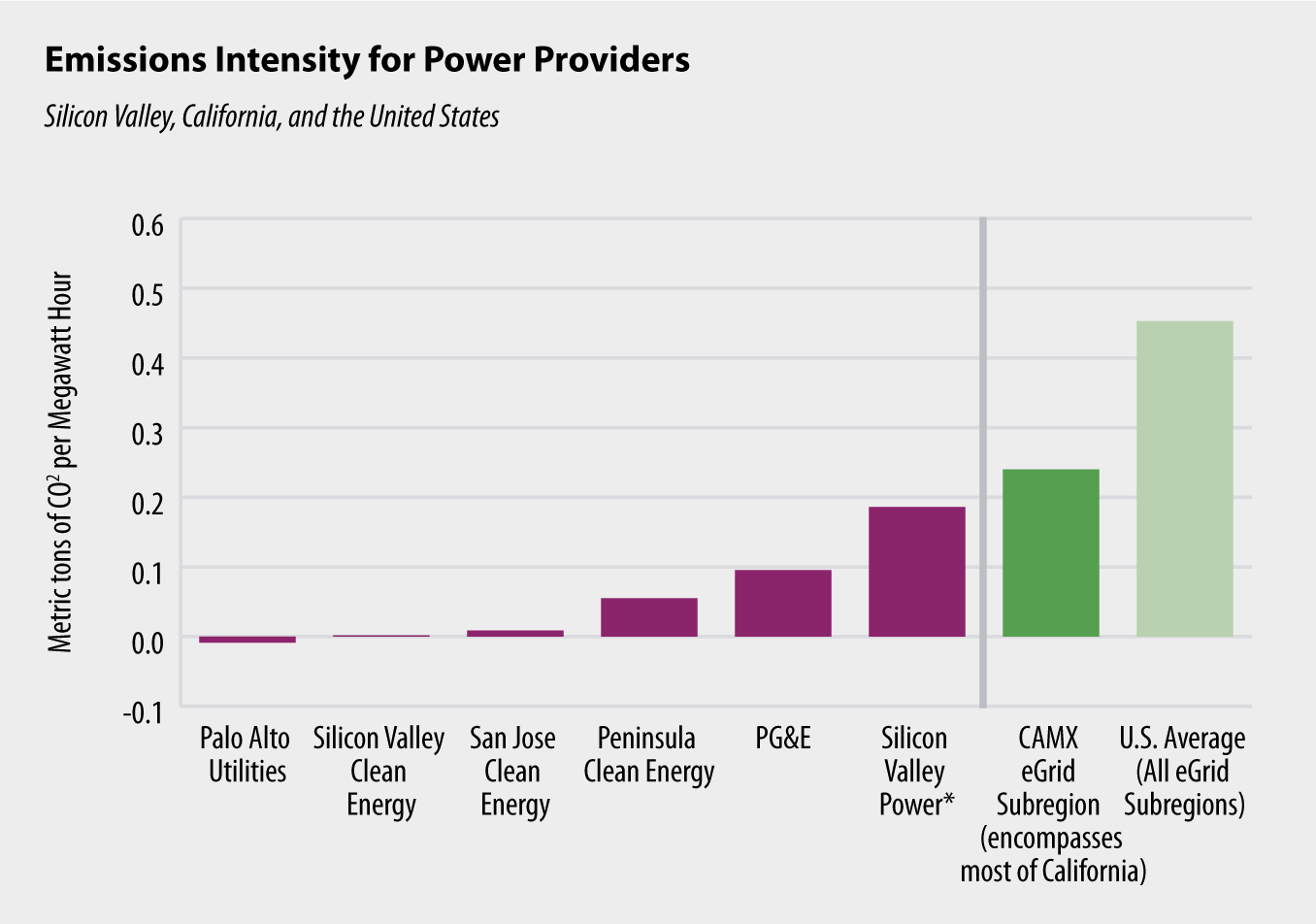 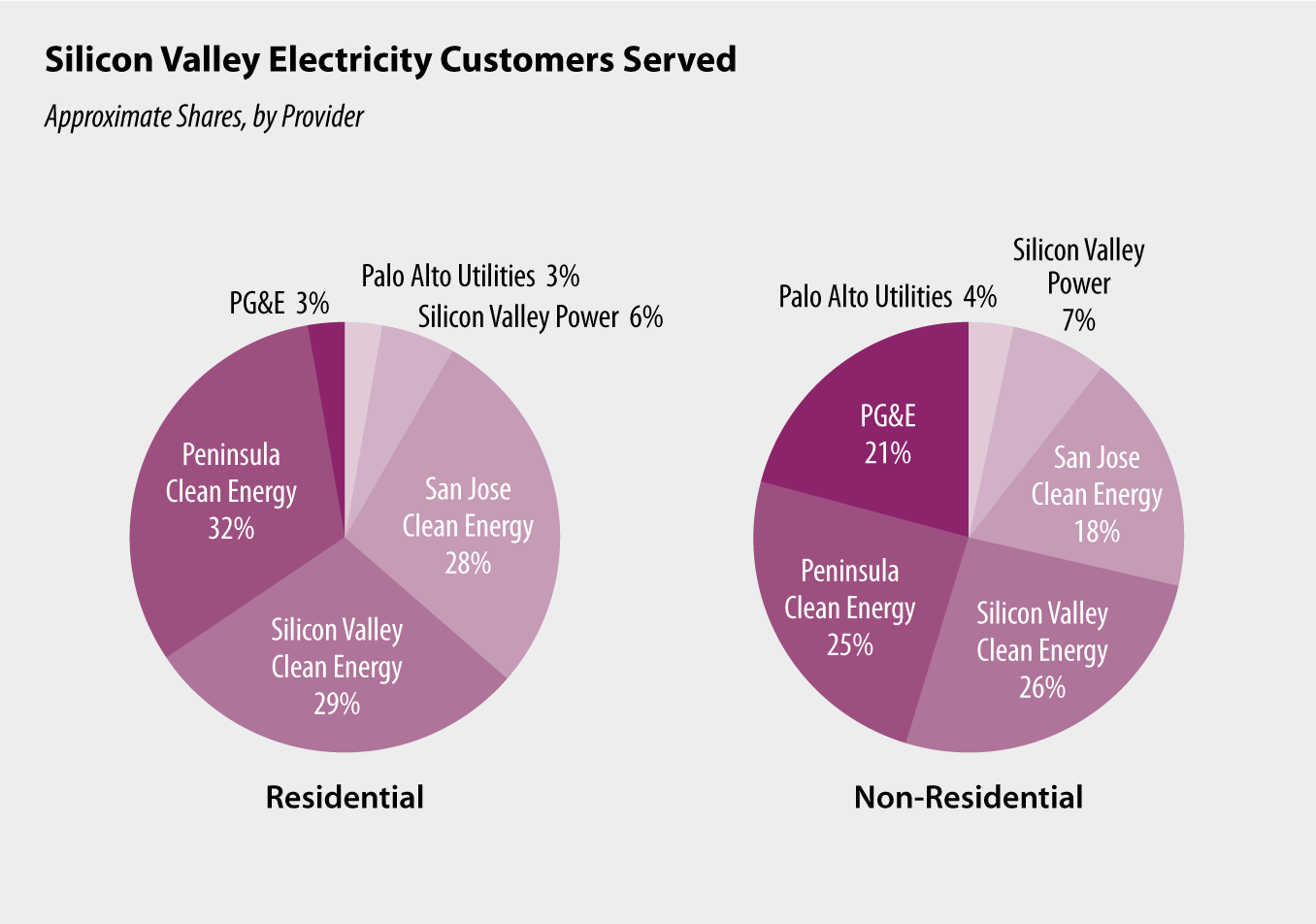 The Silicon Valley Institute for Regional Studies is the research arm of Joint Venture Silicon Valley, and is housed within the organization. The Institute provides research and analysis on a host of issues facing Silicon Valley’s economy and society. For more information, visit www.jointventure.org.