University President and Major Developer Added to Joint Venture Board 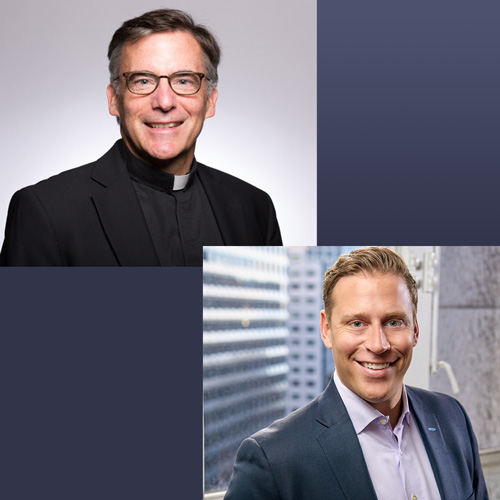 “We are delighted to add two new board members who add strength and gravitas to the work we do,” said Russell Hancock, President and CEO of Joint Venture.

Kevin O’Brien is a theologian, Jesuit priest, and educator who became the 29th president of SCU on July 1, 2019. Since 2016, O’Brien has served as dean of the university’s Jesuit School of Theology. He previously spent eight years at Georgetown University, the last five as vice president for mission and ministry. O’Brien is a graduate of Georgetown with a degree in government and of the University of Florida Law School. He practiced corporate litigation for two years.

O’Brien joined the Society of Jesus in 1996 and was ordained to the priesthood in 2006. He earned a master’s degree in philosophy from Fordham University and a Master of Divinity and a Licentiate in Sacred Theology from the Weston Jesuit School of Theology. He has taught philosophy and ethics at Saint Joseph’s University in Philadelphia and business law at Le Moyne College in Syracuse, New York.

Prior to TMG, Kochalski was principal and director of John Buck Company's JBC West division where he was responsible for over $2.7 billion of acquisitions and dispositions. Kochalski is a graduate of Ohio State University and holds a Bachelor of Applied Science in Civil Engineering. He earned an MBA in Real Estate Management, Finance, Entrepreneurship, and Innovation from Northwestern University’s Kellogg School of Management.