Silicon Valley Unemployment Increased to 3.1% in Earliest Response to COVID-19 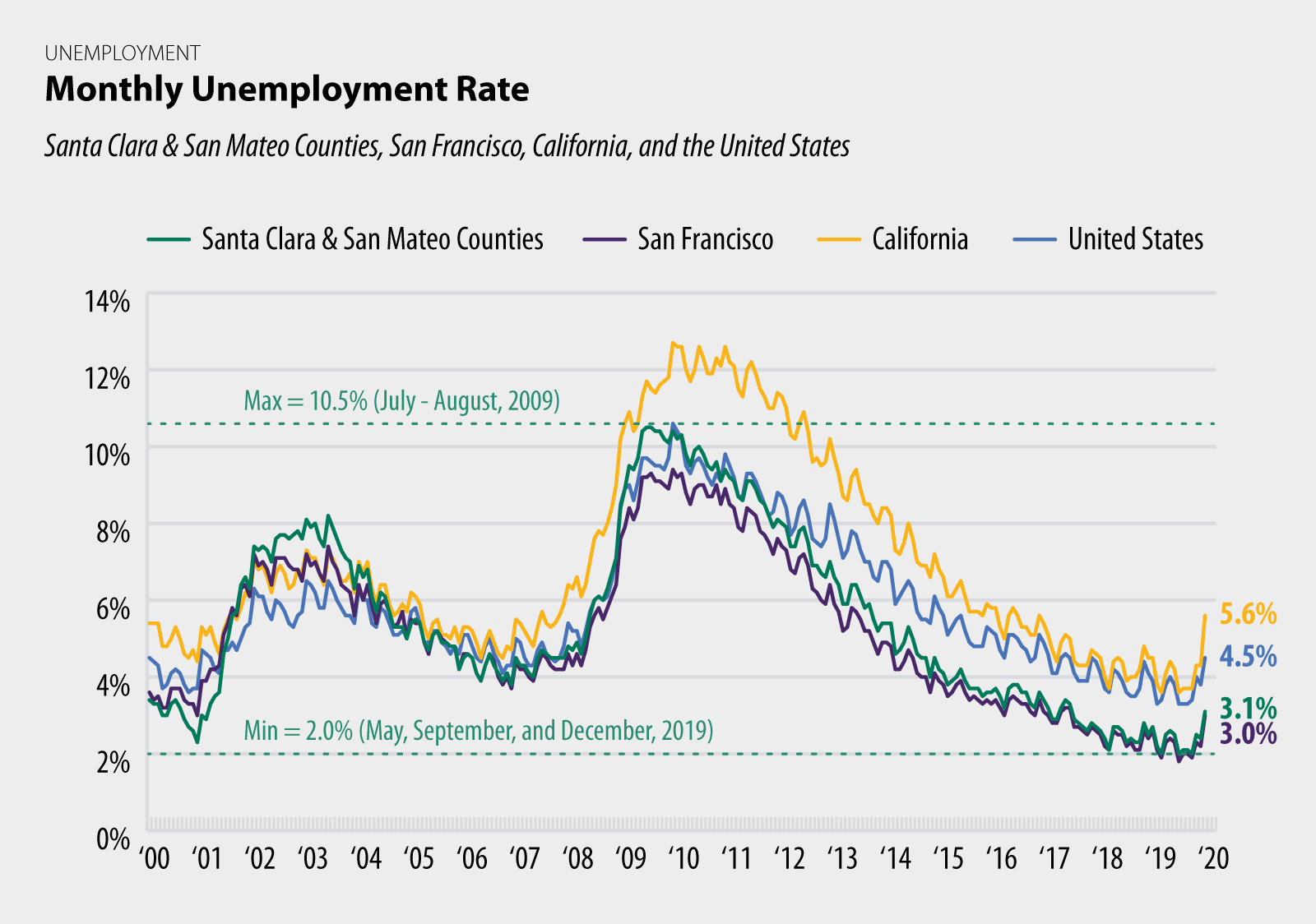 Silicon Valley’s preliminary March unemployment rate of 3.1% represented a sharp increase month-over-month, but it remains significantly lower than the recession-peak of 10.5% in the summer of 2009. The most recent regional data, however, provides a clear indication of what is happening to our workforce given the current public health crisis.

“The March rise in unemployment was to be expected given the global health crisis we’re facing and the shelter-in-place orders,” said Rachel Massaro, the Institute’s Director of Research. “But it’s likely just the tip of the iceberg. More than a quarter of Silicon Valley’s jobs are in potentially at-risk industries during the pandemic, such as retail, accommodation and food services, construction, transportation, warehousing, administrative services, arts and entertainment, among others. Given the statewide rise in unemployment claims of several orders of magnitude between mid-March and mid-April, we can expect to see much higher unemployment rates for April.”

Massaro added, “While much of the region’s unemployment is temporary – as a direct result of the shelter-in-place orders – many workers will face some level of diminished employment options as we move thorough this crisis. The number and type of job opportunities that emerge in the coming months may be heavily dependent on the duration of the crisis and the structure of our economic re-opening strategy, both of which are unknown at this point.”

Monthly unemployment rates are calculated using employment and labor force data from the Bureau of Labor Statistics, Current Population Statistics (CPS) and the Local Area Unemployment Statistics (LAUS). Rates are not seasonally adjusted. County-level and California data for March 2020 are preliminary, and were obtained from the California Employment Development Department.

The Silicon Valley Institute for Regional Studies provides research and analysis on a host of issues facing Silicon Valley’s economy and society. The Institute is housed within Joint Venture Silicon Valley. For more information, visit www.SiliconValleyIndicators.org.