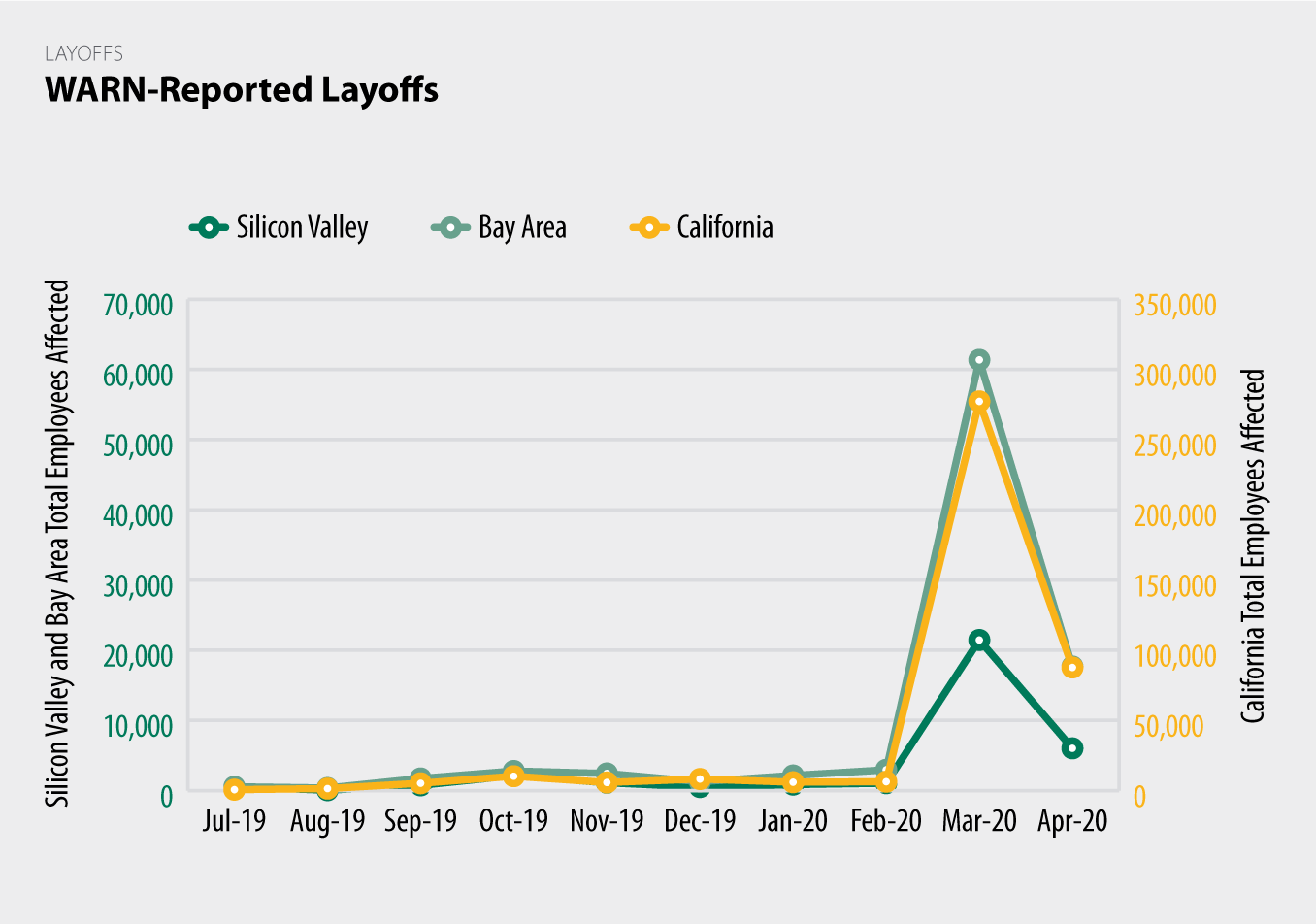 The EDD WARN data is supplemented by information from several other sources as WARN notices are not comprehensive of all layoffs and only include “covered establishments” which employ at least 75 people and layoffs that affect more than 50 people during any 30-day period. Notices may not include all planned layoffs at present due to the Governor’s issuance of Executive Order N-31-20 on March 4 which temporarily suspended the 60-day notice requirement in the WARN Act.

Similarly sharp increases in March 2020 layoffs were observed at the Bay Area and California levels as well.

“Layoffs are happening everywhere – at companies big and small – and they’re no surprise given the current circumstances,” said Rachel Massaro, the Institute’s Director of Research. “Most of these layoffs are in exactly the industry sectors we would expect – retail, accommodation, food services, arts and entertainment, and personal care.”

“It’s a promising sign that the vast majority of these layoffs are classified as temporary. Hopefully we’ll see these establishments begin to rehire their workforce in the coming months,” said Massaro.

Eighty-five percent of the March layoffs were classified as “temporary.”

Layoff data for April shows a month-over-month decline, but is likely a gross underestimate due to the 60-day suspension of required WARN layoff notices. To supplement the WARN report data, other sources confirm notable April layoffs at the following Silicon Valley establishments (among others):