Data Release: Silicon Valley unemployment rate for August down to 7.5%

September 18, 2020 – September 18, 2020 – Joint Venture Silicon Valley’s Institute for Regional Studies today released an analysis of post-COVID unemployment rates alongside 20 years of pre-COVID historical data. The analysis came after today’s release of preliminary August 2020 labor market data from the U.S. Bureau of Labor Statistics (BLS) via the California Employment Development Department (EDD). The numbers reflect the sharpest month-over-month decline since the region’s unemployment rate peaked at an unprecedented 11.6 percent in April. Between mid-July and mid-August, residential employment in Santa Clara and San Mateo Counties rose by 10,850 people, bringing the employment rate down to 7.5 percent.

The Institute’s Director of Research, Rachel Massaro, noted, “We have a long way to go to get back to the two or three percent unemployment rates we saw pre-pandemic, but at least we’re heading in the right direction. Much of the recent job gain was attributed rehiring our educators for the start of the school year. What we need to keep an eye on are jobs in retail, restaurants, and personal care services – those hands-on, face-to-face jobs that we lost en masse in the effort to reduce transmission rates.”

The region’s unemployment rate has not only been affected by the total number of unemployed workers, but also by the changing number of people in the labor force (the denominator in the unemployment rate calculation). While the regional unemployment rate peaked in April and May, that period was also a low point in the total labor force (which declined to nearly 1,440,000 from a 2019 average of 1,527,000); the Silicon Valley labor force has since increased by approximately 23,000 people, with a peak month-over-month increase of 2.6 percent between May and June.

The methodological caveats regarding data collection and misclassification during COVID-19 persist (as discussed in detail in previous Institute releases), although the effect has lessened over time according to the BLS. The September 18 BLS News Release states, “Despite the considerable decline in its degree relative to prior months, this misclassification continued to be widespread geographically.” The release went on to explain that these misclassifications not only affected national unemployment rates, but those at the local level as well. “Unemployed people that serve as the primary inputs to the state models were affected to varying degrees by the misclassification, which in turn affected the official LAUS estimates for August 2020.” Additionally, the release notes COVID-19 has impacted both the “birth-death model” (of business openings and closures) stating, “due to the impact of COVID-19, the relationship between business births and deaths is no longer stable.” It further notes that, for the first time in July and August, establishments reporting zero employment were utilized in the estimation methodology using a probability approach to account for additional business closures, deemed “excess zeroes.”1

“It’s important to stress that the pandemic has affected the calculation methodology that’s used to estimate unemployment rates at the national level, and that those affects propagate to the state and local levels,” said the Institute’s Director of Research, Rachel Massaro. “At this point in time, it’s difficult to estimate the extent to which all of those methodological impacts combined are affecting the reported rates.” 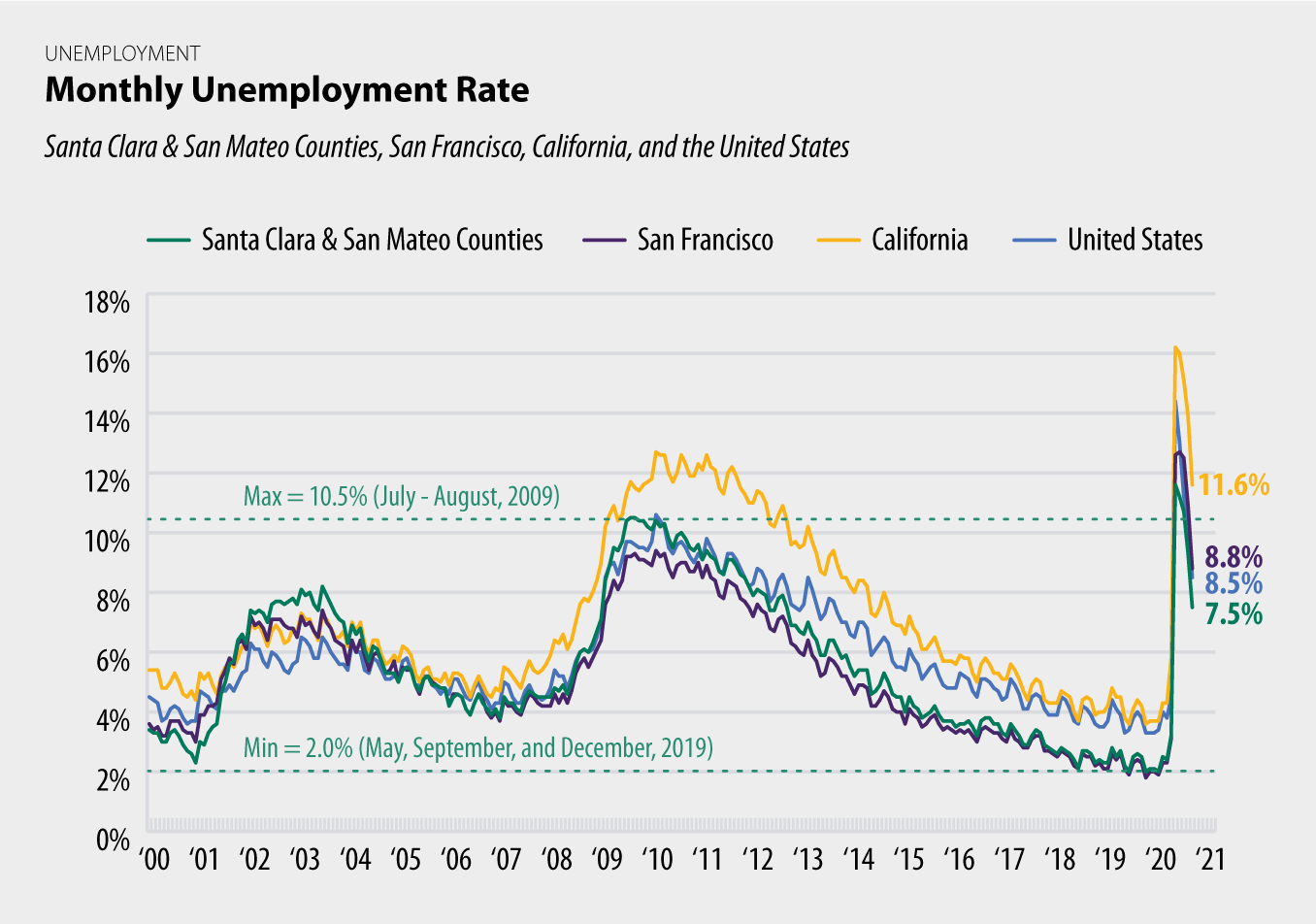 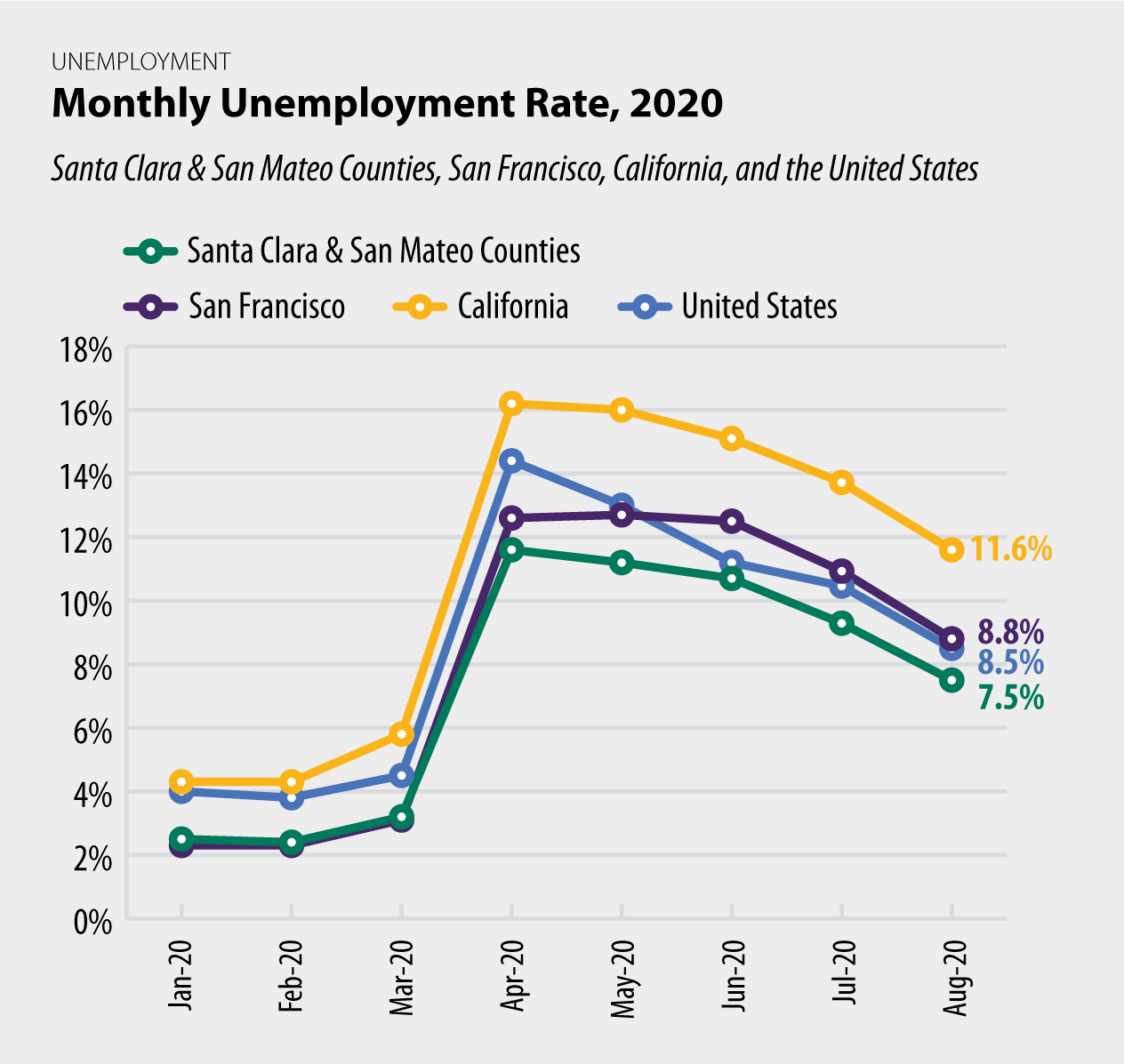 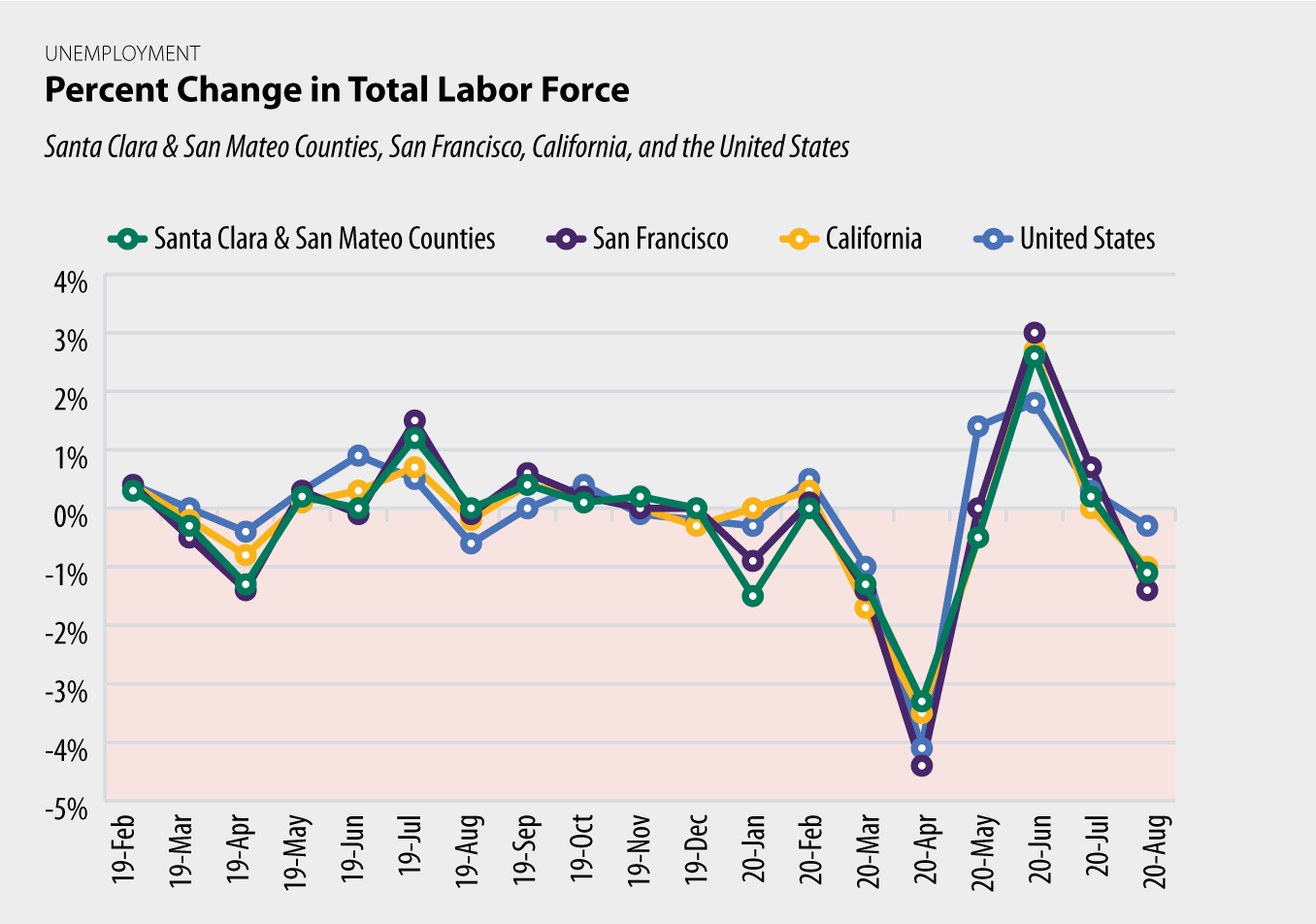 Monthly unemployment rates are calculated using employment and labor force data from the Bureau of Labor Statistics, Current Population Statistics (CPS) and the Local Area Unemployment Statistics (LAUS). Rates are not seasonally adjusted. County-level and California data for July and August 2020 are preliminary, and county-level data for August are from the California Employment Development Department September 18 release.