October 16, 2020 – Joint Venture Silicon Valley’s Institute for Regional Studies today released analysis of Silicon Valley’s unemployment rate through September along with the historical trend back to the year 2000.

The analysis follows this morning’s release from the California Employment Development Department (EDD). The September data that were released represent the first look at regional employment since the school year started in mid- to late-August. 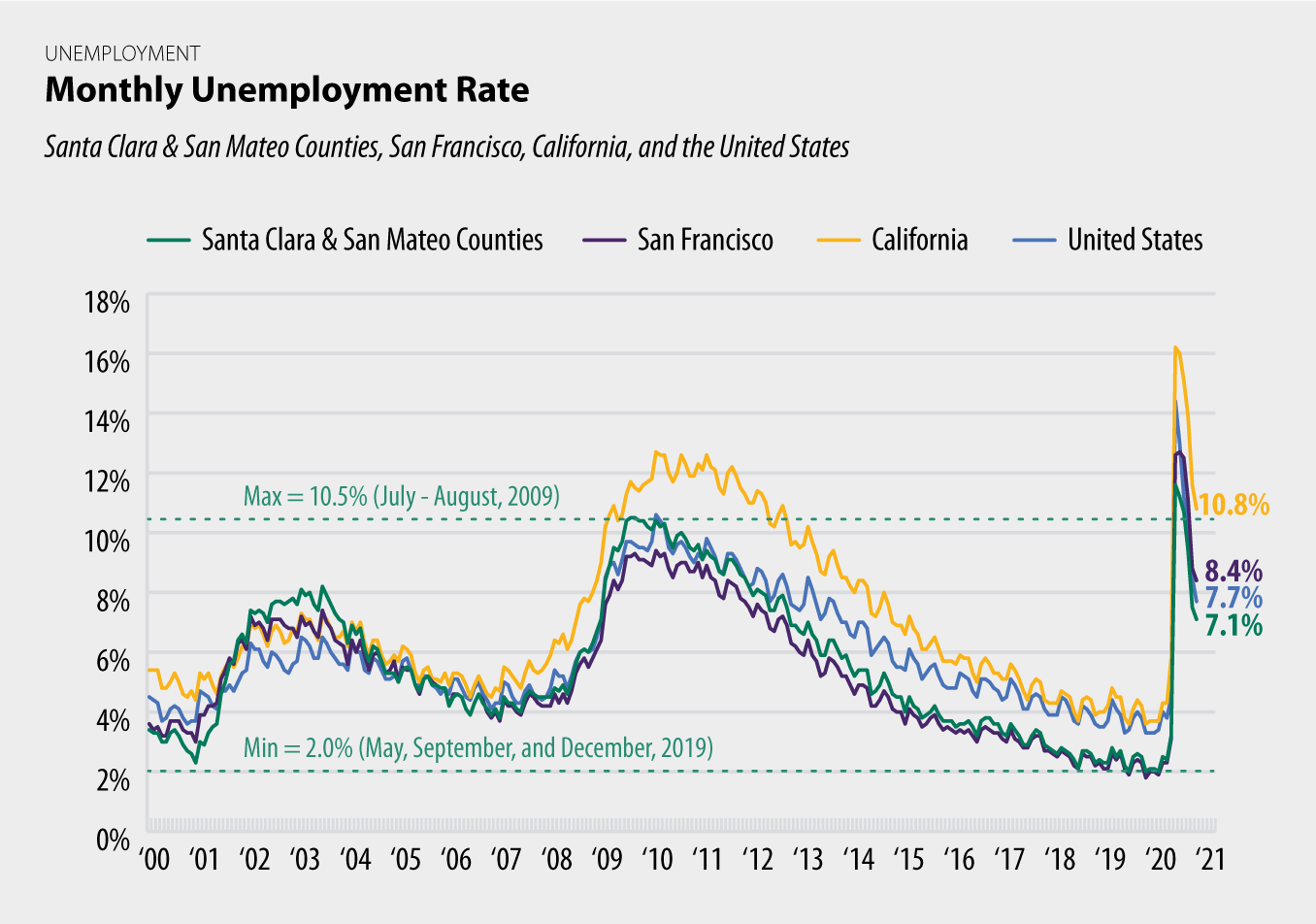 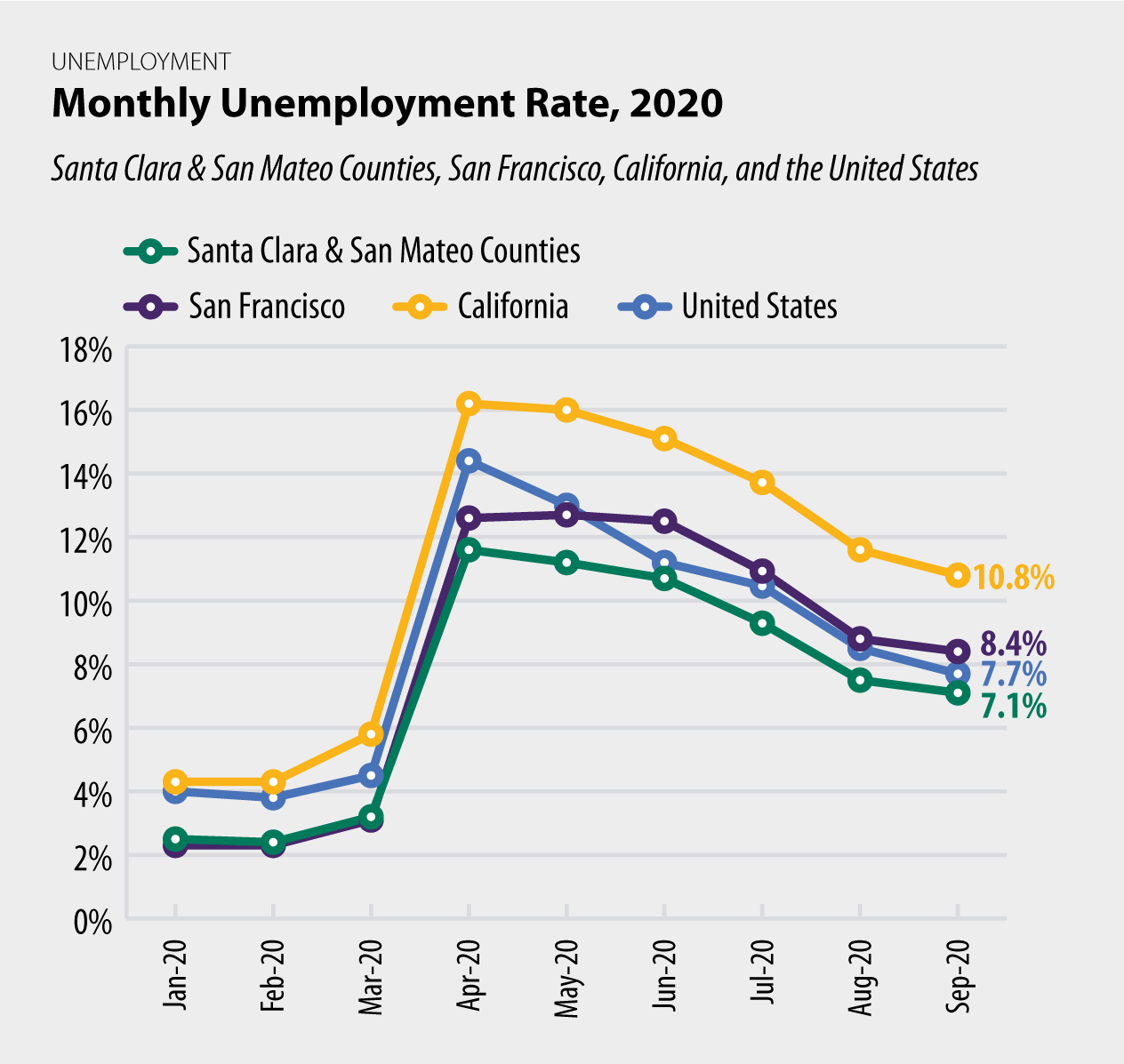 “The September employment numbers are mostly telling us what we already know – that the school year started and many educators went back to work. There’s also a continued need for healthcare and social assistance jobs during the pandemic,” said Rachel Massaro, the Institute’s Director of Research. “What was slightly more surprising was the large jump in clothing store jobs, with around 1,600 additional people employed across four counties.”

Monthly unemployment rates are calculated using employment and labor force data from the Bureau of Labor Statistics, Current Population Statistics (CPS) and the Local Area Unemployment Statistics (LAUS). Rates are not seasonally adjusted. County-level and California data for August and September 2020 are preliminary, and county-level data for September are from the California Employment Development Department October 16 release.