December 18, 2020 – Silicon Valley’s unemployment rate continued its gradual decline since the pandemic-high of 11.6% in April, decreasing by a fraction (0.8) of a percentage point to 5.1% between mid-October and mid-November, according to analysis released today by Joint Venture Silicon Valley’s Institute for Regional Studies.

The analysis follows this morning’s release from the California Employment Development Department (EDD).

Silicon Valley’s 5.1% unemployment rate is less than half of the April high (11.6%), but remains more than double what it was in November of 2019.

“We’re seeing a gradual improvement in the region’s unemployment rate, but it’s a lagging indicator. The data show us that 76,000 of our region’s workers were unemployed in November, not reflecting recent shut-downs,” said Rachel Massaro, the Institute’s Director of Research. “While it’s important for us to continue to analyze and understand the numbers, it’s also important to keep in mind the things that aren’t quantifiable – like the uncertainty that many workers face on a daily basis, wondering if they’ll still have a job tomorrow.”

The November unemployment rates are based on mid-November data, therefore do not reflect the impact of the county downgrades to the state’s Purple tier, or the recent stay-at-home orders that went into effect on December 6 in Santa Clara County, and this past Wednesday, December 16 in San Mateo County. 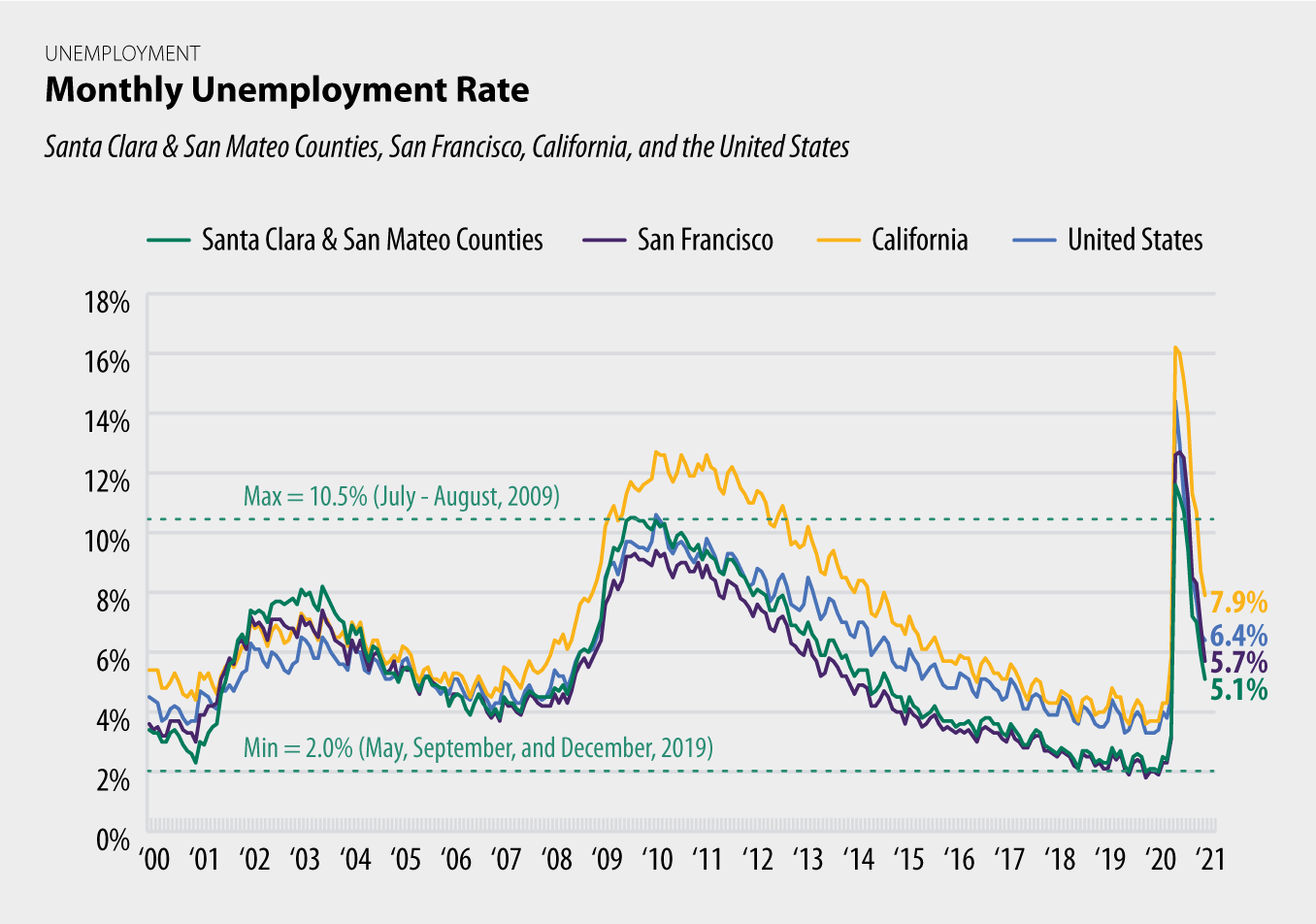 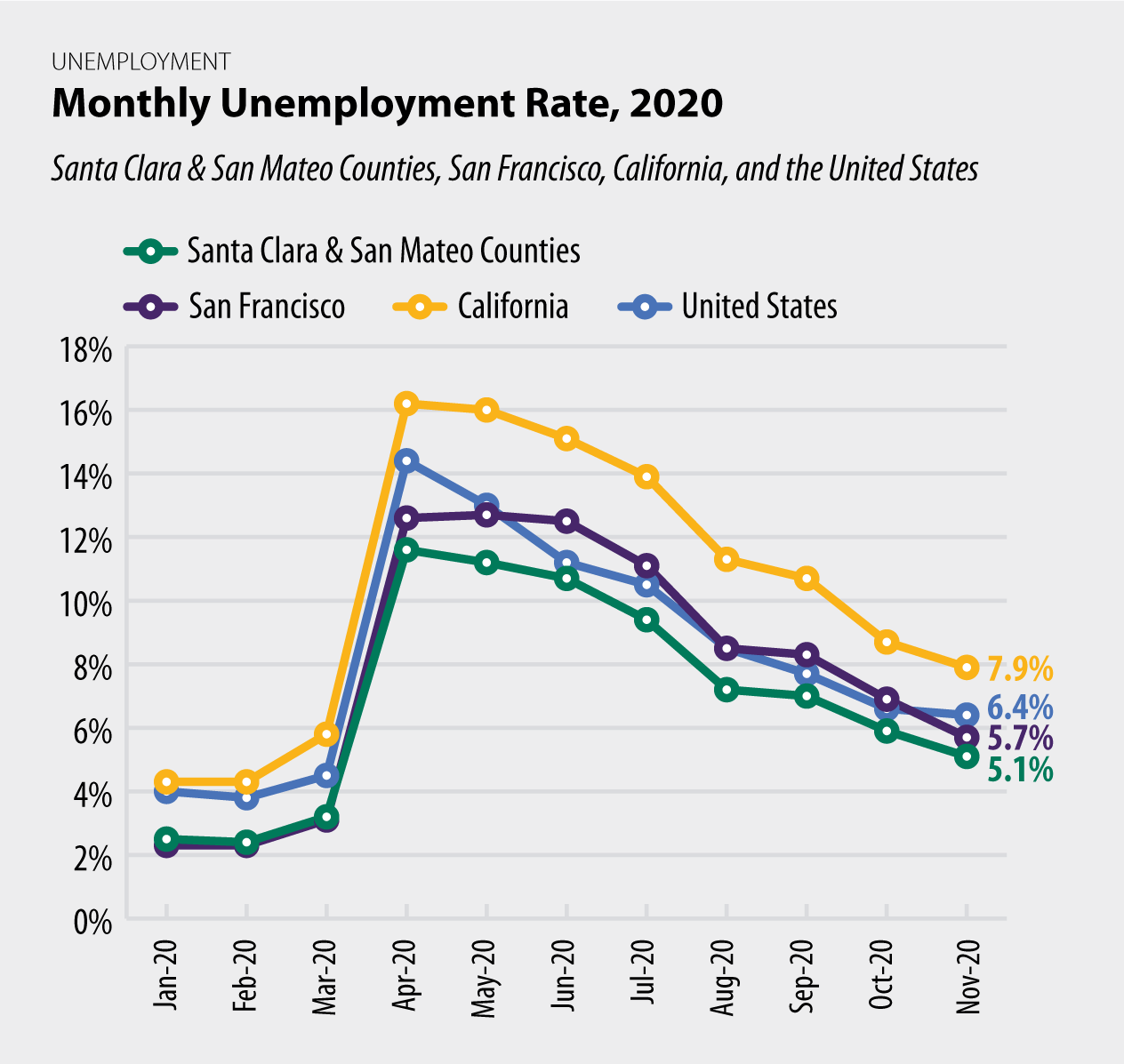 Monthly unemployment rates are calculated using employment and labor force data from the Bureau of Labor Statistics, Current Population Statistics (CPS) and the Local Area Unemployment Statistics (LAUS). Rates are not seasonally adjusted. County-level and California data for October and November 2020 are preliminary, and county-level data for November are from the California Employment Development Department December 18 release.