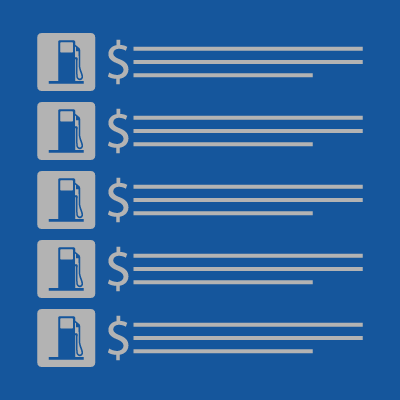 January 19, 2021 – As a result of direct efforts by Joint Venture Silicon Valley calling for transparency, the California Energy Commission (CEC) has for the first time made public how much gasoline California’s top cities consume. The data reveals that Los Angeles and San Diego sell the most gasoline annually, at 551 million gallons and 455 million gallons, respectively. Of the largest cities, Sacramento consumes the most gasoline per capita, at 541 gallons per person per year. Riverside County’s city of Corona tops the overall list for per capita gasoline consumption, at 665 gallons per year.

The CEC website lists the top 10 cities by gasoline sales as follows:

This new data is the result of advocacy by Silicon Valley officials in collaboration with Joint Venture Silicon Valley and its “Beyond Gasoline” initiative led by the nonprofit, Coltura.

“Burning gasoline – primarily in cars, trucks and SUVs – is the biggest source of human-caused carbon emissions in California,” said Janelle London, executive director of the Beyond Gasoline initiative and co-executive director of Coltura. “Giving the public access to city-level data on gasoline sales will allow residents to track their community’s progress on clean air and climate goals, and to hold themselves and their elected official accountable.”

The California Energy Commission collects annual gasoline sales volumes from retail gas stations throughout the state. Until now, the city-level data had never published. Joint Venture, Coltura, and elected officials from across Silicon Valley advocated for publication of gasoline sales data by city to help local governments set gasoline reduction goals and to evaluate the effectiveness of policies aimed at reducing transportation emissions.

“Silicon Valley is known for using data and metrics to improve lives,” said San José Mayor Sam Liccardo, a Joint Venture Silicon Valley board member and signatory of the letter to the CEC. “This decision from the California Energy Commission will open the door to data and will enable cities to craft the policies we need to dramatically reduce our carbon footprint.”

“Gasoline sales are a direct measure of our progress toward greenhouse gas reduction,” said Russell Hancock, President and CEO of Joint Venture. “As California pursues a goal of net-zero carbon emissions by 2045, this data will empower cities to develop more targeted and effective strategies to reach our climate goals. We believe that with our culture of innovation, coupled with putting this data to work, Silicon Valley can lead the way in gasoline reduction. ”

Note: Coltura has obtained gasoline sales data for all California cities with at least four gas stations, at the city and zip code level, including number of gas stations in each city.

Coltura is a west-coast based nonprofit improving climate, health and equity by accelerating the switch from gasoline and diesel to cleaner alternatives. Since its founding in 2014, Coltura has focused on changing gasoline supply, gasoline demand, and gasoline culture through innovative legal and policy pathways, media, and art. For more information, visit www.coltura.org.