April 16, 2021 - Silicon Valley’s unemployment rate is back to where it was in November 2020. Today, Joint Venture Silicon Valley’s Institute for Regional Studies released analysis that shows late 2020 economic restrictions, along with a wave of COVID-19 cases contributed to an unemployment rate reaching nearly 6% in December. Since then, the region has experienced a gradual decline to 5.1% in March.

The analysis follows the April 16 release from the California Employment Development Department (EDD).

Silicon Valley’s 5.1% unemployment rate is less than half of the April high (11.6%), but remains higher than the 3.2% of mid-March last year.

“The region is on a slow path to recovery,” said Rachel Massaro, the Institute’s Director of Research. “It’s still unclear what that recovery will look like on an industry-by-industry basis. Food service jobs, for instance, are gradually increasing; yet, the industry overall barely has half the jobs it had prior to the pandemic.” 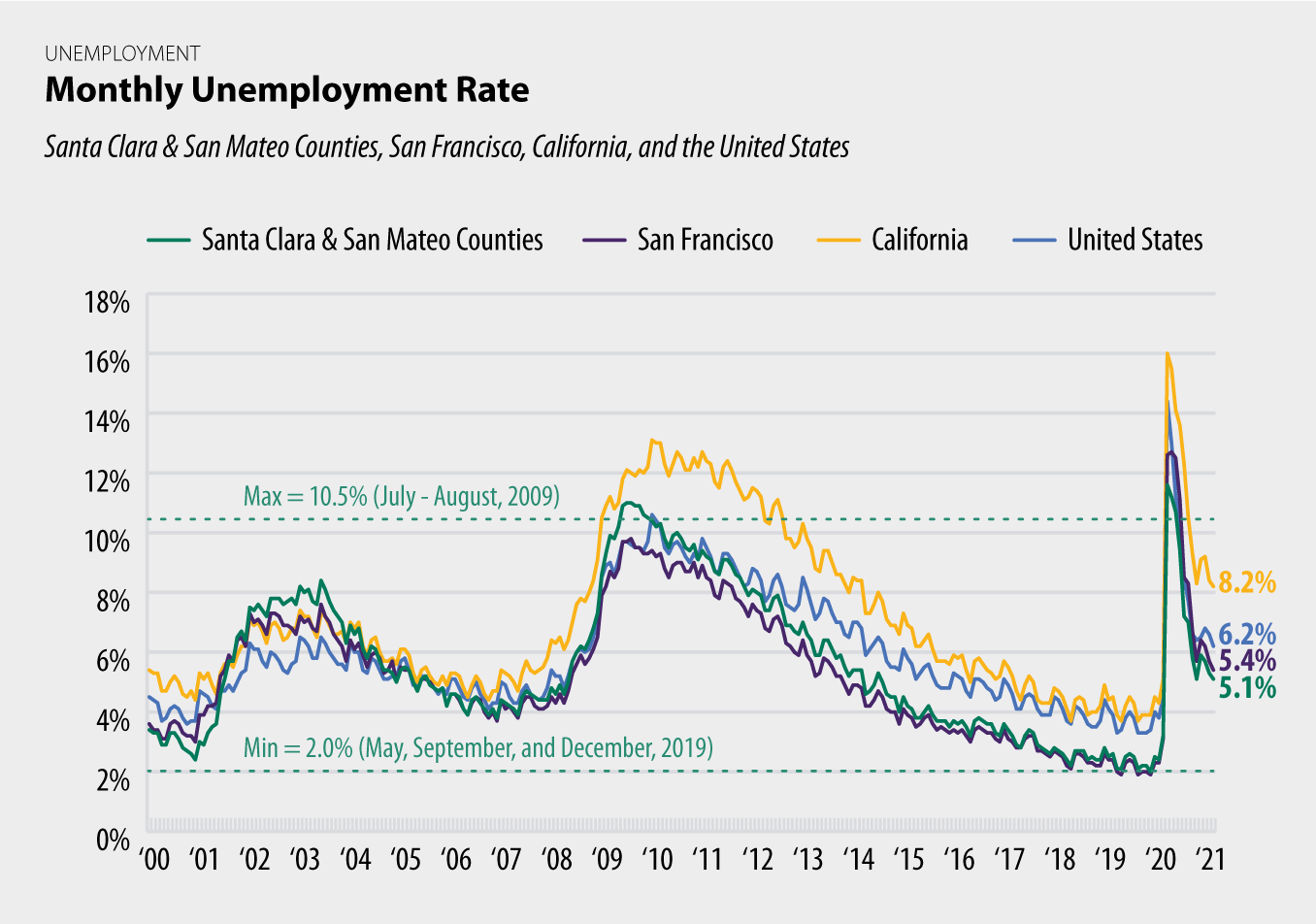 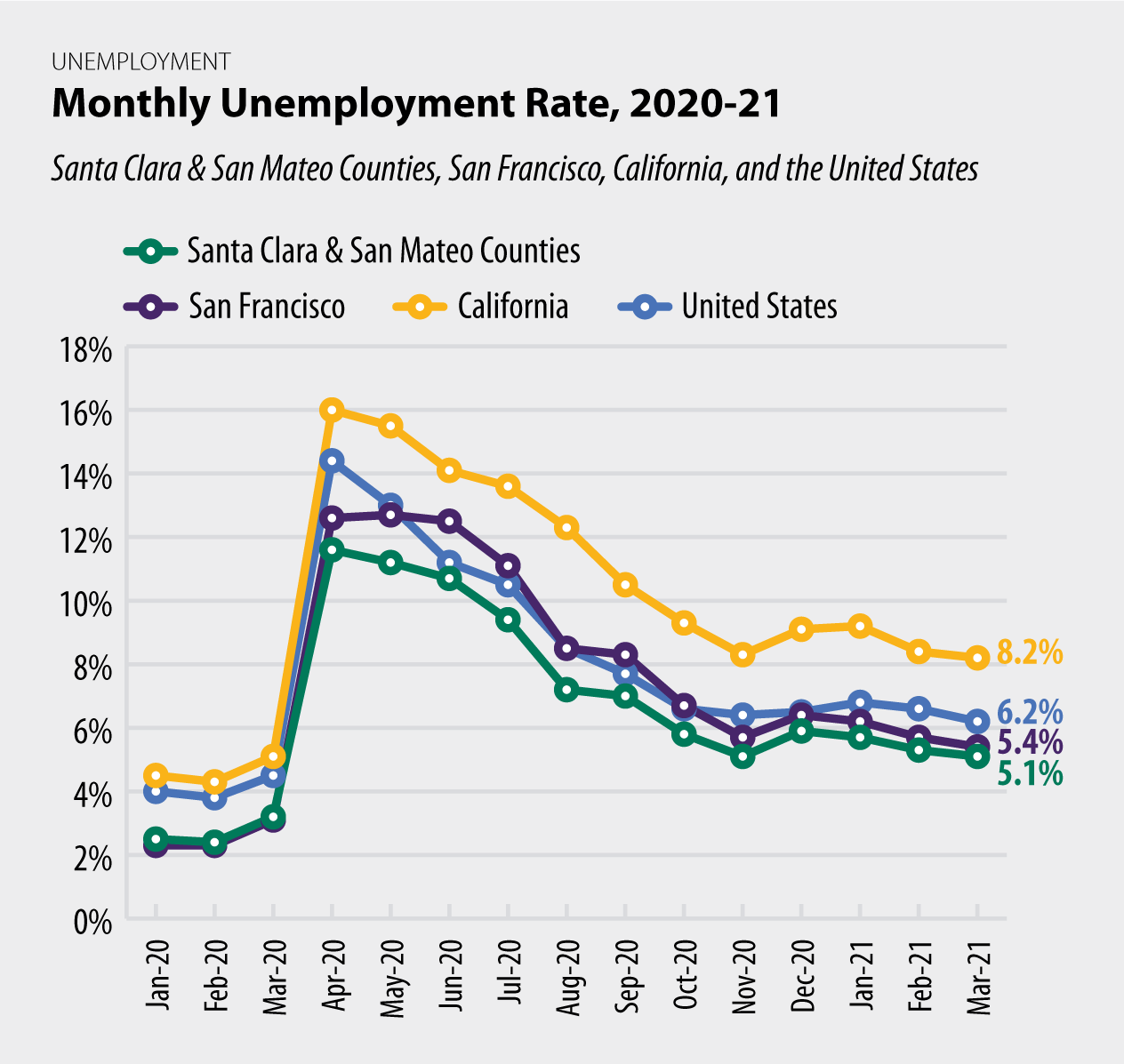 Monthly unemployment rates are calculated using employment and labor force data from the Bureau of Labor Statistics, Current Population Statistics (CPS) and the Local Area Unemployment Statistics (LAUS). Rates are not seasonally adjusted. County-level and California data for February and March 2021 are preliminary, and county-level data for March are from the California Employment Development Department April 16 release.