April rate of 4.9% is two-tenths of a percentage point lower than March

May 21, 2021 - Silicon Valley’s unemployment rate nudged slightly lower in April to 4.9%, though month-over-month declines are tapering off as the region slowly emerges from the pandemic crisis. Joint Venture Silicon Valley’s Institute for Regional Studies today released analysis that shows a small, two-tenths of a percentage point decline in the regional unemployment rate between March and April 2021. This decline represents an additional 2,600 employed throughout Santa Clara and San Mateo Counties.

The analysis follows the May 21 release from the California Employment Development Department (EDD). National-level data for April was released by the U.S. Bureau of Labor Statistics (BLS) on May 7.

The May 21 EDD news release noted the muted declines in unemployed workers as holding “steady” while the May 7 BLS release noted that the rates were “little changed” month-over-month across various segments of the workforce, such as men, women, teenagers, and various racial and ethnic groups (Asian, Black, White, and Hispanic). Both national and state employment gains in April were observed in Leisure and Hospitality, and Education.

“Silicon Valley’s emergence from the crisis is getting more people back to work, but we have a long way to go to full employment and our progress is slow,” said Rachel Massaro, the Institute’s Director of Research. “Instead of viewing these minimal employment gains as a stall in recovery, we could see this as our region’s turning point—a decisive moment in time where we face both the challenge and the opportunity to shape our new normal, with an aim toward quality jobs, career opportunities, and living wages.” 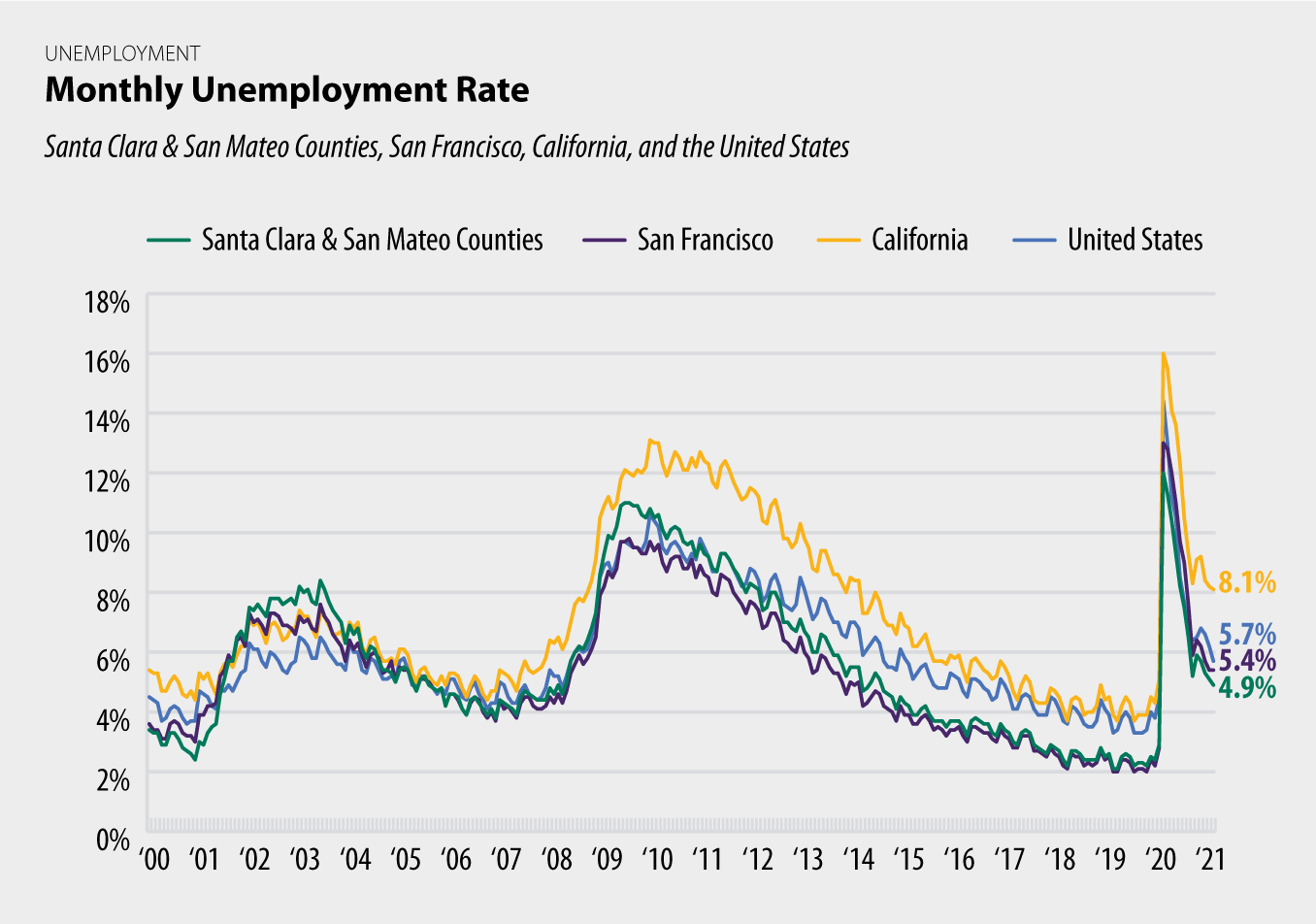 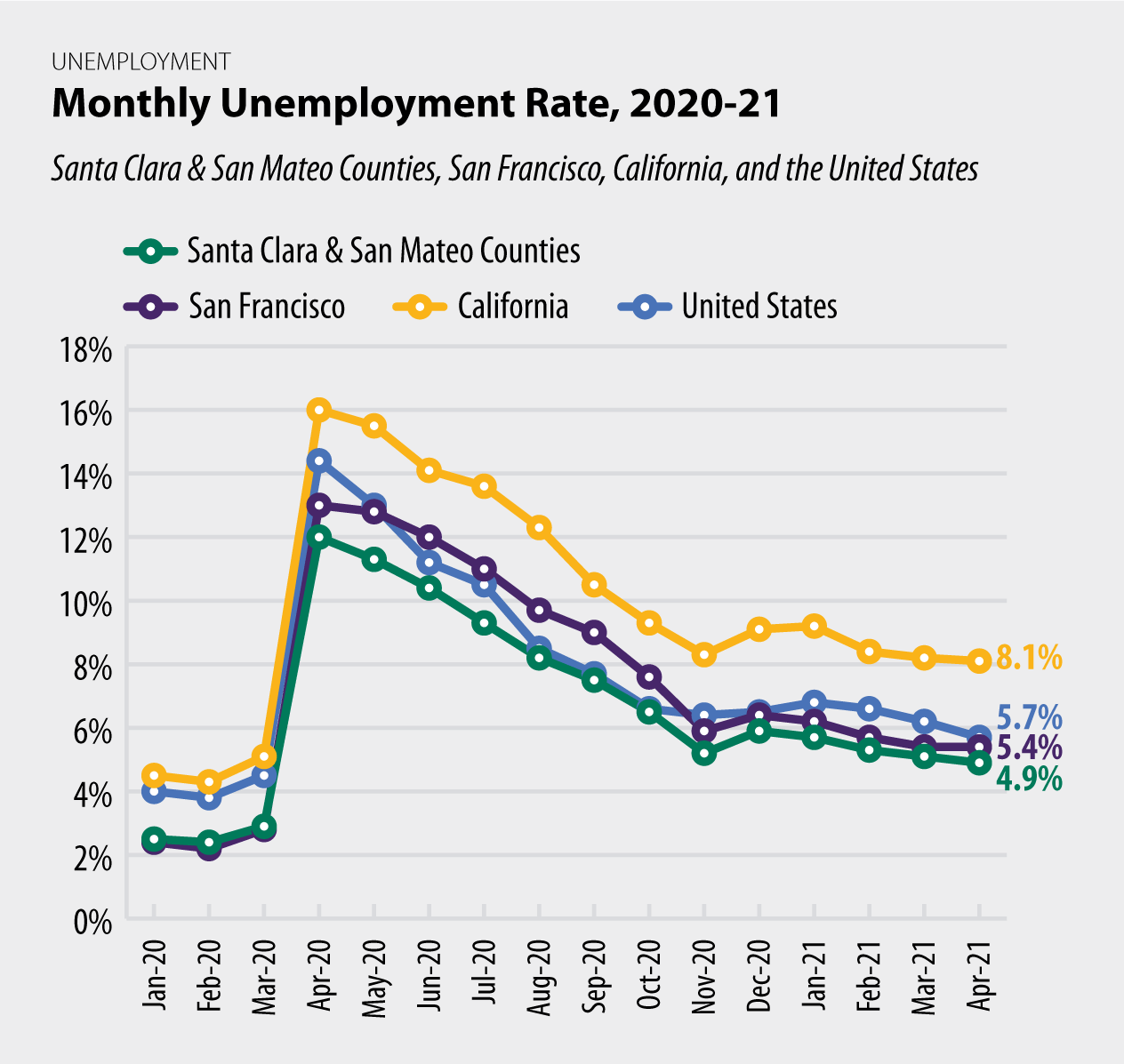 Monthly unemployment rates are calculated using employment and labor force data from the Bureau of Labor Statistics, Current Population Statistics (CPS) and the Local Area Unemployment Statistics (LAUS). Rates are not seasonally adjusted. County-level and California data for March and April 2021 are preliminary, and county-level data for April are from the California Employment Development Department May 21 release.