June 18, 2021 – Silicon Valley’s unemployment rate continued in a slow downward trend into May, reaching 4.6%. Joint Venture Silicon Valley’s Institute for Regional Studies today released analysis that shows a significant improvement in the region’s unemployment rate since the pandemic-high of 12% in April 2020. Month-over-month declines have been small. Between April and May, the rate declined by three-tenths of a percentage point, which represents approximately 3,630 fewer unemployed workers throughout Santa Clara and San Mateo Counties.

The analysis follows the June 18 release from the California Employment Development Department (EDD). National-level data for May was released by the U.S. Bureau of Labor Statistics (BLS) on June 4.

The June 18 EDD news release noted that the state’s unemployment rate for May was slightly less than half of the peak-pandemic rate of 16%. In contrast, Silicon Valley’s May unemployment rate was lower in comparison to its peak rate of 12%, indicating a more rapid recovery of employment levels than for the state overall.

“Nine out of eleven major industry sectors added jobs in May, with notable gains in leisure and hospitality,” said Rachel Massaro, the Institute’s Director of Research. “With the exception of Information, though, none of those sectors have recovered to pre-pandemic employment levels.” 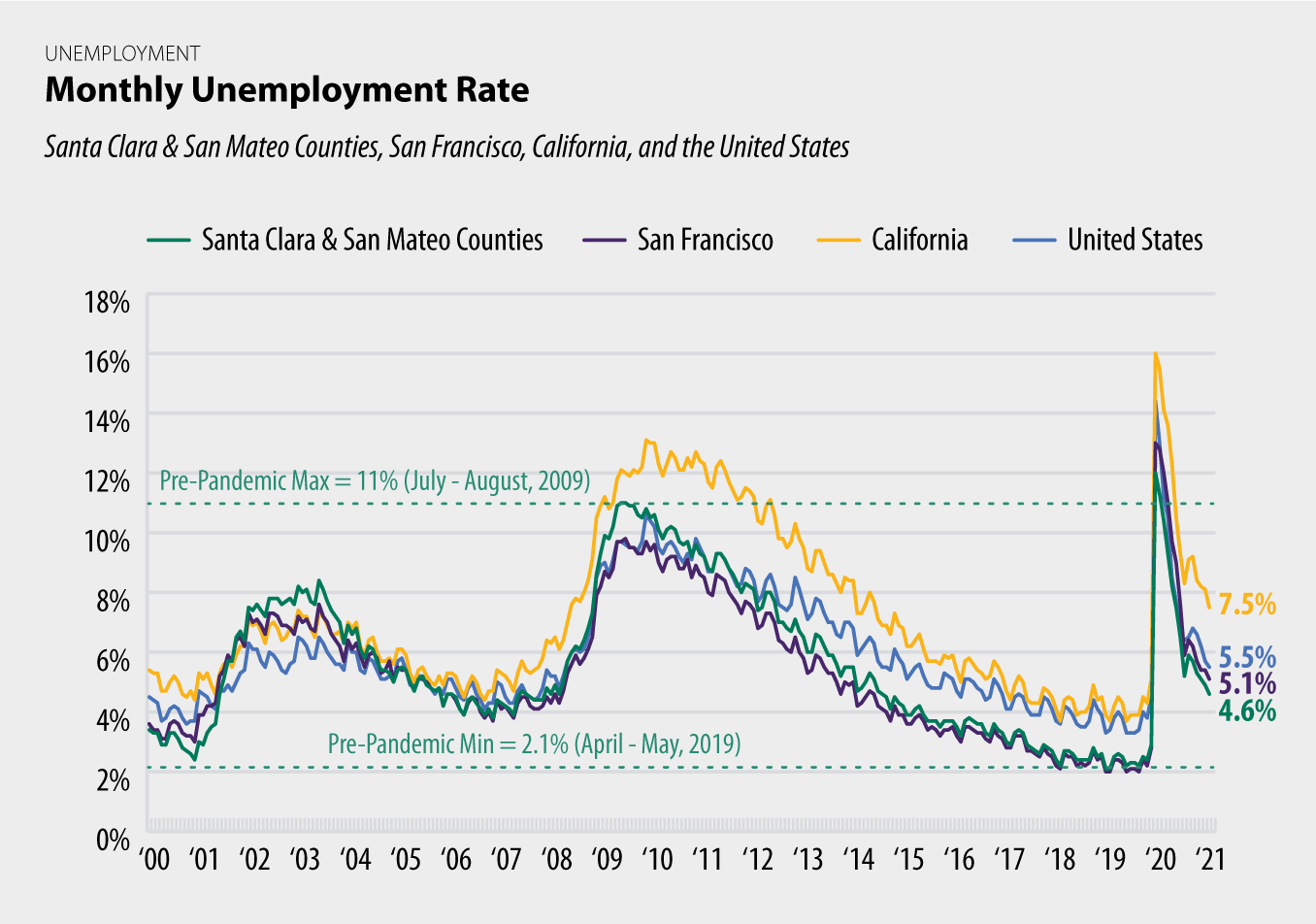 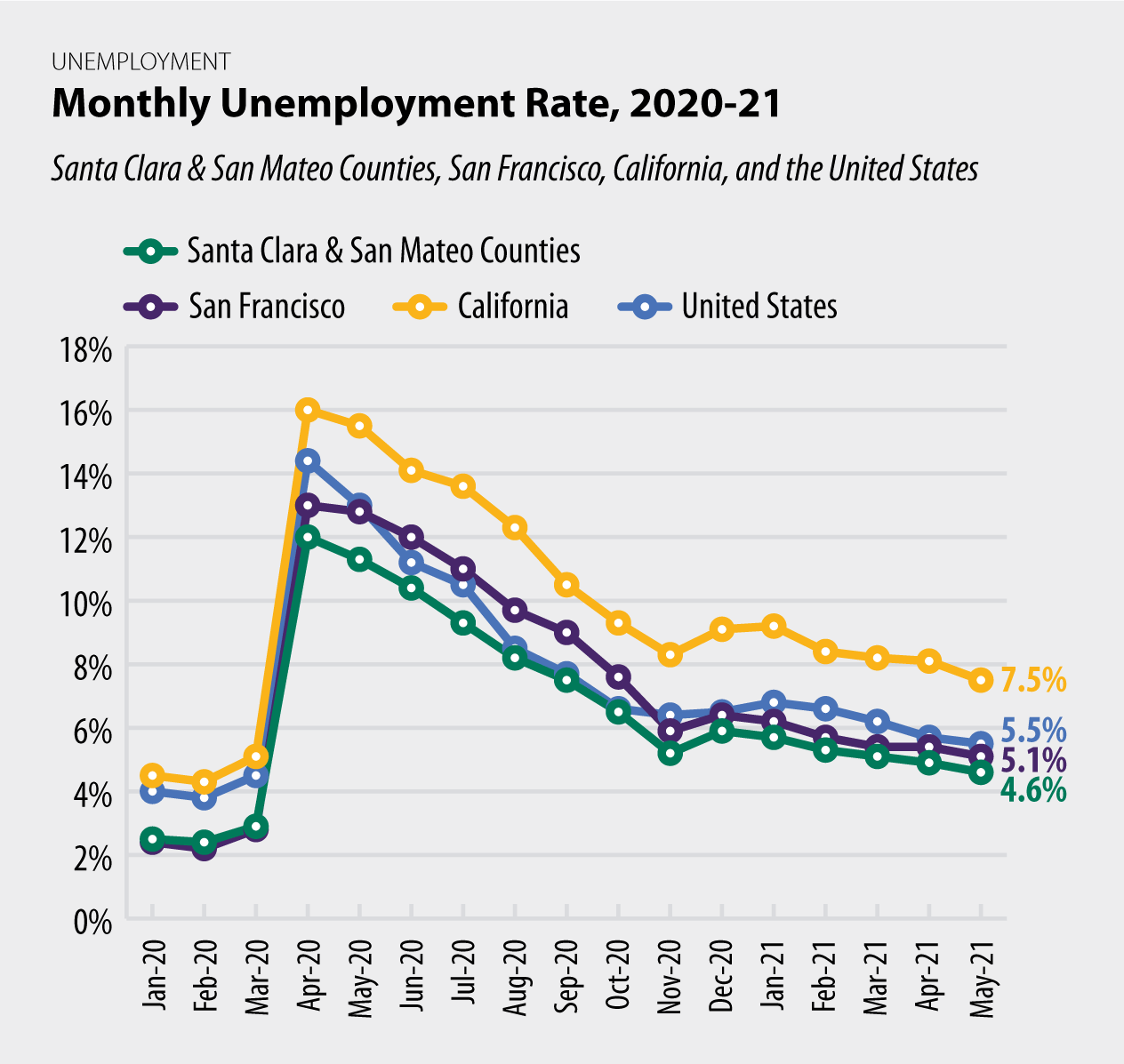 Monthly unemployment rates are calculated using employment and labor force data from the Bureau of Labor Statistics, Current Population Statistics (CPS) and the Local Area Unemployment Statistics (LAUS). Rates are not seasonally adjusted. County-level and California data for April and May 2021 are preliminary, and county-level data for May are from the California Employment Development Department June 18 release.