Rates ticked up across all 58 California counties

The analysis follows the July 16 release from the California Employment Development Department (EDD). National-level data for April was released by the U.S. Bureau of Labor Statistics (BLS) on July 2.

Statewide, there was a decline of more than 42,000 jobs between mid-May and mid-June; that, along with an increase of nearly 100,000 unemployed workers led to an uptick in the state’s unemployment rate (UR) from 7.5% in May to 8.0% (preliminary estimate). While Silicon Valley’s UR also ticked up last month, it was primarily driven by Santa Clara County—with more than 1,400 job losses and an additional 4,400 unemployed.

In contrast, San Mateo County and San Francisco actually experienced employment gains between May and June (of +4,075 and +5,098, respectively) coupled with smaller increases in unemployed workers (approximately 1,900 and 2,300, respectively). Despite job gains exceeding losses, the labor force — the denominator in the unemployment rate calculation — grew in June and thus the UR ticked upward.

Whereas statewide, the greatest job losses were in the construction industry (-3,000 workers, as noted in the July 16 EDD release), greater Silicon Valley losses were most concentrated in government jobs — particularly local government — and within educational services.

Despite the uptick, Silicon Valley’s 5.1% unemployment rate remains less than half of the April 2020 high of just over 12%.

“At a time when we’re all hoping to get back to some sort of normal, it’s hard to see any uptick in the regional unemployment rate,” said Rachel Massaro, the Institute’s Director of Research. “The one promising thing in this new June data is that San Mateo County’s uptick was actually driven by a growing labor force, not job losses. The county gained more than four thousand jobs last month.” 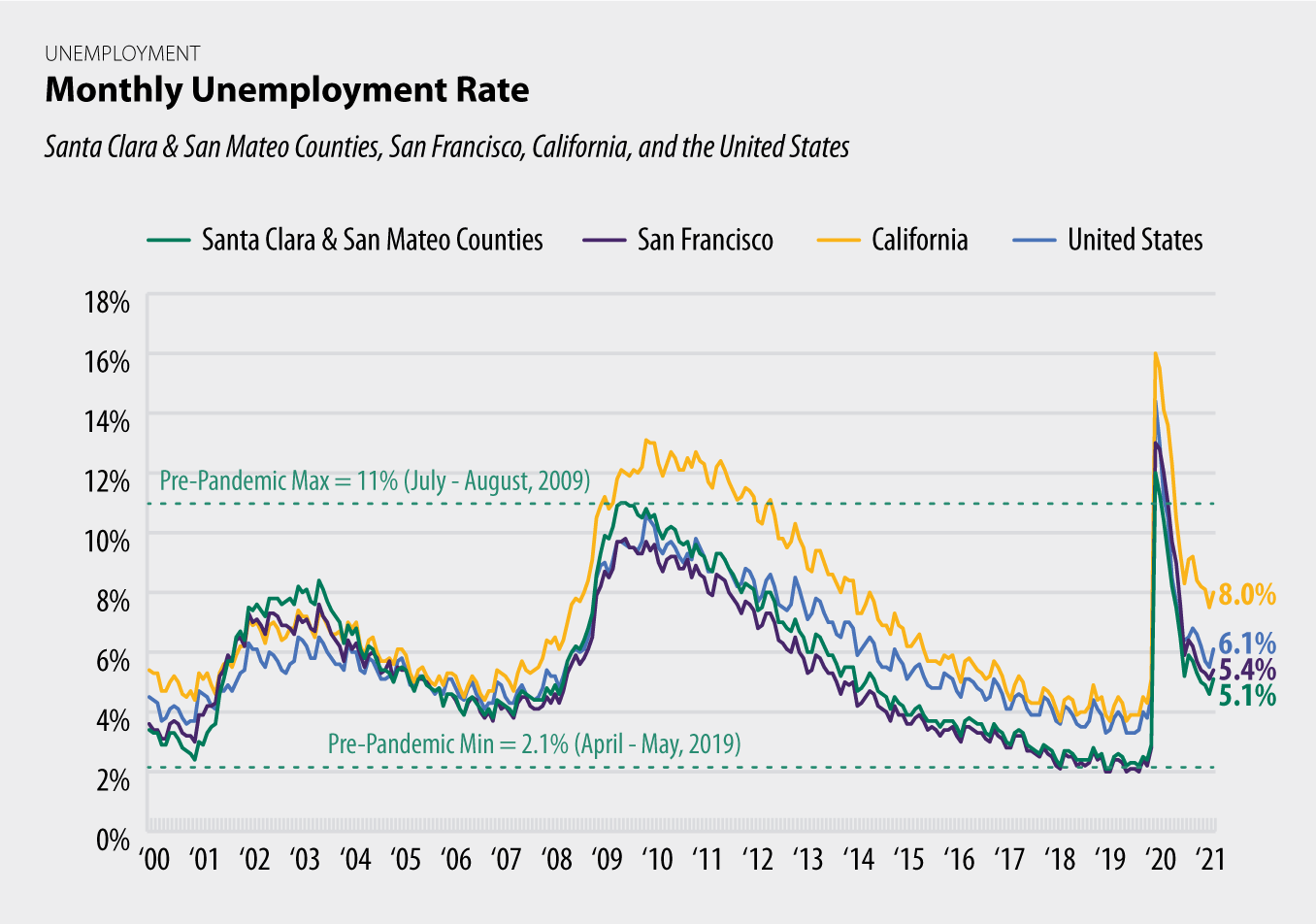 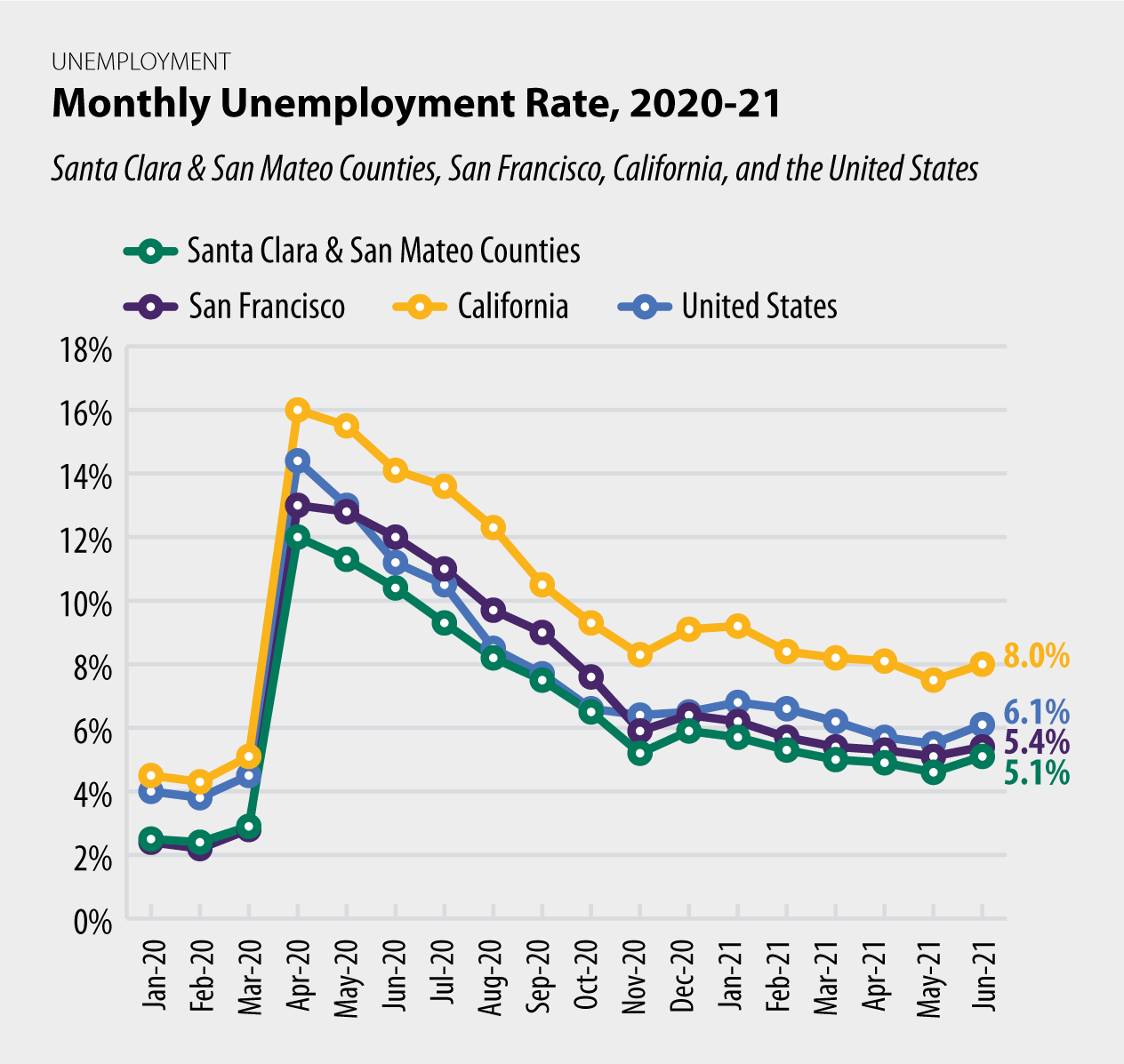 Monthly unemployment rates are calculated using employment and labor force data from the Bureau of Labor Statistics, Current Population Statistics (CPS) and the Local Area Unemployment Statistics (LAUS). Rates are not seasonally adjusted. County-level and California data for May and June 2021 are preliminary, and county-level data for June are from the California Employment Development Department July 16 release.