With fluctuations since April, July rebounds to April’s rate

August 20, 2021 - Silicon Valley’s latest unemployment rate for July is back to 4.9% — where it was three months prior, according to analysis by Joint Venture Silicon Valley’s Institute for Regional Studies. Variations in the region’s employment numbers have been relatively small month to month over the past eight months, with the largest pandemic-period declines happening between the peak in April 2020 (12%) and last November (5.2%). Statewide, changes in the unemployment rate have been similarly unremarkable over the past eight months (8.3% in November to 7.9% in July).

The analysis follows the August 20 release from the California Employment Development Department (EDD). National-level data for July was released by the U.S. Bureau of Labor Statistics (BLS) on August 6.

While Silicon Valley’s unemployment rate for July was the same as in April, the number of unemployed workers grew by nearly 2,000 people during that period. This incongruity is due to three straight months of increases in the total labor force (from 1.43 million in April, to 1.47 million in July); for comparison, the pre-pandemic labor force was approximately 1.50 million (March 2020). Had the number of labor force participants not increased by 42,000 people, the July unemployment rate would actually be higher than it was in April (around 5.0%).

Leisure & Hospitality jobs represented the greatest month-over-month uptick statewide as well as in the greater Silicon Valley region (two MSAs). June job losses in Educational Services continued into July, with a loss of another 2,500 jobs in the greater region.

“The stagnation of our region’s employment picture is characteristic of the struggle to get back to normal” said Rachel Massaro, the Institute’s Director of Research. “It took less than a month to lose all of those jobs; it’s going to take a lot of effort and persistence to get them back.” 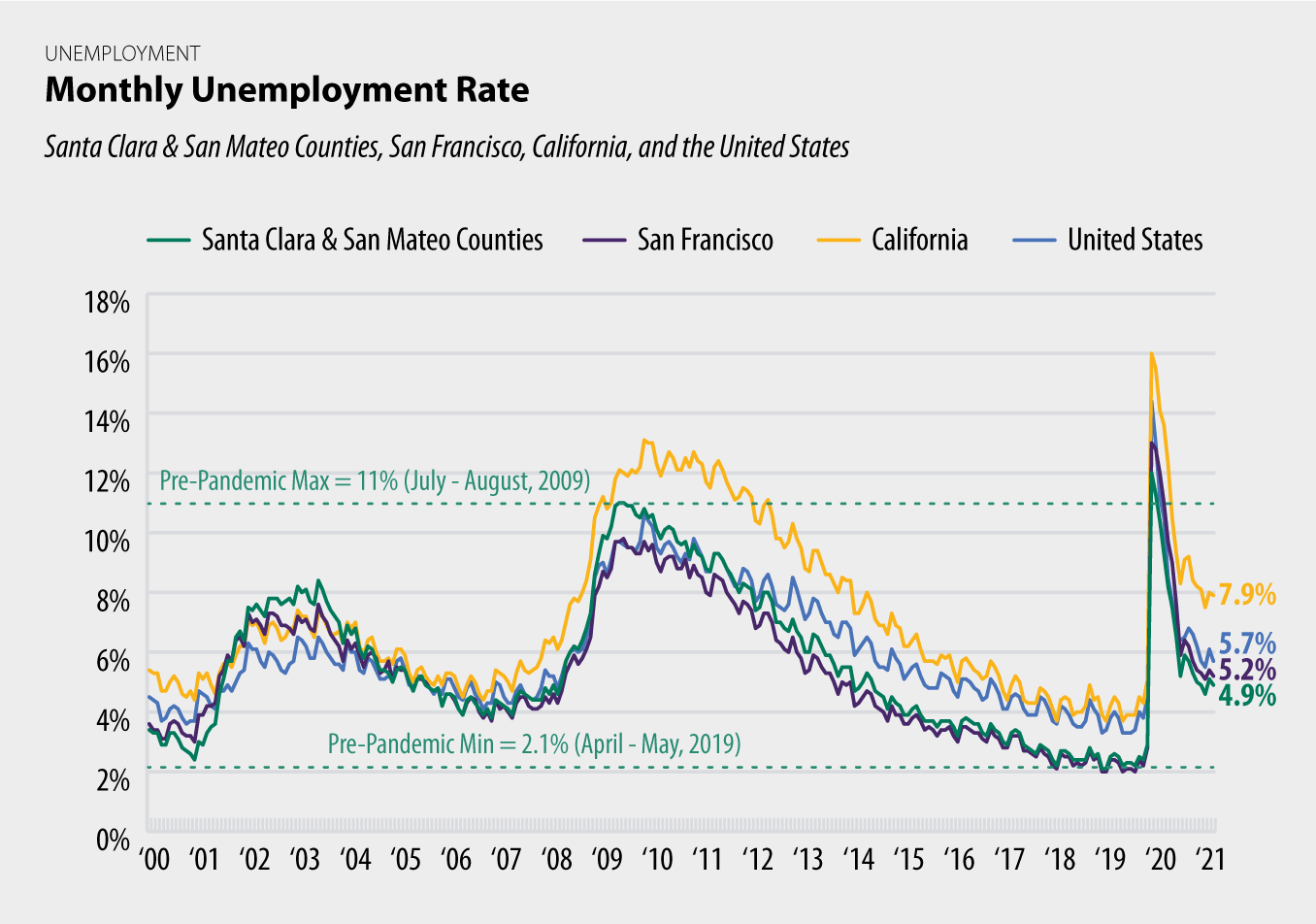 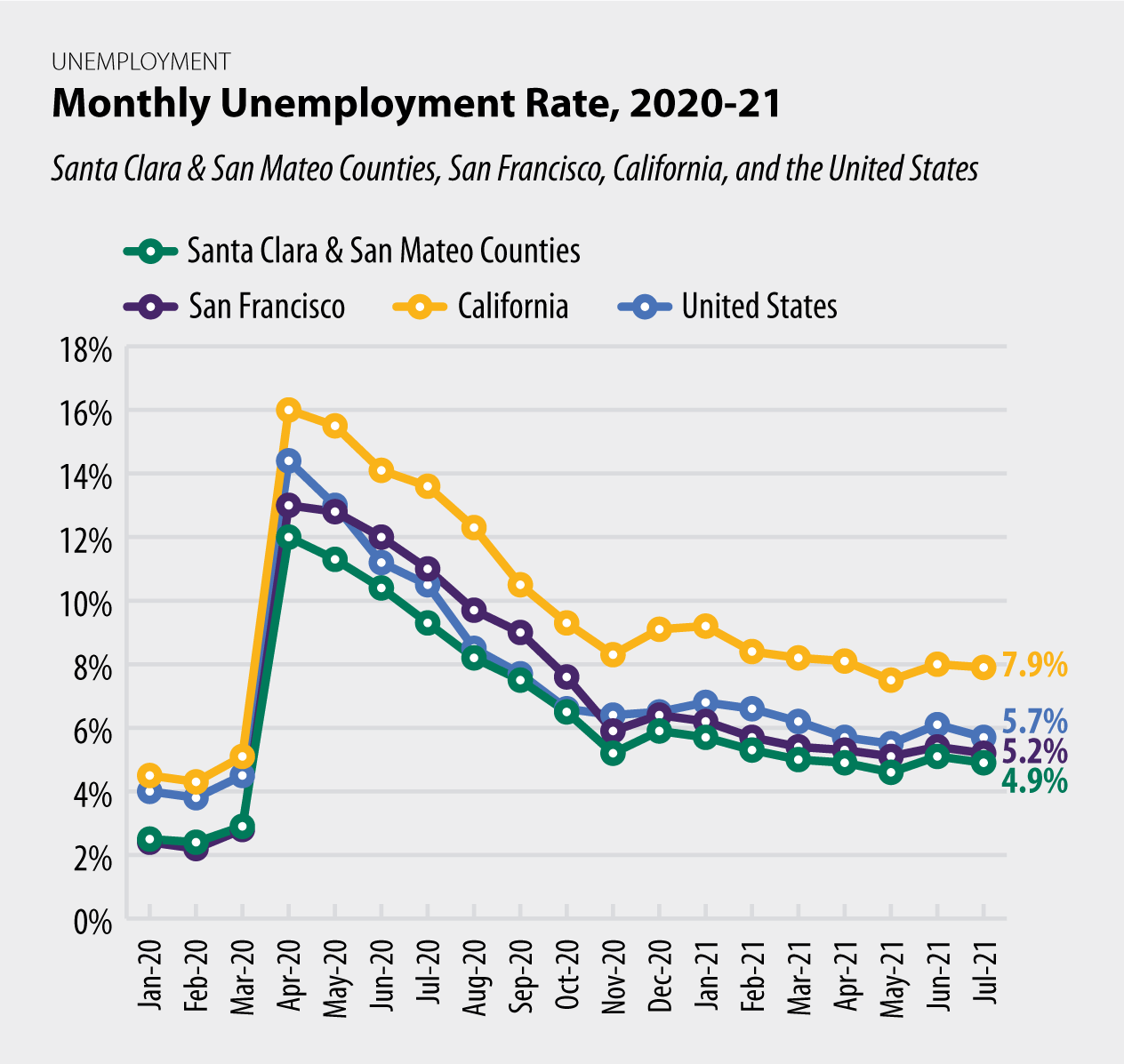