Rate Below Four Percent for the First Time Since March 2020

The analysis follows the October 22 release from the California Employment Development Department (EDD). National-level data for September was released by the U.S. Bureau of Labor Statistics (BLS) on October 8.

Silicon Valley’s unemployment rate had the highest month-over-month drop (-0.8 percentage points) since November 2020 (-1.0 percentage point). This follows meager gains in the labor force from mid-August to mid-September of an additional 4,300 workers or +0.3%.

State and Local Government jobs represented the greatest month-over-month uptick in the greater Silicon Valley region (two metropolitan statistical areas, or MSAs) in September. A return to in-class education for elementary schools through colleges and universities in September has resulted in an uptick for both Local (+2,700) and State (+2,200) Government Education employment in the region.

“While September’s employment numbers, namely the unemployment rate, are encouraging, the recovery from the pandemic is not shared equally in Silicon Valley,” said Ryan Young, research manager for BW Research and an affiliated researcher at the Institute. “The ability for some industries such as Information and Professional and Business Services to embrace telecommuting and to move quickly in the face of changes brought about by the pandemic have meant increased employment over pre-pandemic levels, whereas industries like Accomodation and Food Services are still underwater.” 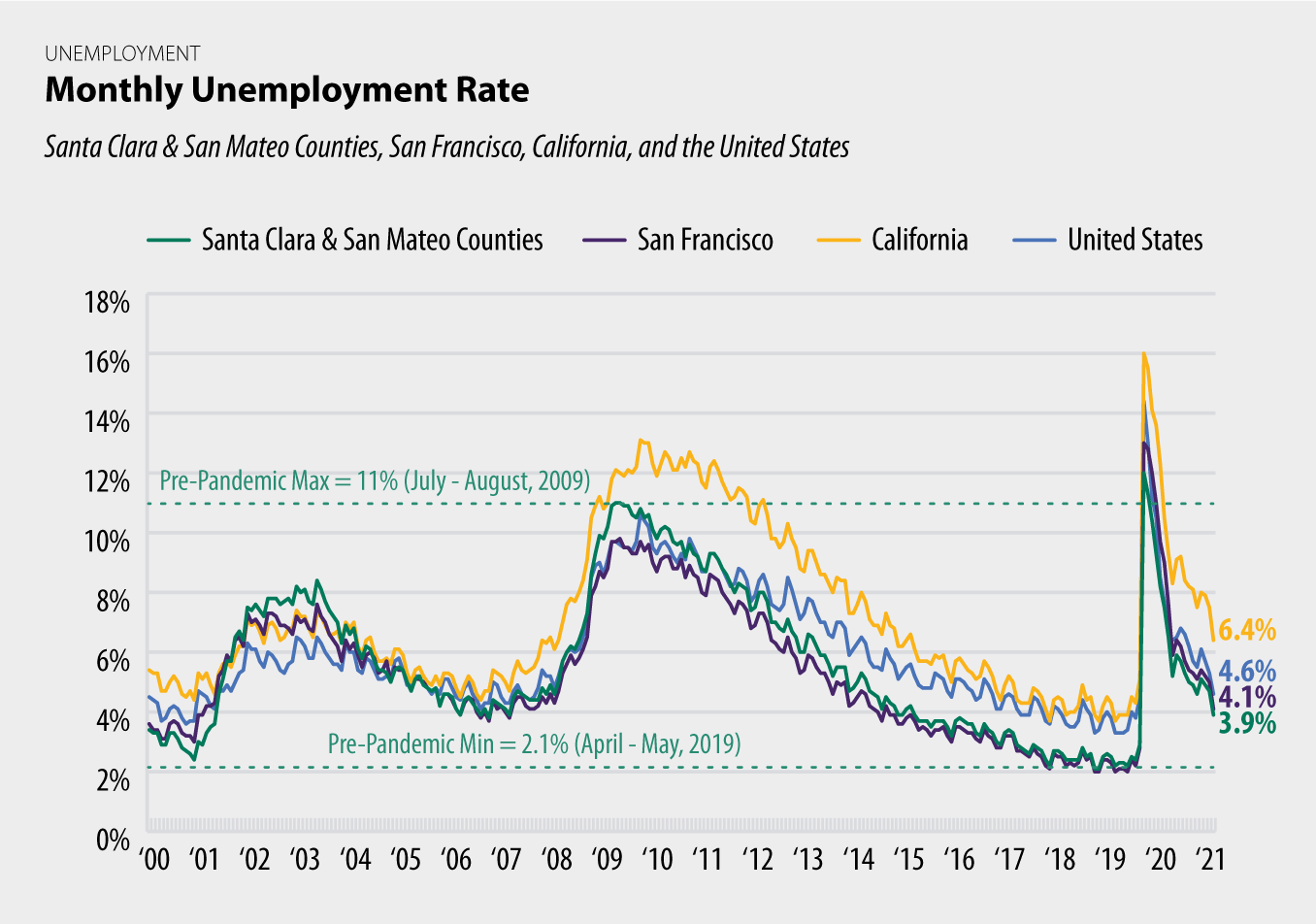 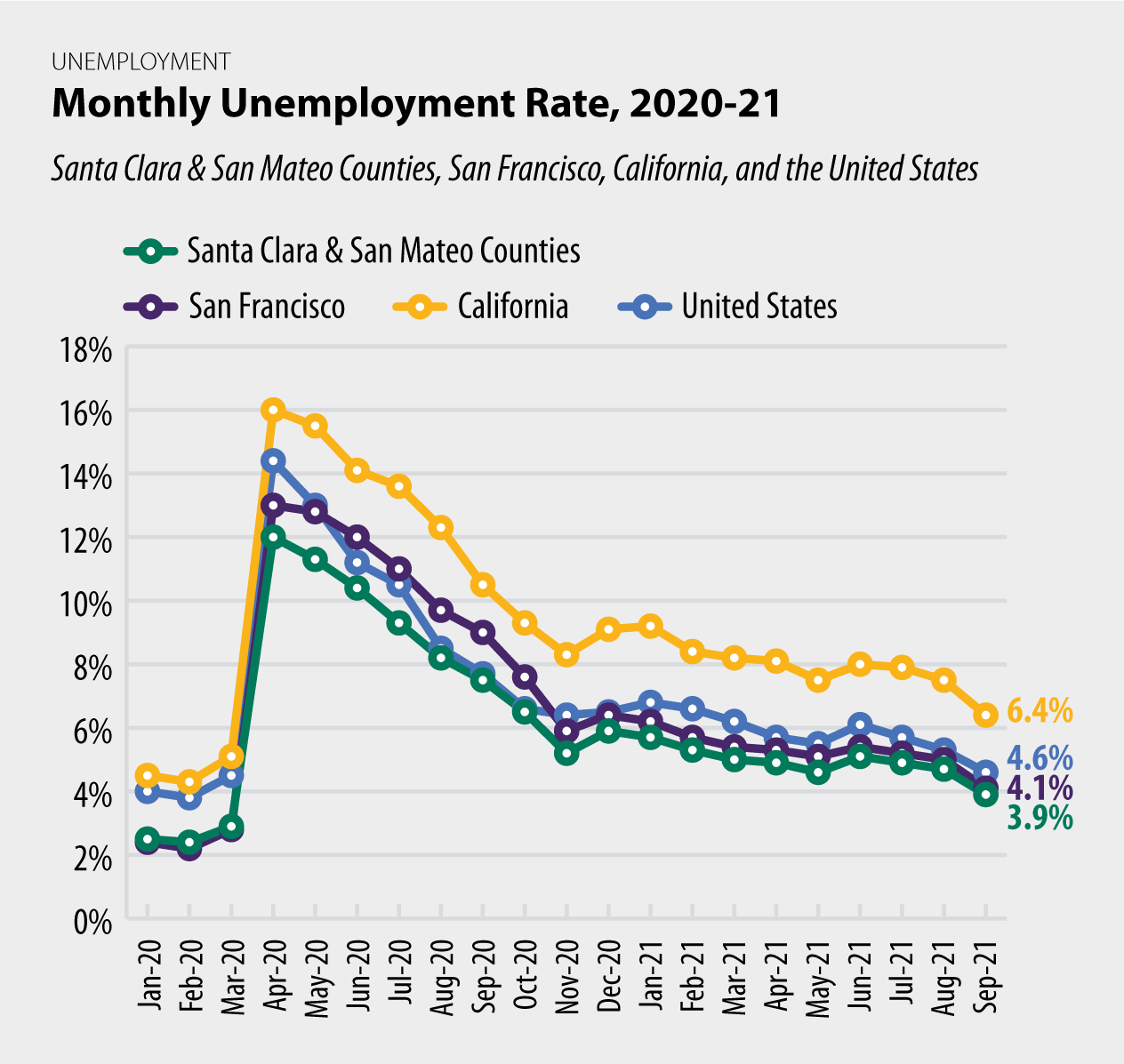 Monthly unemployment rates are calculated using employment and labor force data from the Bureau of Labor Statistics, Current Population Statistics (CPS) and the Local Area Unemployment Statistics (LAUS). Rates are not seasonally adjusted. County-level and California data for August and September 2021 are preliminary, and county-level data for September are from the California Employment Development Department October 22 release.