The analysis follows the December 17 release from the California Employment Development Department (EDD). National-level data for October was released by the U.S. Bureau of Labor Statistics (BLS) on December 3.

Professional and Business Services jobs represented the greatest month-over-month growth in the greater Silicon Valley region (two metropolitan statistical areas, or MSAs) in November. Computer Systems Design and Related Services added 4,400 jobs as part of the larger sector from mid-October to mid-November, doubling overall growth of the subsector compared to the previous period. Computer Systems and Design and Related Services has added 8,700 jobs (+5.0%) since March 2020, undergoing steady growth despite the pandemic. Employment Services is also a notable growth sub-sector within Professional and Business Services, adding 1,900 jobs since mid-October, and now with more jobs than March 2020 (+900 jobs, or +2.3%).

“The unemployment rate in Silicon Valley has dropped 2.5 percentage points since January 2021 and is now within 0.3 percentage points of reaching the March 2020 level,” said Ryan Young, Research Manager for BW Research and an affiliated researcher at the Institute. “There is a real possibility of the unemployment rate falling to pre-pandemic levels in the next couple of months.” 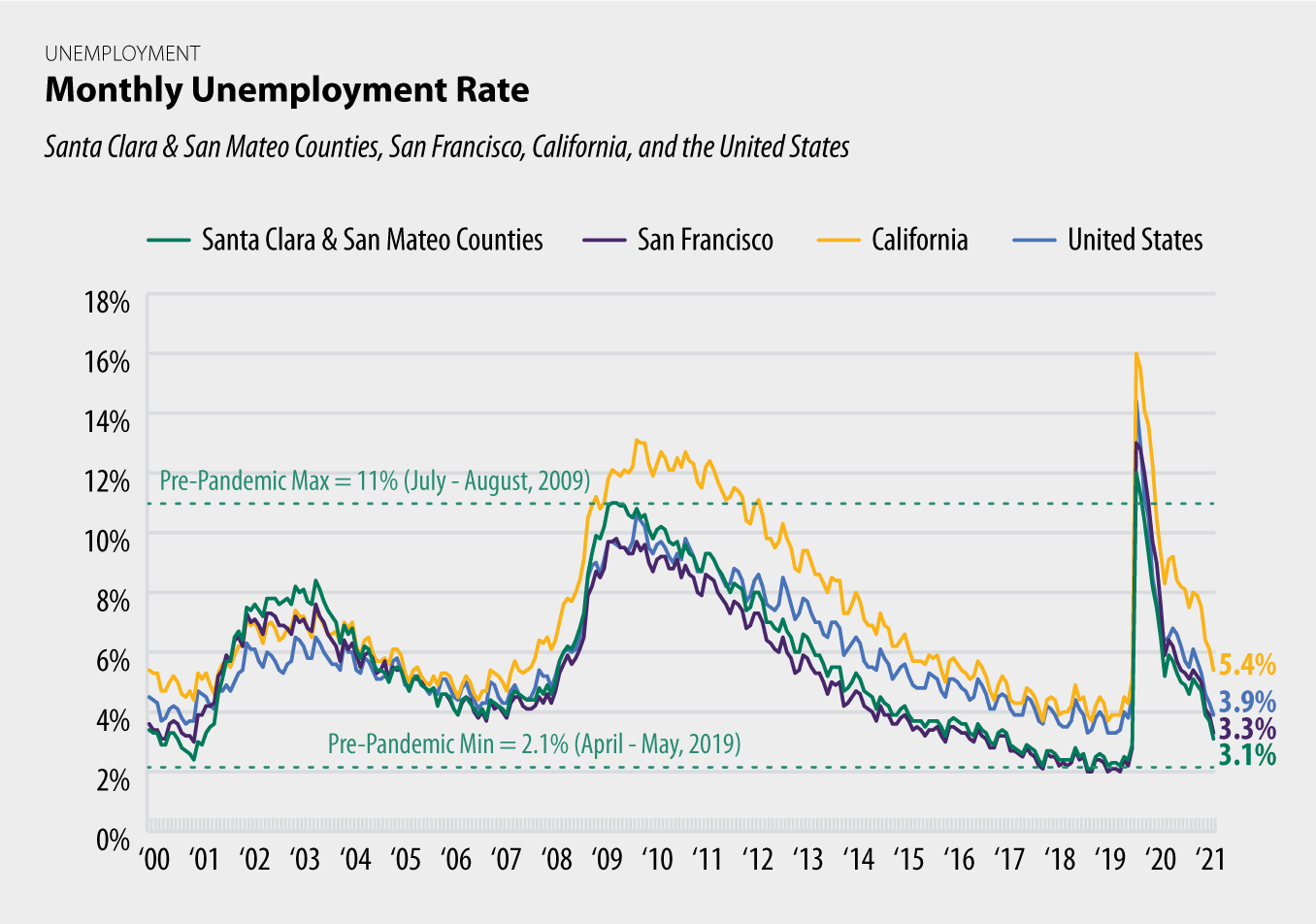 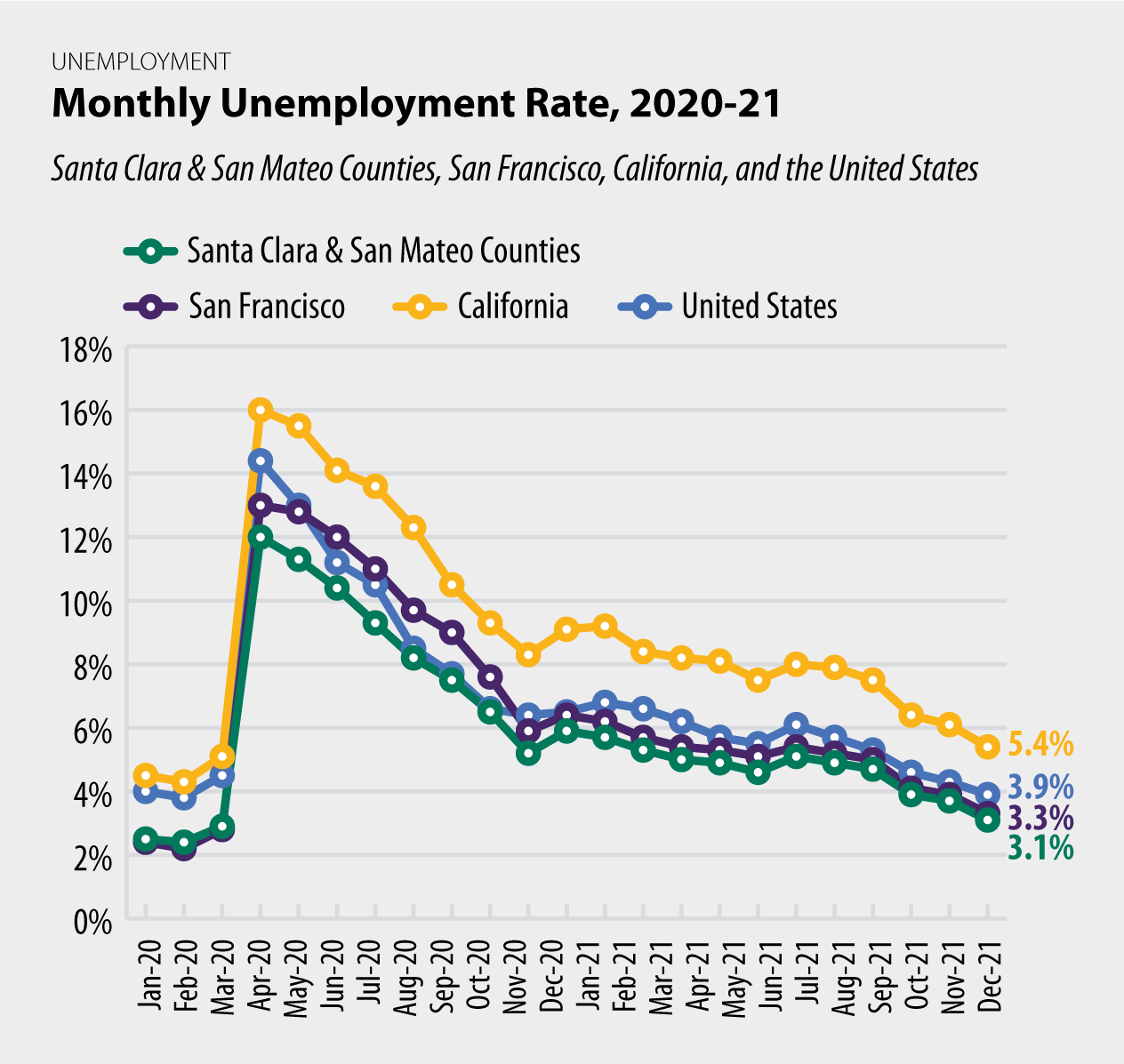 Monthly unemployment rates are calculated using employment and labor force data from the Bureau of Labor Statistics, Current Population Statistics (CPS) and the Local Area Unemployment Statistics (LAUS). Rates are not seasonally adjusted. County-level and California data for October and November 2021 are preliminary, and county-level data for November are from the California Employment Development Department December 17 release.