Silicon Valley unemployment edges down to 2.0%

The total labor force in Silicon Valley increased by more than 8,500 from mid-November to mid-December, matching the levels reported in August. The total labor force sits at 12,800 below the previous high in February 2020 and now includes approximately 94,600 more individuals than the pandemic low of 1.42 million in May 2021.

The analysis follows the January 20th release from the California Employment Development Department (EDD). National-level data for December was released by the U.S. Bureau of Labor Statistics (BLS) on January 6th.

Trade, Transportation, and Utilities jobs represented the greatest month-over-month increase in the greater Silicon Valley region (two metropolitan statistical areas, or MSAs), outpacing Educational and Health Services for the second month in a row. Retail Trade added 1,500 jobs as part of the larger sector from mid-November to mid-December. Educational and Health Services increased by 1,200 (+0.3%) jobs from mid-November to mid-December, with most gains in Ambulatory Health Care Services (+1,000, or +1.1%) and Social Assistance (+1,000, or +1.0%). Financial Activities also increased notably in the same period, adding 1,000 jobs.

“The unemployment rate decreased to its lowest level since May of 2022 after an increase over the previous one-month time period,” said Ryan Young, Research Manager for BW Research and an affiliated researcher at the Institute. “The uptick in seasonal hiring for Trade, Transportation, and Utilities helped to offset the losses in employment across Government and Leisure and Hospitality as well as the stagnant growth for Professional and Business Services.” 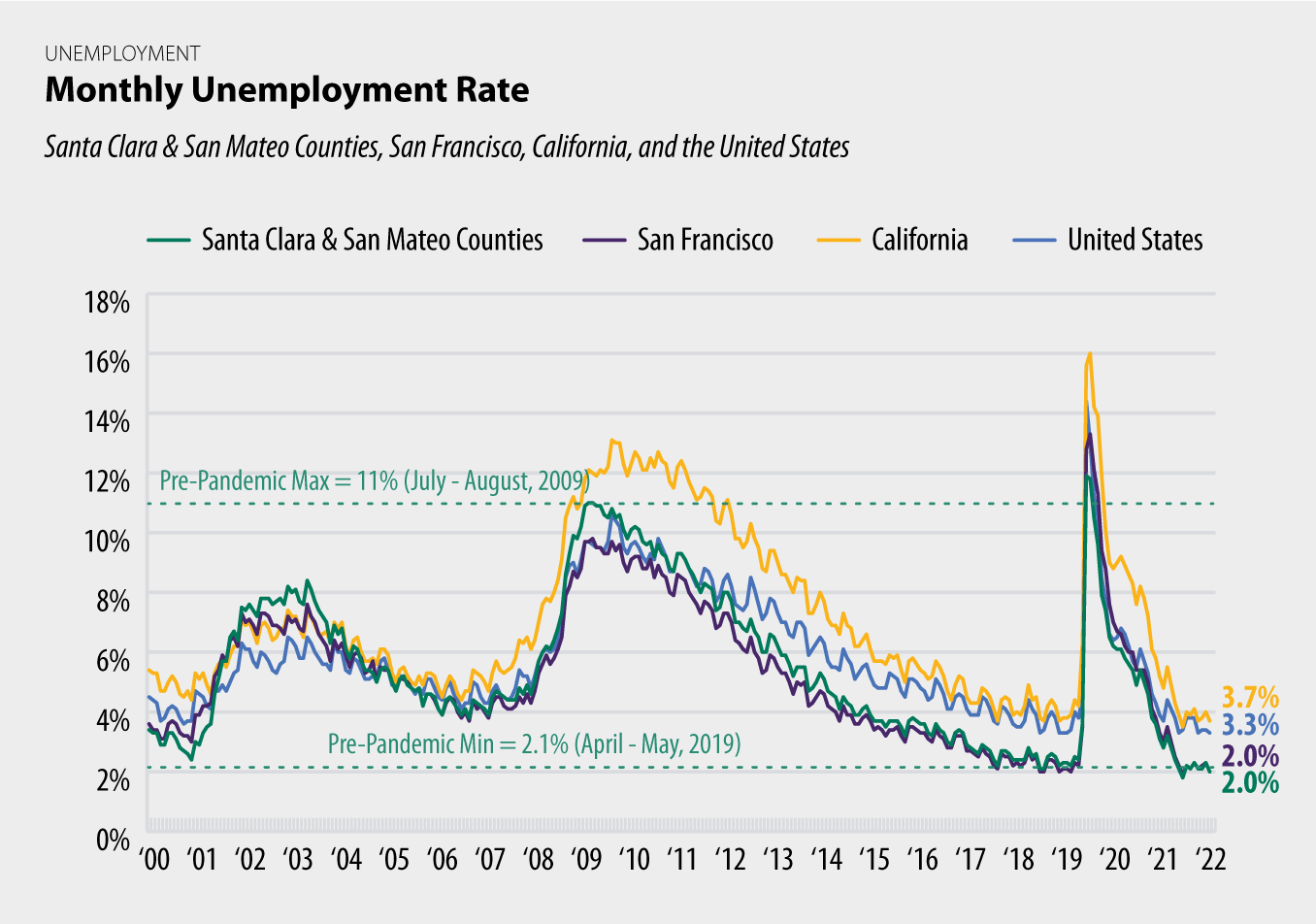 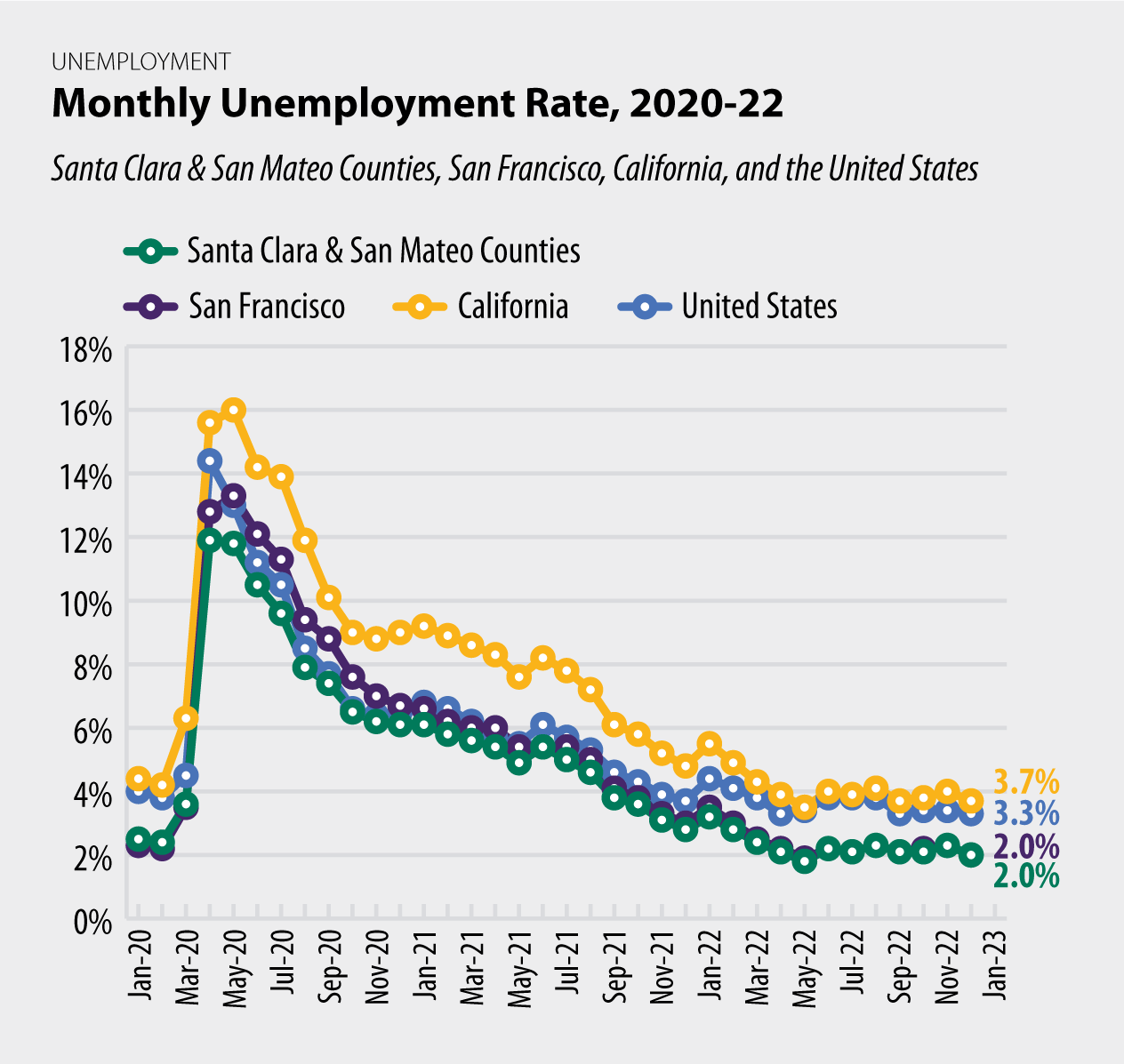