The Benest Fellowship was established at Joint Venture in 2009, to honor the legacy of former Palo Alto city manager Frank Benest upon his retirement. A long-serving Joint Venture board member, Dr. Benest is a tireless champion of regionalism, and of collaborative approaches to economic development. His career was also marked by a sustained effort to recruit young people into public service positions.

Apply for the Benest Fellowship

Lukas Lopez-Jensen came to Joint Venture as a sophomore at Stanford University, where he is pursuing a major in Economics and a double minor in Data Science and Italian. He is also considering applying for a coterminal M.A. in Public Policy. Lopez-Jensen is originally from Denver, Colorado where he attended the Denver Center for International Studies and participated in Model United Nations. During his first year at Stanford, he took Joint Venture CEO Russell Hancock's class on regional politics in Silicon Valley and the Bay Area and became fascinated by the unique dynamics of regional governments. The following summer, Lopez-Jensen joined Joint Venture as a Benest Fellow and contributed to the research activities of the Silicon Valley Institute for Regional Studies, focusing primarily on local government finances. In 2021, he became a Research Associate as a continuation of his work with the Institute. This summer, Lopez-Jensen is also serving in Colorado Governor Jared Polis's Executive Internship class, where he will be working in the Office of Operations and Performance Management. 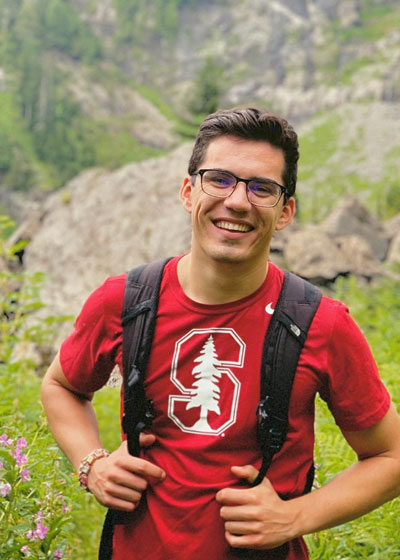 José Luis Gandara came to Joint Venture as a freshman at Stanford University. Originally from Seattle, Washington, José is passionate about state and local policy and has studied gentrification processes in San José, wildfire policy in California, and rent assistance in the wake of the COVID-19 pandemic. He is currently pursuing a Bachelor's degree in Public Policy with a concentration in Urban and Regional Policy and he is also considering a double-major in Economics. While not studying policy, José loves to run with the Stanford Running Club, plan events with Stanford in Government, and go backpacking with the Adventure Program on campus. 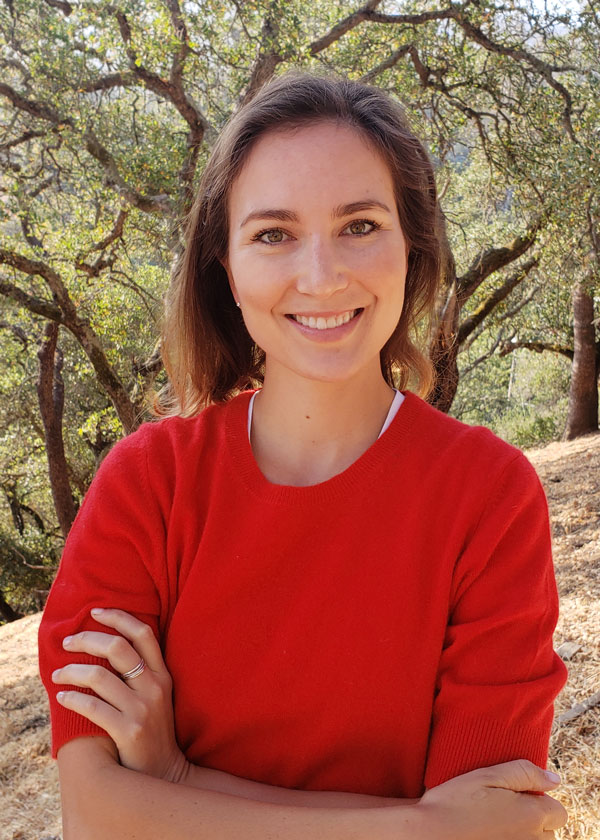 Emily Breslin came to Joint Venture as a graduate student in Urban Management & Design at the Technical University of Berlin, Germany. Her thesis focused on the Bay Area's mobility issues, and she did the research and writing at Joint Venture. Previously, Emily oversaw branding, communications, and editorial development for SVG Partners, an impact investment firm in Silicon Valley focused on agriculture and food technologies. Prior to SVG Partners, she was marketing manager for SAP's global startup engagement program, where she managed online content and community engagement with HANA software developers, as well as ran major Smart City, Autonomous Vehicle, Smart Health, and AgTech events in Silicon Valley and Europe. Emily received a Bachelor of Science degree in Urban and Regional Development from the University of California, Davis.

Anissa completed a year studying management at the Russian Academy of National Economy and Public Administration after she received her B.A. in Public Policy at Stanford University in 2013. She previously worked as a research assistant at the Hoover Institution and at Stanford, and she interned in the U.S. House of Representatives in the office of Congressman Juan Vargas. During her senior year at Stanford, she completed the Public Policy program's practicum project, where she developed an interest in Bay Area policy and the work of Joint Venture by studying the Grand Boulevard Initiative. 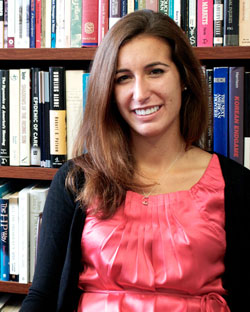 Alesandra Najera came to Joint Venture as a graduate student at Stanford University who had recently completed her undergraduate degree with a double major in English and human biology. She later earned her Master's degree in English in 2014. Her passion for natural resource management and policy developed while studying abroad at Australia's Great Barrier Reef and Stanford's Hopkins Marine Station in Monterey, CA. While at Stanford, Alesandra rode for the Stanford Equestrian Team and worked as a counselor and teaching assistant at the Bridge Peer Counseling Center. A native of Sacramento, Alesandra interned for Congresswoman Doris Matsui and worked as a Research Fellow in the Office of Congressman Ami Bera. 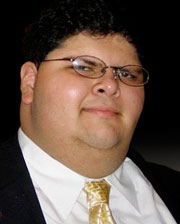 Jonathan Padilla earned his degree in government at Harvard College in 2012, held research and intern roles for the White House Office of Communications, the Congressional House Appropriations Committee, the Harvard Kennedy School and Google's public affairs department, and has been active in Teach for America, Young Democrats of America and the Hispanic Heritage Foundation. A graduate of Bellarmine College Preparatory in San Jose, Jonathan was named the Cardinal Robert Bellarmine Scholar, the school's highest honor. At Joint Venture, Jonathan assisted the staff on energy initiatives, regional studies and other projects. 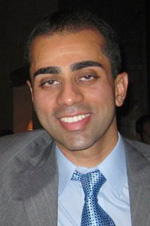 Rishi Chopra came to Joint Venture as a senior in Justice Studies at San Jose State University and concurrently as a student at Lincoln Law School of San Jose. At the time he was working on an immigration needs project for the San Jose Research Institute and the Silicon Valley Community Foundation, and had recently completed the Asian Pacific American Leadership Institute program at De Anza College in Cupertino. Rishi was also active as a marketing consultant with the India West newspaper. He has contributed his time to a number of community, leadership and public policy organizations, including the Network of Indian Professionals, the Truman National Security Project, and the Asian Pacific American Leadership Institute. At Joint Venture, Rishi assisted the staff in a variety of tasks related to our ongoing initiatives. 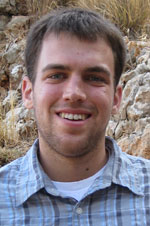 Daniel Jacobson was a senior at Stanford University from Richmond, California, majoring in urban studies when he became a fellow. He was honored with the Dean's Award for Academic Accomplishment for his work on the Oakland Streetcar Plan, a 140-page proposal to revitalize downtown Oakland and promote smart growth. The plan garnered him press from the San Francisco Chronicle, Stanford Magazine, Financial Times Deutschland, FastCompany, and other publications. He has also worked at HDR Inc. on the Los Angeles Streetcar project and at Calthorpe Associates on the Vision California plan. Daniel graduated with honors in June 2012.

Antonea Colón was studying for her master's degree in urban planning with a focus on community development and design at San Jose State University at the time of her fellowship. She had earned her BA in business and economics from North Park University in Chicago. She also holds a certificate in nonprofit leadership and management through American Humanics and was awarded for her campus involvement through the Center for Latin American Students. Her work experience includes Foundation Fighting Blindness in Sunnyvale, where she managed fundraising events for nine successful events in Northern California, Colorado and Texas. Colón worked on Joint Venture's Regionalism 2.0 initiative and collaborated with Joint Venture senior staff on regionalism efforts, research and other projects. 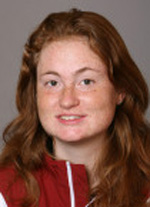 Eva Jellison became Joint Venture’s first Frank Benest Fellow and the associate director of social media in 2009 upon her graduation from Stanford University with dual degrees in public policy and economics. Jellison worked on social media development and collaborated with the staff on research, initiative support and other projects. She also interned at the Stanford Institute for Economic Policy Reseach. Raised near Boston, Jellison was captain of the Stanford varsity fencing team and was a three time selection to the NCAA All-American fencing squad.

Joint Venture Fellows are distinguished faculty on sabbatical leave from their college or university, who become scholars in residence at the Joint Venture offices. They carry out scholarly work on issues in Joint Venture’s major project areas, consult with our project teams, and provide expert advice to our practitioners working in the field. In this way, Joint Venture Fellows meld academic inquiry with real-world applications, in the process improving both scholarship and the implementation.

Joint Venture Fellows publish white papers and other reports as a part of their commitment to the organization. They also publish work in peer-reviewed journals featuring Joint Venture projects.

Apply for the Joint Venture Fellowship 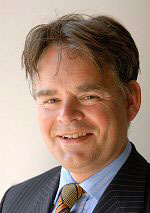 One of the world’s foremost experts on electric vehicles and the infrastructure they require, Dr. Peter Van Deventer became a Joint Venture Fellow in 2009 while in Silicon Valley on leave from his post as Sector Manager of the North Holland province of the Netherlands.

He came to Joint Venture to research the role of governments in the conversion of conventional vehicles and studying the development and deployment of the electric vehicle industry. As a Fellow, he met with senior experts from federal, state, county and local governments, university officials, non-governmental organizations, private sector industry leaders and individuals.

Dr. Van Deventer had spent the previous 15 years in various management positions, mainly in innovation and application of new technologies for public purposes. Prior to his duties with the Dutch government, Dr. Van Deventer held key roles with the City of Leiden, a large consulting firm in the Netherlands and as a research associate for the U.S. Department of Agriculture in Columbus, Ohio.

He holds a Ph.D. in engineering from Ohio State University and MS and BS engineering degrees from Wageningen Agricultural University. 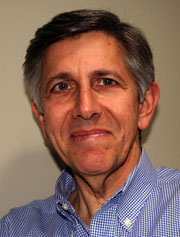 Alan D. Mutter is a senior media and technology executive who joined the adjunct faculty of the Graduate School of Journalism at the University of California at Berkeley in 2009. An independent investor and consultant, he specializes in the strategic challenges facing both old and new media in an era of disruptive technologic, demographic and economic change.

The former chief executive officer of three Silicon Valley companies involved in broadband delivery and online services for media companies, he previously served as the chief operating officer of a national cable television company with more than $200 million in annual sales. As a journalist earlier in his career, he led the newsrooms of the Chicago Sun-Times and San Francisco Chronicle.

His recent consulting projects included advising Texas Pacific Group on its contemplated purchase of the Knight Ridder newspaper chain; the New York Times Co. Regional Group on advertising strategies; the Sun-Times Media Group on its new media programs; the Fox Network Affiliates Board of Governors on its Internet strategy, and a division of Kyocera on marketing and technology developments in the mobile-communications industry. He devotes significant time to investing in and advising privately held new media companies delivering targeted content and advertising solutions.

Mutter publishes Reflections of a Newsosaur, an online commentary on the developments challenging the traditional media. Newsosaur is a featured blog at the readership.org website operated by Northwestern University and frequently quoted by the Poynter Institute, New York Times, Wall Street Journal, Los Angeles Times, PBS, Forbes, Business Week and other media outlets.

Mutter began his career as a journalist, rising to top editing positions at the Chicago Sun-Times and the San Francisco Chronicle. During his tenure at both newspapers, the publications won numerous awards and set all-time circulation records in their highly competitive markets.

In 1988, he joined InterMedia Partners, a start-up that grew through acquisition to become the nation’s 12th largest cable TV system operator. Rising to the position of Chief Operating Officer, he managed coast-to-coast operations. He positioned InterMedia as a modern broadband-delivery company and successfully executed several M&A events.

Mr. Mutter left InterMedia in 1996 to join the first of three Silicon Valley start-ups where he was the Chief Executive Officer: Best Internet Communications, Instant Objects, and SealedMedia. In his career, Mr. Mutter has raised and managed hundreds of millions of dollars in private equity and debt. 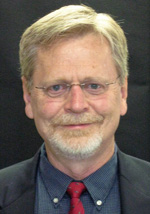