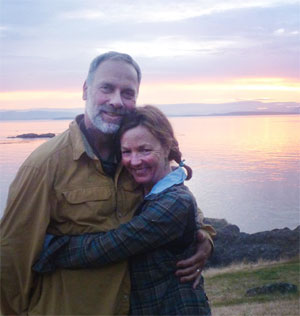 When there’s a power failure in your home, does your utility call you with a status update while you’re still looking around for candles and worrying about the frozen food? Not likely.

Now, imagine your fears if you are the facility manager for a major tech company with global headquarters and a massive 24/7 data center in Santa Clara when an outage hits.

Relax, Larry Owens has you on speed dial.

“Reliability is our number one priority,” says Owens. “We have an elaborate power quality notification system with automated paging so we reach the customer with what we know in those critical moments after an event. We don’t want them to be any more in the dark than they already are, so to speak.”

With 52,000 customers in a city of 19 square miles, Santa Clara is home to a number of well-known tech companies and some 37 data centers, which could be severely impacted even with the shortest of outages.

“A power outage creates a lot of havoc and it can be very expensive for a large company that relies on uninterrupted power to run their facilities,” says Owens. “In today’s high-tech business world, electricity is almost as essential as the air we breathe.”

“Larry is one of the most visionary guys at the city in terms of seeing the potential of the smart grid and his interest in doing the right thing for the city, the utility and the customers, who are his main concern almost 100 percent of the time.”

A lot of organizations, public and private, could learn a thing or two about customer service from Owens, a 20-year veteran of Silicon Valley Power who’s also been involved in Joint Venture initiatives over the same period.

“My goal is to satisfactorily deliver benefits to our customers,” says the self-deprecating Owens. “I have a deep desire to do good, in our community and in our region. I love my job.”

RKS CEO David Reichman said SVP’s ratings were “the best we’ve seen since we started doing statewide surveys in 1995. Larry’s very creative and intellectually very stimulating. It’s a great relationship. If I didn’t have a Larry Owens I’d have to invent one.”

Silicon Valley Power, one of 30 municipal utilities in the U.S. and the third largest in California, dates its origins to the horse-and-buggy days of 1896, when town trustees authorized creation of the Electric Department of the City of Santa Clara. The name was changed to Silicon Valley Power in 1998.

A lot has changed, of course. The growth of data centers, green technology and advanced power meters led Santa Clara earlier this year to become the first utility in the nation to offer free outdoor Wi-Fi with its smart meter rollout.

As part of multi-million capital improvement project over the past two years, the city first bought existing Wi-Fi transmitters from a failed company and found that the system could fulfill multiple secure and unsecure communications needs.  From then on, the communication system plan for advanced meters included opening an unencrypted channel for public Wi-Fi across the entire city.

“Joint Venture is a great forum. I’m very regional minded. I think we can get much more accomplished with a regional approach to economic development, climate change and sustainable energy.”

“Based on early experience with the old system SVP rescued from a bankrupt company, we would make the new Wi-Fi system even better,” says Owens. “We tripled the number of radio receivers mounted on light poles and other locations all over Santa Clara.”

“Since we launched in March we have grown to 6000 users per day, a thousand more than we expected during peak periods. Santa Clara’s residents, workers and visitors have embraced the service.

“I am really proud of that. Access went up 10 to 15 percent just after Labor Day, as more and more students, senior citizens, low income residents, transit riders and local businesses start to use the system.”

“Larry is one of the most visionary guys at the city in terms of seeing the potential of the smart grid and his interest in doing the right thing for the city, the utility and the customers, who are his main concern almost 100 percent of the time,” said Joe Blackwell, a principal with public sector consultants NexLevel who has been working with Santa Clara for the past seven years.

“He is able to articulate that vision in a way that marshals support to get sizeable projects moving forward. That makes it a pleasure to work with him.”

Owens’ involvement with Joint Venture goes back to its origins in the early 1990s. He has contributed his time an expertise to economic development and transportation programs, climate response initiatives, wireless efforts and even some touch points with the Climate Prosperity Council.

Most recently, Owens represents Silicon Valley Power as a co-sponsor for the Smart Energy Enterprise Development Zone initiative, particularly with its Power Quality Portal. The portal is a private site that collects, aggregates, and presents detailed power quality data from customer-based power meters, and then charts and maps power quality incidents. 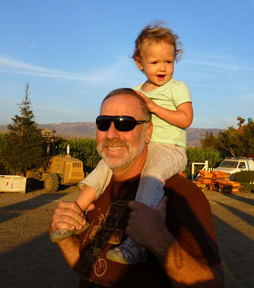 “Joint Venture is a great forum,” Owens says. “I’m very regional minded. I think we can get much more accomplished with a regional approach to economic development, climate change and sustainable energy. It’s a real natural interest for me.”

Owens was born in Fairmount, Minnesota, a small rural community two hours south of Minneapolis and grew up in San Jose where he spent a lot of his time helping out with the family-owned prune farm. His parents, Sidney and Lucy, had met when Sidney was in the Navy at Mare Island, and then moved back to Fairmount.

“I love to fix things and help people,” says Owens, who has a brother and two sisters. “I guess I learned that from my dad and working on the farm.”

The family moved back to California in the late 1950s, settling in the South Bay. Owens graduated from Leigh High School and attended West Valley College and UC Santa Cruz, studying electronics, chemistry and marine pharmacology.

The couple lives in South San Jose and has two daughters, Christa and Jenna, and a 2-year-old granddaughter from Jenna. 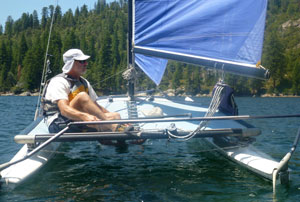 Owens began his career as an intern with the City of San Jose working on energy projects. In 1993, he took a position as energy conservation specialist with Santa Clara and recently celebrated his 20th anniversary with the city.

Out of the office, Owens shakes off the deskwork with a busy schedule of outdoor activities.

“I’m part owner of a 27-foot sailboat and own a 16-foot catamaran. Besides sailing, I like Scuba diving, biking and backpacking, especially bike camping,” he says. “My favorite bike camping trip is down the Big Sur coast where we get awe-inspiring views and meet some of the most interesting travelers from around the globe.”

Owens has twice participated in San Francisco-to-Los Angeles AIDS rides and a European ride from Amsterdam to Paris, a 6-day, 575-mile jaunt. “Collectively, my wife and I raised over $30,000 to help with ending this affliction,” said Owens.

He has also taken a 5-day bike-kayak camping trip to the San Juan Islands to view orcas and enjoy the area “at bicycle speed.”

Even from far-flung locations, Owens probably is not far from a cell phone or Wi-Fi network in order to contact his customers in a crisis.