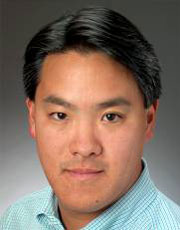 Partner, WilmerHale and Joint Venture Board of Directors

When Curtis Mo talks about his bicoastal upbringing and career, it’s easy to understand the lingering affection for New York even as he has found a permanent home here in Silicon Valley.

“I loved New York and I still do,” says Mo, reprising a Big Apple tourism theme even after spending the last twelve years here. “It’s the great city of our times, the center of business, finance, the arts and more.”

Mo, a nationally prominent corporate and securities lawyer and a Joint Venture board member, is the partner-in-charge of the Silicon Valley office of WilmerHale, a renowned global business and public policy firm with 1000 attorneys in eleven U.S. cities, Europe and Asia.

Mo represents a gamut of clients from startups to major public companies, banks, venture capital funds and private equity funds in hundreds of public offerings, mergers and acquisitions, buyouts and other transactions.

“We were the perfect assimilation of the immigrant family.”

His commitment to civic activities and community organizations led to his joining the board of Joint Venture in 2006.

“Joint Venture’s goals in public policy leadership are a good fit for our firm and for me,” he says. “I am especially interested in their work in the areas of alternative and renewable energies, and initiatives around life sciences and technology.”

Though he spent his early childhood in the Bay Area and Chicago and his high school years in Virginia, Mo returned to his birthplace to earn both his undergraduate and law degrees at Columbia University.

“Stanford was my other choice,” he says, “but New York was very exciting to me. After high school in Blacksburg, where my dad was teaching physics at Virginia Tech, I was ready for a big change. I wanted to live in New York, and Columbia is a great school.”

The importance of higher education and the security a professional career brings was an early value stressed in the Mo home.

Mo’s parents emigrated to the U.S. from China through Taiwan in the late 1940s. In the mid-1960s, Mo’s father, Luke, was part of a team at the Stanford Linear Accelerator that discovered submicroscopic particles called quarks. For that work, three of Dr. Mo’s colleagues shared the Nobel Prize for physics in 1990.

Growing up in academia exposed Curtis and his sister, Alice, to a world of science and many of its well-known figures, but Curtis was drawn to the law. Alice, meanwhile, became a pediatrician.
“We were the perfect assimilation of the immigrant family,” says Mo. “My parents got a doctor and a lawyer.”

“Joint Venture’s goals in public policy leadership are a good fit for our firm and for me. I am especially interested in their work in the areas of alternative and renewable energies, and initiatives around life sciences and technology.”

During law school, Curtis interned one summer under the legendary Bob Morgenthau in the New York District Attorney’s office, where he decided that life as a prosecutor or criminal defense lawyer was not the right path for him.

He soon turned his attention to corporate law. And to another Columbia student, Wai Tuen Ngai, the daughter of immigrants from Hong Kong, who went on to earn her MBA at the University of Pennsylvania. Curtis and Wai were married in New York City in 1991, and today they have two sons, Cullen, 13, and Ryan, 7.

Manhattan was a great place for his burgeoning career, says Mo, but not for raising children and the family soon moved to suburban Westchester County. The tradeoff, however, was a grueling commute that saw Mo leave the house in the morning darkness and often returning after 9 p.m.

“I rarely saw the boys,” he says. His schedule was exacerbated by frequent travel to the West Coast, but that’s also where Mo saw the opportunity to work and live in the same community.

Finally, in 1996 the Mo family moved to California and he joined Brobeck, Phleger & Harrison just as the firm was rising to national prominence handling hundreds of dot com IPOs and mergers. Mo ran Brobeck’s Silicon Valley corporate practice until the firm dissolved amid the dot com bust in 2003.

He landed on his feet at Wilmer Hale in 2005, and has risen to become one of the region’s top corporate lawyers, representing the likes of Cisco Systems, Digital Island, Doubletree Hotels, E*Trade Group, JetBlue Airways and Restoration Hardware.

Best of all, his commute is just a few minutes from his home in Menlo Park to the office on California Avenue in Palo Alto, giving him valuable family time and more opportunities to pursue his passions for reading, hiking, boating and skiing, in the Bay Area and Lake Tahoe.

A voracious reader of one to two books a week, Mo has recently turned from nonfiction to novels. Among the books currently on his night stand is “Saturday,” by Ian MacEwan, and “Blood Meridian: Or the Evening Redness in the West,” by Cormac McCarthy, author of the acclaimed “No Country for Old Men.”

One is set in London, the other in the American Southwest, both far from New York or Silicon Valley. Great for quiet flights into imagination, but in the real world it’s hard to imagine Curtis Mo ever being very distant from either coast.