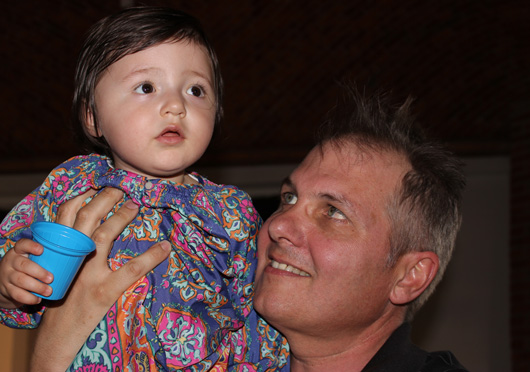 A bowling ball-sized chunk of crystallized salt perches like a giant piece of rock candy on a corner of Terrence Grindall’s desk in his office at Newark City Hall, a memento from one of the city’s oldest and best known companies, Cargill.

Fifty years ago, the company then known as Leslie Salt was Newark’s largest private employer and the largest landowner in the Bay Area, with 26,000 acres of salt ponds producing one million tons of salt annually.

But things have changed, says Grindall, Newark’s assistant city manager and community development director and the outgoing chair of the Silicon Valley Economic Development Alliance, an arm of Joint Venture.

“After the school district, the largest private employer here now is Logitech,” he says, “and this fall Amazon is moving into a new 600,000-square-foot distribution center. They’ll be hiring 500 people.”

Logitech, which makes computer and gaming mice and accessories, moved its North American headquarters and nearly 1,000 employees from Fremont to Newark’s modern Pacific Research Center in 2011.

“The rationale for the move is fairly straightforward,” Logitech CFO and VP of finance Erik Bardman told the San Francisco Business Times at the time. “It’s the right type of modern, flexible facility for us now and for the next five to 10 years.”

Meanwhile, says Grindall, Newark is maintaining its historic balance of residential and industrial construction, both of which exploded during the baby boom years.

“We have one foot in Silicon Valley and one foot in the East Bay suburbs,” Grindall says of the city of 43,000 on the eastern shore of San Francisco Bay bordered by the Dumbarton Bridge, Interstate 880 and Fremont.

Plans are currently moving forward on development of 640 acres in southwest Newark for a residential community of up to 1260 single-family detached homes as well as open space, recreational amenities and a school site.

“Terrence is very collaborative and has the trust of the city manager, the city attorney and the council, from what I can tell,” says Tim Steele, senior director of real estate planning for the Sobrato Organization, a partner in the project.

“Once you get that you can work really well with outside developers and other applicants,” added Steele, who has known Grindall since both worked for the City of San Jose years ago.

“He has a confidence that comes from having your elected officials support you. It goes a long way toward professional growth and getting things done.”

Grindall is currently in the process of negotiating a new contract for fire protection services with the Alameda County Fire Department. The current five-year contract expires next May.

“It has worked out well for us,” says Grindall. “We had severe budget cuts and we did a study of our fire service needs. We saw a cost savings opportunity with Alameda County Fire. However, unfunded liabilities for post retirement medical benefits pose a serious challenge.” 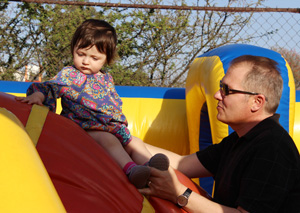 “We have no dedicated economic development staff here, so city manager John Becker and I make it a priority,” says Grindall. “Silicon Valley EDA is a place to stay on top of things, where I can plug into relationships.

“A smaller city like ours can use the SVEDA to get more done on a shoestring. SVEDA seems custom-made for what I need out of it. It’s extremely valuable for me.”

“I have so much respect for that man,” said former Newark city planning commissioner Marla Blowers. “Terrence was always up to the minute on anything going on, and if we had a contentious discussion going on about something his was always the voice of reason."

“He brings an energy to his work,” she added. “He wants the best for the city and he has foresight about types of businesses and things that we need to round us out as a well balanced community.”

With just 55 people in Newark city government, the collaborative nature of the staff and the opportunity to have an impact is what lured Grindall to Newark from his planning role with a wealthy private developer in San Joaquin County in 2006.

He’d been with Ranchwood Homes two years at the time, and learned a good deal about real estate development. “When the owner came to interview me for the job, he landed outside a roadside coffee shop in a helicopter,” Grindall recalls.

“He wants the best for the city and he has foresight about types of businesses and things that we need to round us out as a well balanced community.”

The pubic sector, in fact, is where he had spent most of his career and where he was always drawn.

The son of an American diplomat, Terrence Grindall, Sr., he was born in Long Beach but was a 2-year-old in living in Washington, D.C. in 1965 when his father contracted a bacterial infection while serving in Kabul and died from complications of the treatment.

Soon afterward, his mother, Eleda, moved her three children back to southern California, where the family lived with Terrence’s grandparents.

“My grandfather became my father figure,” he says. “Education was important to my father and I grew up with his library – all of his books and notes.

“I read everything, the classics, Shakespeare. I enjoyed ‘War and Peace’ and Hemingway’s style. I loved how he got to the point. I also loved science and read National Geographic cover to cover.”

Terrence bounced around junior colleges between various jobs, working for Price Club and as a cable TV installer in Las Vegas. That’s where everything changed.

“I distinctly remember being up on top of a pole installing wire in a thunderstorm one day when I had this epiphany. I gotta go back to school.”

Eventually, Grindall finished community college and earned a BS in Urban Studies at San Francisco State University in 1989, inspired in part by a fascination with public transit systems in European cities he had visited.

At about the same time, he met and married a woman and had a son they gave Terrence’s middle name, Travers.

Grindall parlayed an internship at San Francisco State into his first job as a transportation planner for Caltrans, where he spent nine years.

“While working towards a Masters in urban planning at San Jose State, I worked with John Weis at the San Jose Redevelopment Agency.” Soon after, he joined the agency as a project area manager.

From San Jose he became manager of economic development and redevelopment for the City of Manteca in 2001.

“The good news was Manteca had a pile of money at the time,” Grindall recalls. “The bad news was, the reason they had so much money was that the council was conflicted about spending it.” 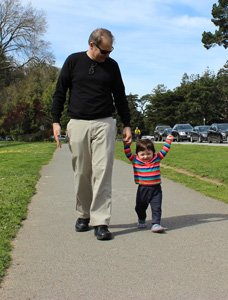 Four years ago, Terrence met a Mexican woman, Anabel, on Match.com and cultivated a relationship online and by phone until he traveled to Mexico to meet her.

She soon moved to Newark. They were married two years ago and now have a 17-month-old daughter named Eleda, after Terrence’s mother.

Grindall spends much of his free time with his wife and daughter, but you can also find him running three times a week as he trains for a half-marathon, or at a Giants game.

The family lives in Newark, a short four-minute commute for Grindall, who aspires to be a city manager someday.

Those who know him best aren’t betting against it.