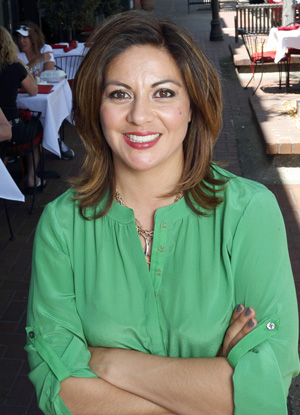 “It’s not a gateway; it’s a destination,” Ramirez says. “We have all the amenities people look for when they need a quick getaway. Morgan Hill is the next Healdsburg.”

In addition to all the above amenities for visitors, Morgan Hill has also cultivated a homegrown business climate where more than 1,000 businesses now operate, many of them with a global reach, including Tencate Composites, Anritsu and Specialized.

“We are telling the Morgan Hill story with a new branding campaign to promote all the great reasons to visit, work and live here and it’s in Silicon Valley’s backyard,” Ramirez says.

“SVEDA allows me to engage with my peers, to learn from them, to exchange information and to find areas where we can collaborate,”

Ramirez came to Morgan Hill in 2011 after eleven years with the San Jose Redevelopment Agency and has been working since then to foster economic development and create a sense of place in the community of 48,000.

“Morgan Hill has so much to offer,” she says. “It’s known for its superb quality of life. But what people don’t know is that it is a very progressive community that has made hard decisions to create sustainable growth by pacing development, protecting beautiful hillsides, adding state-of-the art recreational facilities and creating one of the most aggressive affordable housing programs in the state, where one of every ten ownership homes is affordable.”

A big attraction for the city is its burgeoning downtown, with some 30 popular restaurants (including one with a Michelin-starred chef). The surrounding South County region offers dozens of award-winning wineries, pick-your-own farms, parks, lakes and golf courses. All of it sits within a short drive of two international airports, three shopping malls, Monterey and Carmel, Santa Cruz and, of course, the heart of Silicon Valley.

“My job is to tell the story of Morgan Hill,” Ramirez says, “but it’s been a collaboration of the city, the tourism alliance, the wineries of Santa Clara Valley, the farm bureau and others.”

Ramirez’ current focus is working with her team on the downtown redevelopment projects, which include development of four parcels, implementation of $25 million in bond monies for streetscape projects, parks and a parking garage. She is also overseeing a “placemaking strategy” that incorporates a pedestrian-friendly streetscape design that embraces art and lighting and slows down traffic.

“We’ve had great success with our public art projects,” says Ramirez. “We’re adding a bronze family of deer, benches made of propane tanks, murals, sculptures, and a pop-up park with a ‘kids’ corner’, outdoor fitness stations, and a bike hub.”

“She has really tried to become more regionally engaged and to be at the table with state organizations. She’s done an awful lot to elevate the community’s presence.”

The most controversial art project, she says, has been for the new 273-space parking structure. It’s a giant metal spider with a body made of vintage auto and motorcycle headlights scaling the outside of the building.

Lively public hearings on the topic, she says, have recently swayed the artist to make the two-story arthropod look more like a tarantula. Common to the area, the fuzzy arachnid is celebrated every October with its own Tarantula Fest at Henry W. Coe State Park.

Ramirez values her association with Joint Venture and the opportunity it provides to connect with economic development officials in other communities and to learn from the data presented in the annual Silicon Valley Index, produced by Joint Venture’s Silicon Valley Institute for Regional Studies.

“SVEDA allows me to engage with my peers, to learn from them, to exchange information and to find areas where we can collaborate,” says Ramirez, whose term as chair of the Silicon Valley Economic Development Alliance ends next month.

“With the dissolution of redevelopment, the network of peers was critical for all of us to learn what other communities were doing to provide services. SVEDA was incredibly useful to learn how to do more with less.

“Being chair has been a great experience,” says Ramirez, whose successor will be Palo Alto economic development manager Thomas Fehrenbach. “The beauty of the organization is that we work so well together. It’s a true partnership.”

“Edith’s leadership and activities with SVEDA have been very good for us,” said Leslie Little, Morgan Hill assistant city manager. Their relationship goes back 15 years, when both were working for the Redevelopment Agency in San Jose.

“She has really tried to become more regionally engaged and to be at the table with state organizations. She’s done an awful lot to elevate the community’s presence.”

Little added that Ramirez is an “exceptional thinker with a lot of energy” who is “ethical, fair and very creative, and really good at engaging the community more passionately about our vision.”

Ramirez was born in Mexico City, the second youngest in a family of ten children of Jose and Ernestina Ramirez.

“Both my parents were in sales, mostly insurance and cemetery plots, and as a kid they dragged me to sales calls where I had to sit quietly for what seemed like a lifetime. It was absolute torture. I always promised myself I would never go into sales, and now here I am, basically in sales every single day. It’s ironic.”

Edith moved to San Jose as a teenager. “In our neighborhood in East San Jose there were drugs and street crime,” she recalls, “and my dad tried to get the neighbors together to stop it. That was my first exposure to community service, seeing that you can create change by getting people to work together.”

Although she knew no English when she arrived here, Ramirez not only graduated from Silver Creek High School, she got into San Jose State University on a scholarship.

Edith graduated from SJSU with a degree in political science. A year of study in Bath, England, included an assignment in the mayor’s office, where she became more focused on working in local government. She later earned her master’s degree at SJSU in public administration.

“I love public service and I love my career,” she says. “It’s a way of giving back.” Lately she’s been talking with high school classes, telling her story to help motivate them to find future success. 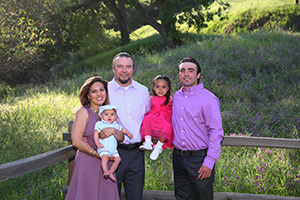 “I’ve known Edith for 15 years and she’s one of my best friends,” said Guisselle Nunez, director of external affairs for KQED Silicon Valley. “I love the energy she brings. She’s a no-nonsense person who’s willing to listen to you and tell you what she thinks. We can be very honest and frank with each other.

“We talk regularly. We’ve been talking lately about our personal and professional development. We are a support team on both levels. We are our own cheerleaders.”

Ramirez and her husband, Jerrod Grant, a manager with Space Systems Loral in Palo Alto, have two children, Vanessa, 4, and Nathan, 1. Edith’s stepson, Justin, is 21.

Leisure time is precious for Ramirez. “I love running, hiking, camping and skiing,” she says, “but I haven’t had a lot of time for that. I’m raising two kids.”

That’s a fair excuse for someone who’s parenting two little ones and growing a city at the same time.