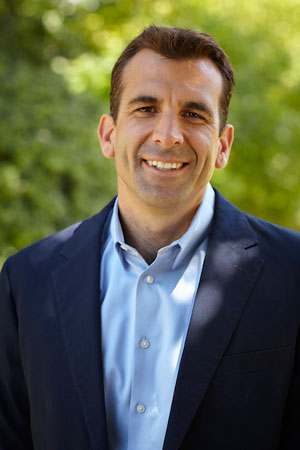 Mayor, City of San Jose, and Joint Venture board co-chair

After years of coping with recession-era restraints as a San Jose City Council member, now he finds himself in his new office down the hall just as the Silicon Valley economy is rebounding in a big way.

“I’m like a kid in a candy store,” says the mayor, who is also the new co-chair of the Joint Venture board of directors.

“Those were tough times on the council, but now Silicon Valley is booming and I have a real opportunity to rebuild the city and restore services that Chuck Reed never had because of the economy,” Liccardo says. “I’m lucky, but without discipline it’s easy to lose focus.”

A recent visitor asked Liccardo to name the best thing about his first four months in office. “More people laugh at my bad jokes now,” he replied.

“But seriously,” he quickly added, “it’s been the realization that it’s possible to do more innovative things. We are focusing on key initiatives to get things done, like improving safety – my top priority – and bridging the opportunity gap for families struggling to make ends meet. This city can be a model for the rest of the country. It’s dizzying at times.”

He has created an Office of Strategic Partnerships in the mayor’s office to develop alliances among the city, nonprofits, philanthropy and business “to engage in more innovative and collaborative work.”

“Companies are more willing to look for ways to help,” he says. “They need us more when companies are expanding,” he said, referring to infrastructure and city planning. “Their employees are paying more attention to what’s happening at city hall.” 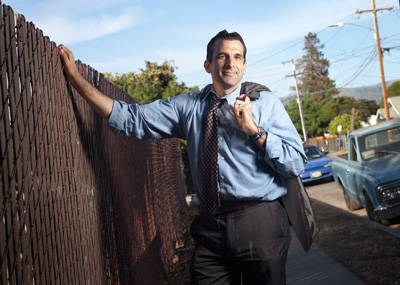 The mayor’s office is much more of a fishbowl than the council, says Liccardo. “The issues and battles come to you. There’s a pent-up demand for action on so many things, from street repairs to after school programs to water conservation. But we need to recognize our fiscal limits.”

The hardest thing about his nascent term in office, Liccardo says, was the killing of San Jose police officer Michael Johnson in a confrontation with a gunman on Senter road March 24, the first death of a San Jose officer on duty in 14 years.

“It’s a great opportunity for me to have a front row seat to the research, the experience, the best practices, the latest thinking and the innovative approaches that Joint Venture offers.”

“That tragedy really brought home the reality that there are factors beyond our control,” he said. “There is nothing you can say to a mother who’s lost her son or to heal the wounds of the family of the police department.

“It was a moment of great fallibility for me,” he continued. “It helped me recognize that my job isn’t to change the course of history but to muster the best response I can to every situation.”

Liccardo says he learns “a lot every day” and that he needs to “take care of what I say and how I respond because people take everything more seriously.”

Historically, the mayor of San Jose has served as the public sector co-chair of Joint Venture’s board of directors, and Liccardo readily agreed to fill the role occupied by former mayor Chuck Reed.

“It’s a great opportunity for me to have a front row seat to the research, the experience, the best practices, the latest thinking and the innovative approaches that Joint Venture offers,” says Liccardo.

“Joint Venture also gives me an early shot in the collaborative process around the table with the leaders in the public and private sectors,” he added. “It produces generative dialogue and collective action.

“I’m a policy wonk. I value enormously those with a thoughtful, objective view of how to solve problems. Joint Venture’s leadership is critical.”

“He really cares about the city and its issues.”

“Sam is a regular guy, very straightforward and open,” says first-term San Jose City Council member Chappie Jones, who has known Liccardo for years through his work on a number of city commissions, committees and civic organizations.

“He really cares about the city and its issues,” Jones continued, “and his compassion stands out. He would give the shirt off his back to someone in need.”

Jones added that Liccardo is an effective leader because “he is open to alternative ideas and solutions” and “brings a sense of collaboration to his work.”

Liccardo was born in Saratoga, a descendant both of early Spanish explorers and Sicilian immigrants. His mother’s ancestors were among the first Mexican settlers in the Bay Area.

He is the youngest of five children of San Jose attorney Sal Liccardo and his wife, Laura, a registered nurse. Liccardo’s father, now 80, is still active as a product liability lawyer with offices on The Alameda.

Growing up, Sam says he learned to “stick up for myself” among four older siblings. Like his father, he graduated from Bellarmine College Prep. 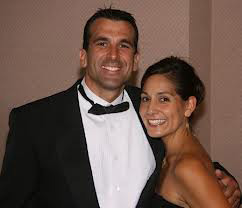 “I wasn’t going to go to law school,” he says. “I was interested in development economics.”

He spent his junior year working in Belize, where he contracted a parasitic infection that lingered until his graduation a year later.

“I was sick and sleeping a lot and I started thinking about grad school. Bobby Kennedy was one of my heroes and I decided I could make more of a difference as a lawyer.”

He enrolled at Harvard Law School and Harvard’s Kennedy School of Government, and graduated in 1996 with a law degree and a master’s in public policy.

During his first run for city council in 2006, he met his future wife, Jessica Garcia, at a campaign event.

“There were about 60 people there and she was a homeowner who kept peppering me with questions,” he recalls.

They were married in 2013 and now live in downtown San Jose’s Northside, a block from where Jessica grew up and a dozen blocks from the neighborhood grocery store that his paternal grandparents operated in the 1940s and ‘50s.

Fit and athletic, Liccardo, 45, has been a triathlete and is an active runner and cyclist, although he laments having less time to exercise now than he would like.

While he misses the gym, it’s fair to say that the heavy lifting he does these days happens daily as the mayor of the tenth largest city in the country, a city that’s on the leading edge of an economic boom.

Timing, as the expression goes, is everything.