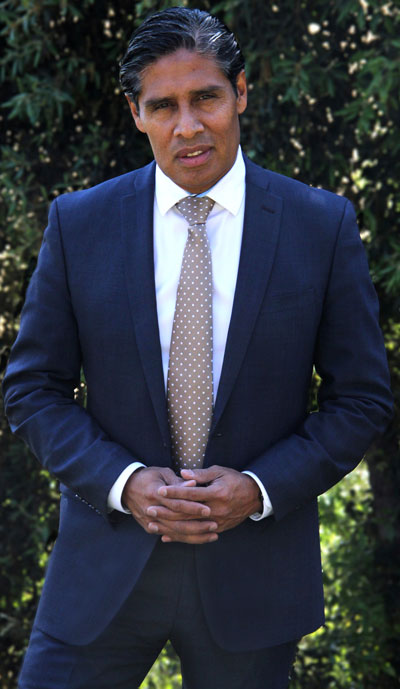 Josué García likes to think of his life as another Silicon Valley success story that started in a garage. But it’s not a tech story. Call it a tech-ador story.

The garage was at Tenth and Taylor Streets in San Jose, where Josué lived with others when he first arrived here in 1983 as a 20-year-old immigrant from Mexico, not knowing a word of English.

Techador is Spanish for roofer, García’s first full time job. He learned the trade while taking English classes at night.

Despite a hot asphalt burn that put him out of work for a time, he persevered, joined the Roofers and Waterproofers Union Local 95 in 1985, and rose through its ranks. Today García, 52, is CEO of the Santa Clara & San Benito Counties Building & Construction Trades Council, representing 26 unions and some 30,000 workers, and is a member of the Joint Venture board of directors.

A self-taught man who has taken many college and university classes, workshops and seminars, Garcia is often invited to serve as a keynote speaker at universities, community organizations, churches and other public events. He has served on the boards of a number of civic and community organizations, including San Jose SPUR, SIREN, the NOVA Workforce Board and Lincoln Law School of San Jose.

“I grew up very poor and I was a high school dropout,” García says, “but I always dreamed I would make it big one day.”

Determined, tireless and proud of his heritage, García’s dreams have come true. In addition to his role with the Building & Trades Council, he has received a number of accolades and wide recognition for his work in the community and on behalf of workers in the region.

The current construction boom created by the thriving Silicon Valley economy has him facing two big challenges on behalf of his members and the community, he says. One is what he calls “wage theft” in publicly funded projects and the other is out of town workers taking local jobs and taxes out of our community.

“The prevailing wage for construction work in every trade is set by state and federal regulations at between $40 and $75 per hour,” says García. “But a lot of workers don’t know that and are being paid $15 to $25 an hour. This is what I mean by wage theft. It happens a lot and some developers and some contractors think they can get away with it. The main factor is fear – workers are afraid they’ll lose their jobs if they say something.”

García regularly talks to workers in the region to makes sure they’re informed about the prevailing wage, to educate them about their rights and answer questions.

“He's very knowledgeable and a good teacher, but he’s also willing to learn from other people and takes time to collaborate with others.”

“Union unemployment here during the recession was up to 40 percent and now it’s five to six percent,” García added. “There’s a lot of work, and that’s obviously very good.”

But the downside of the economy-fueled building boom, he says, is that a surplus of jobs is bringing workers from other regions and states to Silicon Valley.

“Our workers need to make $31 an hour to live here, so we can’t compete with Texas wages, for instance. Some developers tend to cut corners as much as possible. They’ll bring workers in for a few months, pay them lower wages, put them up in cheap hotels, several to a room, and feed them pizza and water.”

García says construction and building trades unions are often “under attack by some elected officials and others who are not informed” about union rights and wages.

A number of large tech companies have become developers in their own right by constructing their own buildings and sprawling campuses, he says. But, he adds, Silicon Valley is not as union-friendly as other parts of the Bay Area or nation. “San Francisco is more union-friendly than the Bay Area in general,” García says. “New York is a big union city.”

“Josué brings a lot to the table in labor issues,” says Joseph Sanchez, a personal friend and colleague who manages labor and government relations for the Building & Trades Council. “He's very knowledgeable and a good teacher, but he’s also willing to learn from other people and takes time to collaborate with others.”

“This is an old, slow-moving organization and the construction industry can be political, but he’s able to navigate that pretty well,” Sanchez continued. “He tends to look past that and smooth things over to get people to share his vision.”

García became familiar with Joint Venture while serving as deputy executive officer for the Building and Trades Council under Neil Struthers, who was a Joint Venture board member. 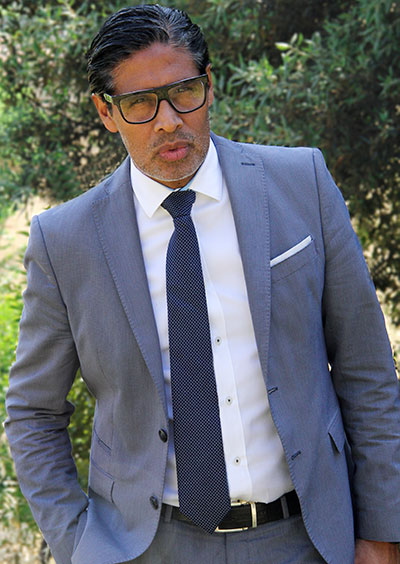 “When Neil retired Russ Hancock approached me to join the board and I accepted right away,” he says. “I see it as a neutral organization with good initiatives that can help every person in the community. It’s important for me to be with the people at the table, to meet and rub elbows with other leaders in the region. I want to have an impact, to contribute what I can to offer the perspective of the working class.”

Josué was born in the small Mexican city of Lerdo, the fourth-oldest of nine children of Francisco and Naty García. His father was in retail sales and his mother was a homemaker. She passed away five years ago.

“My parents were orphans and uneducated, but they were very wise,” says García. “My dad was the founder of the church in our town, and they were able to send us to private schools. They had strong family and community values. My mom helped anybody with a need and was an inspiration to me to dream big and help others.”

When he first came to the U.S., he lived in his brother-in-law’s garage.

“I hustled for work,” he says. “For a while I ran a machine that made little green plastic baskets for strawberries. It was painful. And then I became an apprentice with Rush Roofing.”

“I see it [Joint Venture] as a neutral organization with good initiatives that can help every person in the community.”

After ten years as a roofer, García became financial secretary treasurer of Local 95 of the union and rose to Deputy Executive Officer in 2001.

“Josué just had something, I didn’t know what it was at the time,” said Dan Smith, director of training for the Roofers & Waterproofers Training Center in Livermore. Smith was the business manager for Local 95 when the financial secretary treasurer position opened up.

“He walked in, sleeveless shirt, ball cap backwards, dirty from work, and I offered the job to him. He thought about it and said, ‘If you believe in me, then I believe in me.’ I sat him at a computer. He didn’t even know how to turn it on. Six months later he’s writing programs in Access and spreadsheets in Excel.”

Smith added that García is “constantly looking for new ways to think. He studies people and reads a lot. He probably reads four books a month or more. He’s constantly talking to people and wanting to learn. At his age, he’s still a sponge.” 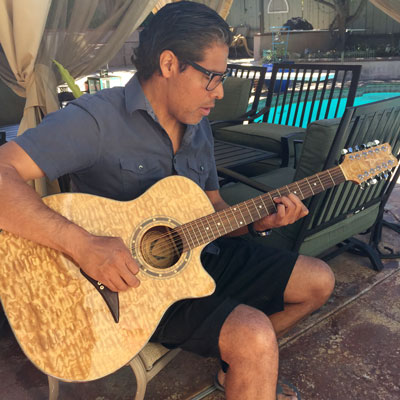 García left the Building and Trades Council in 2011 for a year and a half to serve as Chief of Staff for San Jose City Councilman Xavier Campos. He spent another year and a half as Director of Government Relations and Labor Compliance for the Northern California Fire Protection Compliance Group before replacing Struthers in 2014.

In his leisure time, García plays indoor soccer and the guitar. A voracious reader, he prefers self-help books and the Bible. He’s currently reading, “Getting to Yes with Yourself: And Other Worthy Opponents,” by William Ury.

Today Josué lives in San Jose in a home he owns. With a garage, of course.