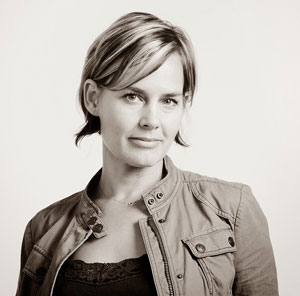 What’s more, Jennifer is the first woman to receive this distinguished honor since its inception in 2006.

Like David Packard, Jennifer brings the same sleeves-up, problem-solving approach to improving our community. Through her work in Washington, in cities across the nation and here in Silicon Valley, she is reinventing citizen participation in government for future generations. And she’s doing it by changing the way government uses technology.

By applying her technology experience in the private sector, she finds digital solutions that make government beautiful, simple and easy to use.

Since launching Code for America seven years ago, the organization has modernized online access to public services in more than one hundred cities from San Francisco to Boston. This ranges from economic development and human services to public safety and criminal justice.

To accomplish this, Code for America brings in mid-career tech professionals willing to work for a year in cities that need outside help. It also requires cities to be open to changing age-old rules and requirements, which can add to the challenge. For example:

In Oakland, Code for America fellows spent a year creating an application that helps city workers manage the growing demand for public records.

In Boston, Code for America developed a website that helped parents figure out where their kids could go to school. 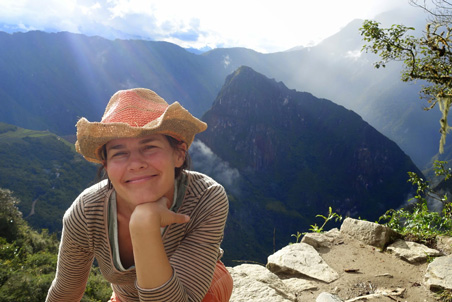 Today Code for America operates out of an old leather factory in San Francisco’s South of Market district. For its first six months, Code for America’s budget was just $30,000, but it has now grown to about $11 million per year, with support from individuals, foundations such as the Omidyar network and such tech companies as Microsoft and Google.

Its early success also led to Jennifer taking a year’s leave from Code for America to work with the president’s CTO, Todd Park, in the White House Office of Science and Technology Policy, developing the United States Digital Service and expanding the presidential innovation fellow program.

Jennifer and her older sister, Amy, were born in Maryland to Bill Pahlka and Barbara Sellars. The girls grew up in Texas, New York and Connecticut. Their father was a Yale grad who earned his Ph.D. In English literature at the University of Texas at Austin and taught school in New York, while their mom graduated from Yale’s midwifery program and has delivered more than 2000 babies, including all three of her own grandchildren.

Jennifer earned her bachelor’s degree in American studies at Yale in 1991, and then moved west to ponder her future. She took a secretarial job at the Children’s Home Society in San Francisco. It was there she first began to realize the effects that inequality, poverty and abuse have on young people.

She followed that experience with more than a year of travel through India, Southeast Asia and the U.S. Travel profoundly changed her, she says, because it helped to face her fears, build confidence and learn the value of loving what you do.

She embodies the best qualities of David Packard and the criteria for the award: she's entrepreneurial and she brings that entrepreneurial spirit into the public sector.

In 1995 and back in San Francisco, Jennifer landed a job with the media company Miller Freeman, where she spent eight years and where she ran the Game Developers Conference, Game Developer Magazine, Gamasutra.com, and the independent Games Festival. Previously she ran the Web 2.0 Expo and Gov 2.0 event for Techweb, in collaboration with O’Reilly Media. 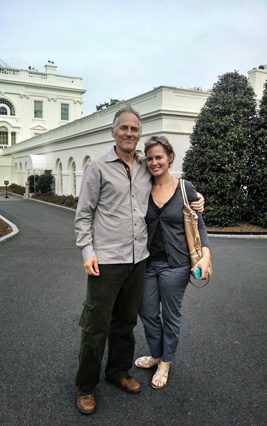 In 2009, while talking with a friend involved with Teach for America, she seized on the idea of a similar public service program for tech workers – and Code for America was born.

Jennifer is known for her TED talk, “Coding a Better Government,” and is the recipient of several awards, including M.I.T.’s Kevin Lynch Award, the Oxford Internet Institute’s Internet and Society Award, and the National Democratic Institute’s Democracy Award.

A year ago Jennifer married Tim O’Reilly, and they live with her daughter, Clementine, in Oakland.

With all this in mind, it’s easy to understand why the leaders of Joint Venture chose Jennifer for this honor. She embodies the best qualities of David Packard and the criteria for the award: she's entrepreneurial and she brings that entrepreneurial spirit into the public sector. She works across many different sectors and crosses those boundaries gracefully. She also has tremendous problem-solving skills.

She acts on a keen sense of responsibility. She doesn’t wait for someone else to do something, but seizes the initiative herself. Most importantly, she's delivering results, and she's having an unbelievable impact.