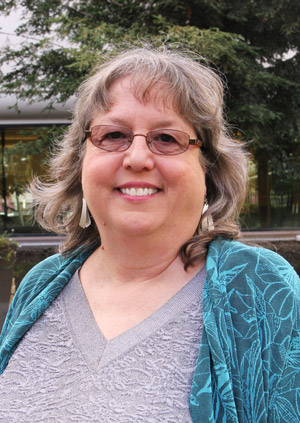 Sherri Sager, chief government and community relations officer for Lucile Packard Children’s Hospital Stanford, frequently travels to Washington, Sacramento and throughout the region to advocate for LPCH and its patients.

Next month she will accompany a four-year-old Silicon Valley boy and his family to Washington on an important mission. They will be there to ask Congress for a hearing on HR 546, the Advancing Care for Exceptional Kids Act, which benefits children with “medically complex” conditions. The boy’s condition certainly qualifies as complex – he needed the consent of every one of his 16 pediatric specialists to make the trip.

“When kids get sick they get sick very quickly, so we need to mobilize services quickly,” said Sager, now in her 23rd year with the hospital. She is also a Joint Venture board member. “We bring services to the community and we support the community.”

“We have to give families the tools they need all along the way.”

For every child being treated at Lucile Packard Children’s Hospital Stanford, a widening cluster of service providers, healthcare advocates, community organizations and government officials have a stake in the outcome. While the doctors do their work, Sager’s team does its job.

“We have to give families the tools they need all along the way,” says Sager. “Incredible inroads have been made in pediatric health and we have to provide regional services. Last year our patients came from 45 states and 32 countries.”

The hospital provided $206 million in community benefit services and activities last year. Sager oversees a team of fifteen from her Menlo Park offices, where she divides her time between management, federal, state and local legislative advocacy and community partnerships. 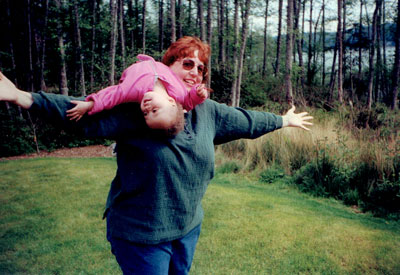 “I’ve always been a believer in public-private partnerships and I can remember when Joint Venture started. I was working for (then-Assemblyman) John Vasconcellos. It was always about bipartisanship.

“Joint Venture has always been a place to incubate good ideas to see if there’s a there there. It’s much more nimble than big organizations.”

Sager says she is particularly interested in Joint Venture’s collaboration with Urban Harvester to redistribute the region’s surplus fresh foods to hungry families in the community.

“Child hunger is a big problem,” she says. “From our standpoint, pediatricians are probably the first health professionals that families come into contact with who can become alerted to this issue.”

“Another aspect of my job is to build robust community education programs, from classes for becoming new parents to classes for students heading off to college. Child raising is very different today.”

The hospital, she says, has prioritized three health needs for San Mateo and Santa Clara Counties: improving access to primary health care services, prevention and treatment of pediatric obesity, and improving the social, emotional and mental health of children and youth.

Among the programs Sager highlights that received financial support last year are the Heart to Heart seminars for pre-teens and parents, the mobile Teen Health Van, the Ravenswood Family Health Center dental and pediatrics program and the Palo Alto Family YMCA’s Reach & Rise one-to-one mentoring program to move youth from risk to resiliency.

Sager also said the hospital works closely with the United Network for Organ Sharing and that one hundred percent of the LPCH liver and kidney transplant recipients have a five-year survival rate.

“Joint Venture has always been a place to incubate good ideas.”

“The important role that hospitals and health care plays in the community is not something most people think about on a daily basis,” says Sager. “I’m mission driven, so the role I have here is perfect for me.”

Sager was born in Los Angeles, where she lived until moving to San Jose in seventh grade. Her father, Al, was a salesman and her mother, Elaine, was a homemaker. She has a younger brother and sister, three nieces and a nephew.

Sager’s first experience with politics and government was a vivid one. She recalls clearly the day her fifth grade class was interrupted with the news of the assassination of President Kennedy.

“They took us all outside,” she remembers. “I wasn’t exactly sure what was going on, but all the sixth graders were crying so I knew it was bad. They sent us all home and we sat glued to the TV. My dad had a JFK bumper sticker. He always said Kennedy gave him ‘a lot of hope.’”

She also remembers being in her parents’ bedroom watching the June 1968 California primary election results on TV when Kennedy’s brother, Bobby, was shot to death.

She managed to do both. After graduating from Pioneer High School in San Jose she attended Santa Clara University, where she earned a degree in political science.

“I was politically active at a young age,” says Sager. When the 26th Amendment lowered the voting age to 18 in 1971, Sager registered immediately. A year later she became a delegate for Hubert Humphrey and went to the Democratic Convention in Miami, her first time out of California.

“It was an awesome experience,” she says, “getting to meet Humphrey. He wasn’t an exciting person on television, but in person, one-on-one, he was very charismatic.”

Sager says she learned from that experience “that if you want to change the world, you have to change it from the inside,” and she continued to pursue her interests in politics.

She earned her master’s degree in public administration from San Jose State University and spent time working with Vasconcellos and former San Jose Mayor and Congressman Norm Mineta, both of whom she credits as mentors. 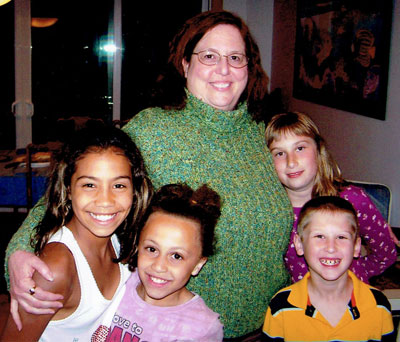 She is also a past chair of the government relations committee of the California Children’s Hospital Association, has served on numerous statewide task forces and volunteered extensively for the Girl Scouts of Santa Clara County, the Santa Clara County Human Relations Commission and the Junior League of San Jose.

“I’m also a huge sports fan,” she declares. “Warriors, Sharks, 49ers, A’s, all of them. I love (the Warriors’) Draymond Green because he gives back to the community. My favorite A’s player now is Coco Crisp, but my all-time favorite is Hendu – Dave Henderson. It’s all about attitude.

“For me, athletes have to be smart and be good people. The first athlete I remember liking was Edwin Moses.” Moses was an Olympic gold medal track and field athlete in 1976 and 1984.

At the end of the day, you’ll find Sager with her nose in a book, preferably hardbound and usually a mystery by Robert Parker or David Baldacci or Harlan Coben.

“I like real books,” she says. “I have bookcases everywhere in my house, stuffed with books.”