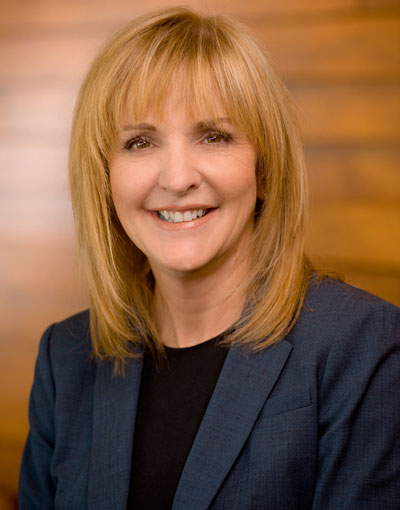 When you’re the customer support face of a very large global networking company with several thousand employees in over 40 countries and many of the world’s biggest companies are customers, you’d better have a strong customer service executive and a solid team behind that role.

Fortunately for Juniper Networks, it has both in Diane Doolittle, Juniper’s Corporate Vice President of Customer Services and Support, Business and Portfolio Operations.
And fortunately for Joint Venture, she also sits on its board.

“I have an amazing team,” Doolittle says of the approximately 200 people under her supervision who staff business offices and manage three major call centers and hundreds of parts depots in the U.S. and around the world, “twenty-four, seven..

“At her core, Diane is extremely authentic and courageous, not afraid to speak up and deal with difficult or sensitive issues.”

“Juniper Networks empowers our customers to build more than a network,” she says. “My team is responsible for the non-technical side. We make the first impression in customer care.”

“At her core, Diane is extremely authentic and courageous, not afraid to speak up and deal with difficult or sensitive issues,” said David Gonzalez, Juniper’s Vice President of Leadership and Organizational Effectiveness, who has worked closely with Doolittle over the past two years. 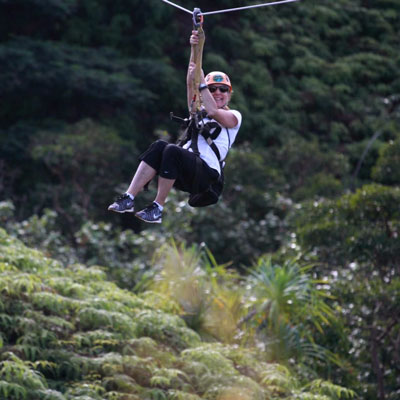 “She is revolutionary in her mindset,” added Gonzalez. “She is always thinking about things differently and what is possible. Nothing is insurmountable for her. There is no way I’d be able to get everything done if it wasn’t for her leadership.”

Doolittle, a Silicon Valley native, has spent virtually her entire career in high tech, rising through the ranks at such companies as Raychem, Synoptics, NetApp and Riverbed before joining Juniper Networks in 2010.

“I was hired as a change agent,” Doolittle told a recent visitor to her neat, sparsely-decorated office at Juniper headquarters in Sunnyvale. “We record high customer satisfaction scores and excel at service deliveries.”

Her team at Juniper includes theatre leaders in Europe, Asia and the Americas, with teams in Sunnyvale, Massachusetts, Amsterdam and Hong Kong, as well as major call centers in Poland, China and the Philippines and approximately 334 parts depots.

“We’re shifting towards cloud-based products, services and software,” says Doolittle. “We are striving to stay ahead of the curve with market changes and requirements.”

When the opportunity arose to connect with Joint Venture, Doolittle jumped at it because she believes its work aligns so well with her own experience in the region.

“Joint Venture is a great group that works in all market segments, not just high tech,” she says. “There’s a great cross-section of what the valley really represents. The diversity is fantastic.”

As someone who has watched Silicon Valley grow and change over her lifespan, Doolittle is irked by the same challenges facing so many others – traffic and transportation at choke points, housing affordability, hunger and homelessness.

“It’s so overdeveloped here and so expensive,” she says. “In most cases, it seems that in many families both parents have to work to afford to live here. In my job, I need to drive to work (she lives in the Rose Garden neighborhood of San Jose) and depending on when I go home it could take up to 90 minutes.”

“Joint Venture is a great group that works in all market segments, not just high tech. There’s a great cross-section of what the valley really represents. The diversity is fantastic.”

Doolittle says she is particularly interested in Joint Venture’s Surplus Harvest Initiative to alleviate hunger in the region by eliminating food waste and distributing surplus food to those in need.

“What really caught my attention was Linda Hess’ presentation to the board about Urban Harvester,” she says. “It nearly brought me to tears. We should all be more aware of what’s going on in our own back yard. If we could mitigate hunger in the region, I would be the most proud of that.”

Alex Gray, Senior Vice President of Customer Services and Support for Juniper, said, “We have a strong company culture and Diane embodies that. She’s a serious and capable businesswoman, but with a great spirit and sense of humor.”

“When there’s a problem she grabs it and runs with it,” he added. “Diane is good at pattern matching and recognizing what works and what doesn’t.

“She is the ideal representative to Joint Venture. Juniper has a large presence here on our campus and we have huge skin in the game in Silicon Valley and we’re very supportive of Diane’s role with Joint Venture.”

“She’s a serious and capable businesswoman, but with a great spirit and sense of humor.”

Doolittle was born at San Jose Hospital, the third of four daughters of Nick and Agnes Papac. Her father was a General Motors mechanic and her mother was a homemaker during her childhood and was very engaged in her children’s education as PTA president of her elementary school.

“I had a delightful childhood,” says Doolittle, who fondly recalls frequent family camping trips to Burney Falls State Park, being a cheerleader at Fremont High School in Sunnyvale and successfully negotiating weekend night curfew times with her mom after post-football game pizza dates.

“One thing that’s led to my success,” she says, “is my ability to collaborate. I love conflict and helping to solve it.”

That, in part, led her to San Diego State University. “I wanted to be a psychologist. I’m naturally curious about understanding how people think. But then I had this behavioral psychology class with a lab where they were putting probes in rats’ brains, and I said, ‘I’m not shocking anything today.’” 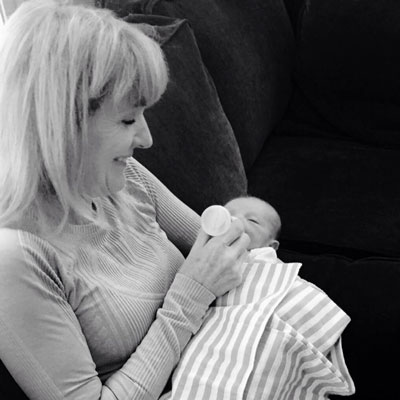 She ended up with a liberal arts degree in education and a minor in psychology. Through a family acquaintance, Diane landed a job with Raychem as a purchasing assistant. She remained there eleven years, in six different roles.

“I’m a generalist,” she says. “I’ve done almost everything there is in this business, from running customer operations for an $8 billion business to a $25 million small company in Palo Alto - and two start-ups that failed.”

It was also at Raychem that she met her future husband, Bill Doolittle, who was in purchasing. They had a daughter, Ashley, but later divorced.

Ashley is now grown and living in Chicago with her husband, Brian, and has delighted Doolittle with her first grandchild, 5-month-old Brendan. In fact, in order to stay close to Ashley and Brian and watch Brendan grow, Diane recently purchased a small townhome near them and works about ten days a month in Chicago.

At home, Doolittle is typically up at 4 a.m. riding a stationary bike and watching TV to catch up on news while answering work emails on her iPad. “I also like yoga and anything outdoors,” she says. “I’m very social and like to be around people and friends.”