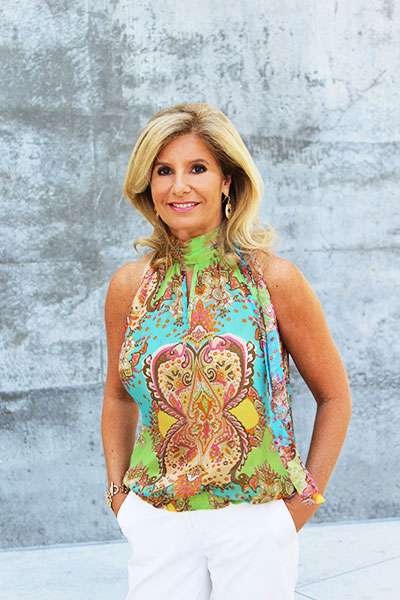 When Team San Jose CEO and Joint Venture board member Karolyn Kirchgesler volunteered to host the board’s quarterly meeting recently, you might say she upstaged her colleagues on the board in a way only someone in her position can.

The members found themselves not in a stark conference room, but seated center stage at the landmark California Theatre, beneath the looming crimson backdrop for Donizetti’s classic opera, “Lucia de Lammermoor.”

What’s more, they enjoyed an elegant breakfast of eggs Benedict, pastries and fresh fruit prepared by Team San Jose’s new in-house executive chef and culinary staff.
But then, what else would you expect from the person in charge of showing off San Jose’s entertainment and culinary delights to visitors?

“We’ve had a great year,” says Kirchgesler, who came to San Jose three years ago with 30 years of experience in the hospitality and tourism industry from the Midwest and East Coast.

“We have the best people here and they all want what is best for each other and for our team,” she adds. “We are all very invested in the success of Team San Jose and all that it represents. Everyone in San Jose has been so supportive and so willing to help. You don’t see the turf issues here that I’ve seen elsewhere.”

Selected after a national search, Kirchgesler arrived in San Jose in Fall 2013, just as the region was recovering from the recession and the city was taking the wraps off its newly renovated and expanded convention center.

“Team San Jose is basically a combined Convention & Visitors’ Bureau (CVB), or as is more commonly known now, a Destination Marketing Organization, as well as a venue management company, a professional caterer and most recently a UPS franchisee rolled up into one integrated package,” she says.

“With the healthy economy we are experiencing currently, corporate business is especially strong as is evidenced by our high hotel occupancy. And we have a great partnership with the City of San Jose which allows us to keep their venues running smoothly and gives us opportunities to co-promote San Jose for even greater visibility.”

She acknowledges some competition with San Francisco for convention business, but points out that San Jose has great weather and offers its own international airport, proximity to Monterey/Carmel, Santa Cruz and beaches, and boasts professional hockey, soccer and football stadiums and comparable performance venues.

Kirchgesler joined the Joint Venture board upon the departure of Bill Sherry, who had run Team San Jose for two years and was the director of aviation at Mineta San Jose International Airport until he retired in 2013.

“Having her here has been extremely beneficial for us,” said Kimberly Becker, who succeeded Sherry as director of aviation for Mineta San Jose International Airport and is a fellow Joint Venture board member. “We’ve been able to forge a real strong alliance and combine our resources to go out and market San Jose jointly.

“Joint Venture makes perfect sense for us,” said Kirchgesler. “People here are really invested in the city and its future. Joint Venture deals with really important issues like housing, public transportation, infrastructure, hunger and homelessness. Anyone who wants the city and Silicon Valley to do well needs an organization like Joint Venture.”

In addition to the Joint Venture board, Kirchgesler currently serves on the boards of the San Jose Silicon Valley Chamber of Commerce, CalTravel, the San Jose Police Foundation, and the San Jose Sports Authority.

“Karolyn has been the right person at the right time, arriving just when Team San Jose was transitioning from creating the organization and building the convention center,” said Michael Mulcahy, the outgoing board chair of Team San Jose and managing partner at SDS NexGen Partners, a real estate and development firm.

“Anyone who wants the city and Silicon Valley to do well needs an organization like Joint Venture.”

“We needed to start really focusing outward into the tourism side and her experience was perfect for developing that strategy and executing on it.”

Mulcahy added that Kirchgesler quickly assumed a leadership role in the community. “She is likeable, clearly smart and capable, and didn’t have a lot of work to do to gain credibility,” he said.

Kirchgesler was born in Aberdeen, South Dakota as the only daughter to Bill and Phyllis Kirchgesler and grew up in a household with four brothers. Being the only daughter, she spent a lot of time with her mother, who was an active volunteer for the Democratic Party. This gave her an appreciation for politics at an early age and she credits this experience for igniting her passion for civic responsibility.

After graduating from Moorhead State University in Minnesota, Karolyn went to work for a candidate who was running for governor in South Dakota. When he lost the election, she took a position at a chamber of commerce that was just forming a CVB. She had expected the position to only be temporary, but two years later she became the Executive Director of that organization and moved it out from under the chamber and into an independent entity.

“What I liked about Chamber/CVB work is that you have your finger on the pulse of things going on in the city and that gives you an opportunity to be part of something that can make your community even stronger,” says Kirchgesler. 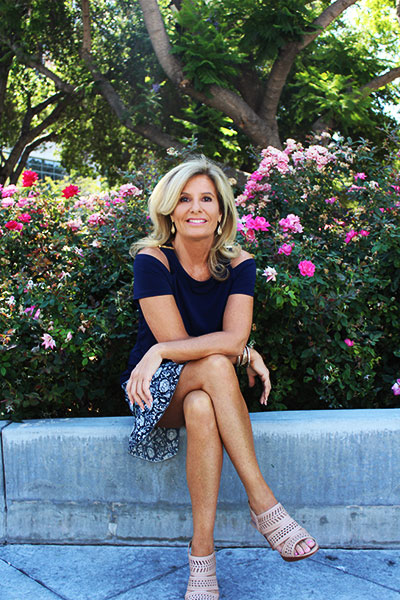 She went on to successfully run that organization for the next four years before accepting a position to head up sales and marketing for a convention center/arena complex in Sioux Falls, South Dakota. While she enjoyed learning more about the venue management side of the business for three years, her real passion was for selling and marketing a destination as opposed to a building.

Fast forward to 1997, when she moved to New Haven, Connecticut to serve for seven years as the Executive Director of a regional destination marketing organization that represented 14 municipalities.

In 2004 she relocated back to the Midwest and spent nine 9 years as the President/CEO of the RiverCentre Convention & Visitors Authority. Under her leadership, the CVB merged with the Convention Center Authority and she credits much of the success with that model to work that had been done in San Jose on their model. Kirchgesler stated, “I spent the first six months in that job researching the model that San Jose had set up – so basically, I had nine years of practice there before taking over the helm here at Team San Jose.”

Karolyn lives in San Jose in the Silver Creek area and spends her free time outdoors whenever possible, enjoying art and wine festivals, concerts, farmers’ markets, beaches and hiking with her German shepherd. She also loves to read, cook and enjoy the numerous arts performances that take place throughout venues in San Jose.

If the Joint Venture board meeting on stage at the California Theater is any indication of her entertainment skills, don’t turn down any invitations from her.