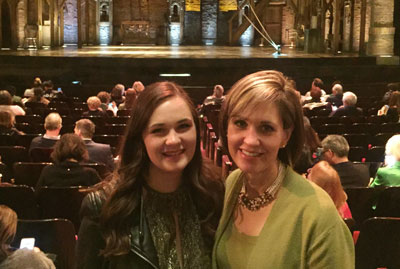 Melissa Stevenson Diaz is too modest to call herself Wonder Woman or Batgirl, but she credits her success to a super hero back story that led her from California to Maine to Japan and back, and ultimately to her “dream job” as the city manager of Redwood City.

It was her parents, she says, who instilled important values that brought out what others see as her special abilities to run a city of 86,000 in the heart of Silicon Valley.

“Melissa has a very even keel style of leadership,” says Redwood City mayor John Seybert. “She doesn’t get rattled under pressure. She solves complex problems with knowledge and expertise. And she’s a people developer. She lets people serve in their strong areas and doesn’t need to be at the forefront of attention.”

“She’s a people developer. She lets people serve in their strong areas and doesn’t need to be at the forefront of attention.”

“Growing up, I had never heard of the job of city manager, and I really didn’t know anything about city government, either,” says Diaz. “What I did learn a lot about was curiosity, service to others and community building.”

Diaz named a new fire chief in her first few weeks on the job and things haven’t slowed down much since. She faces all the challenges common to cities on the Peninsula today – economic growth, affordable housing, community services, traffic congestion, keeping downtown vibrant. 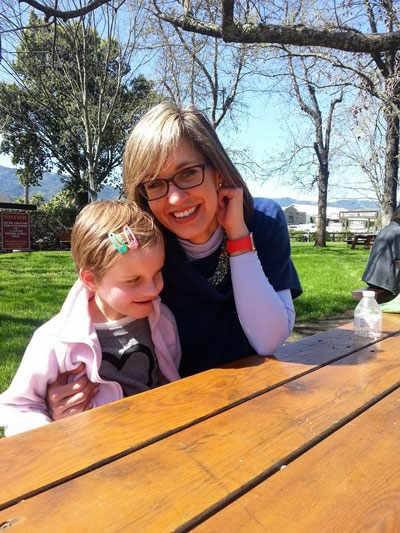 “We lucked out with the economy,” she says. “The demand is tremendous. It’s amazing how we keep reinventing ourselves.” She acknowledges, however, that Redwood City’s transformation from a once quiet suburb to a more energetic urban center is disruptive for certain longtime residents.

“It’s disconcerting to some folks,” she says. “We have to help people find value in change that’s coming and be mindful of the impact on the community. We have to shape the roller coaster ride for those who came to the suburbs for a slower pace of life.”

Presently, Diaz is “knee deep” in the 2017-2018 operating budget, and busy with new affordable housing projects. Another important program is the Redwood City 2020 partnership for a strong and healthy community.

The 2020 vision is that all people living in Redwood City and North Fair Oaks are healthy, safe and successful. Residents are paired with local organizations and public agencies to develop and implement a wide range of projects to reduce the impact of poverty, improve the academic success of students, promote community health and wellness, increase community engagement and enhance safety.

In particular, Diaz cites the Fair Oaks Community Center, one of five the city operates, which offers childcare and an early childhood development program, immigration and citizenship courses and other services.

Like many city managers in Silicon Valley, Diaz says she has long appreciated the regional support Joint Venture provides through its annual Silicon Valley Index and other initiatives.

Notable among them is the year-old Managers Mobility Partnership, a coalition of city managers that includes herself and those from Palo Alto, Mountain View and Menlo Park, along with Stanford University, all working jointly to address transportation challenges facing their communities.

“We really need this kind of coordinated approach,” says Diaz. “We’re able to talk pretty openly as we look for alignment, information and feedback.”

The MMP is working on bicycle infrastructure across these communities by expanding bike sharing programs, filling gaps in the north-south bike corridors and creating an interconnected regional network.

Diaz’ commitment to community building began at an early age. She was born in Sacramento to Ralph Stevenson, an Air Force major and navigator, and his wife, Barbara.

“My dad is a true Renaissance man, curious about everything in life,” says Diaz. “In the Air Force, there were always plenty of opportunities to learn, whether it was about the mechanics of a new plane, changing technology or a new culture as we moved from base to base.”

And move they did, first to Maine, then to Okinawa when Melissa was three, then back to California, where Major Stevenson was stationed at Castle Air Force Base in Merced, 100 miles south of her native Sacramento. From Merced, the family moved to Omaha, where Melissa graduated from high school.

“It’s hard to move all the time, but when you’re in the military it’s what you know. It was from watching my dad that I learned about challenging yourself to grow and learn, and appreciating different cultures and perspectives.”

Every time they moved, she said, her mother took the lead in helping the family become part of their new community. She was an active volunteer and later worked as a church administrator.

Like many city managers in Silicon Valley, Diaz says she has long appreciated the regional support Joint Venture provides through its annual Silicon Valley Index and other initiatives.

“Growing up, Sunday mornings were busy because the church service was followed by a long period of what we called mom’s ‘politicking.’ She would make the rounds, checking in personally with nearly everyone in the congregation to see how they were doing, whether they needed support and to enlist their help with projects.

“People could tell that she cared about them – and that they were needed. It was from watching my mom that I learned about community building.”

After her first year of college, Melissa married an Air Force officer, Mike Dile, who joined her in California, taking a job with IBM.

Melissa attended Mills College in Oakland, a women’s liberal arts college founded as the Young Ladies Seminary in Benicia in 1852, on an academic scholarship.

“I wanted to go to a smaller college,” says Diaz. “I always knew I wanted to work and I knew the military was not the right fit for me.”

As student body president at Mills, she was active in a successful boycott when the board of trustees voted in May 1990 to admit men to the college for the first time. The Mills website has a full page on the strike.

“In peaceful protest, the students boycotted classes, blocked entrances to all major administrative buildings, and closed down the campus to business as usual,” the site reports. “As the strike gained momentum, faculty, administrative staff, and alumnae supported students by holding classes outdoors, waiving finals, providing sleeping bags and walkie-talkies, supplying food, and offering guidance to help students organize their efforts. Most importantly, they put together quantifiable proposals that promised to change the financial situation the College was facing. 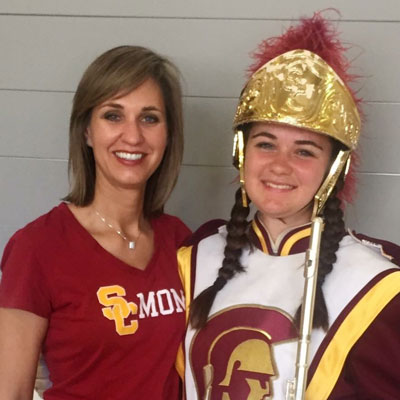 “After two weeks of heated debate, passionate demonstrations, and compromises on behalf of all parties involved, the Board of Trustees officially reversed its vote to admit men. In his announcement, board of trustees chair F. Warren Hellman declared, ‘Sometimes, in your lifetime, you're involved with something that may not just change an institution, it can change the world. I think you've done it.’"

“It was an amazing experience serving as student body president at this pivotal time,” Diaz recalls. That experience, together with an organizational behavior class Diaz took as a senior, struck a chord. “I was hooked. I knew I wanted to be in public service.”

Her undergraduate degree from Mills in 1991 was in European history. She earned her master’s degree in public administration from San Jose State University in 1996 and had her daughter, Madeleine, a year later.

“I was very lucky,” she says. “Right out of college I was offered an internship in a small town where I could work on a wide range of projects to make life better for the people living there. I was hooked on city government!”

She worked for Morgan Hill for 15 years in a variety of positions, ultimately serving as assistant to the city manager before she was named first deputy and then assistant city manager of Fremont in 2006. After four years there, she took the same title in Mountain View in 2010 and had been there five years when the Redwood City opportunity arose.

“She is great,” says Mountain View City Manager Dan Rich, who worked with Diaz for four years. “I really enjoyed working with her. She was a critical part of our organization, very professional but also very warm and supportive of her peers and her staff.

“Melissa is incredibly competent and skilled. She has a certain knack for the manager job. Some people have it and some don’t and she does. I was very sorry to lose her, but I knew it was inevitable. And I hear raves about how she’s doing in Redwood City.”

Although her marriage ended several years ago, Melissa later found a new relationship with Fremont City Manager Fred Diaz and the two were married three years ago. Fred has a daughter, Alana, from a previous marriage as well. The couple lives in San Jose. 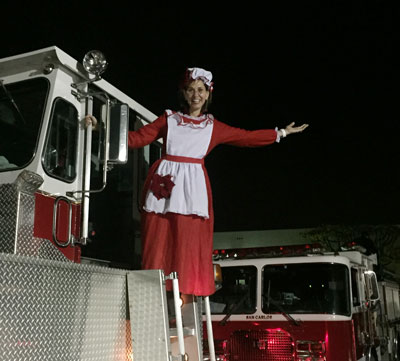 At a recent super hero-themed Redwood City staff appreciation day, Melissa told her co-workers why she believes she has found her dream job there.

“I wanted to spend my energy in a community open to new people, in an organization open to new ideas, and in a culture that appreciates the wide range of skills and talents needed to provide services and build community,” she said.

“And, of course, I wanted to be in a place that values all the people we meet along the way; co-workers, the council and community. This is exactly what I have found in Redwood City.

“Super heroes working together are unstoppable, and I am grateful for our work to build a great community together.”