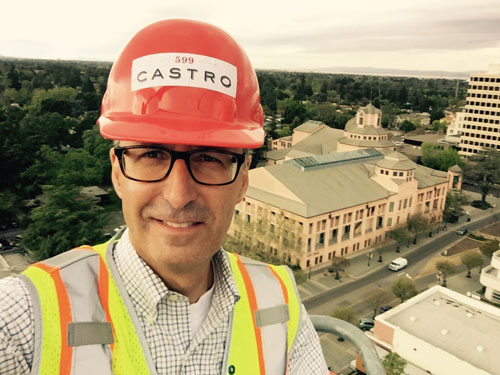 Back in the late 1980s, while working on Capitol Hill, Dan Rich briefly entertained the notion that he might one day like to be the White House Chief of Staff.

“I was trying to figure out the best way to marry politics and policy in my career, and that seemed like the ideal job at the time,” says Rich, who has been Mountain View’s city manager since 2011.

“This job’s the same in a micro sort of way. It’s totally nonpartisan and nonpolitical, but I can advise the city council on policy and then I carry out its political decisions.”

The churn of the White House in today’s world notwithstanding, Rich is much happier working and living in Silicon Valley, where he previously served as city manager in Campbell and held management positions in Sunnyvale and Belmont.

He’s also an active member of Joint Venture’s Managers Mobility Partnership that brings four Peninsula cities and Stanford University together to address regional transportation challenges they have in common. 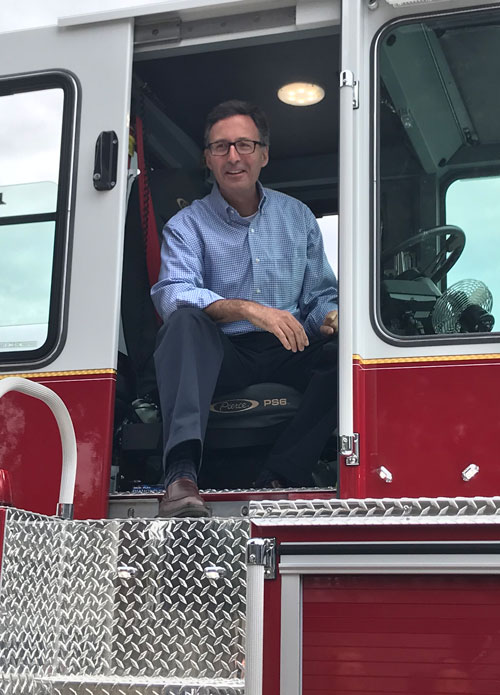 Rich may not have made it to 1600 Pennsylvania Avenue, but he’s got plenty of challenges right here at 500 Castro Street, where he met a visitor recently in his city hall office on the third floor.

“Mountain View is certainly changing as we’ve come out of the recession into this booming economy,” he says. “We are dealing with the perils of prosperity, as the saying goes. The difference is the pace of it.

“What normally used to happen in ten, twenty, thirty years is now compressed into five to ten years. The issues we’re dealing with now are much bigger and much more difficult as we work to manage this growth in a thoughtful way.”

“Dan is very thoughtful and strategic, and he has a good sense of what is important to the community,” said Mountain View city attorney Jannie Quinn. “He thinks of interesting alternatives to problem solving. He’s really adaptable.”

Quinn, who’s been with the city 22 years and city attorney for eight, added that she and Rich have “very fun conversations playing devil’s advocate with each other,” and that he’s an effective leader of the city’s 600 employees. “Dan is low key, but he’s got a great sense of humor not everyone gets to see.”

“Dan is very thoughtful and strategic, and he has a good sense of what is important to the community.”

Google alone employs about 20,000 workers in Mountain View and has recently approved development of 600,000 square feet of commercial space in the North Bayshore area, says Rich. The company, he adds, has been a good civic partner, funding a free local shuttle for residents three years ago that operates around the city during the day to reduce auto usage.

“One of the biggest challenges for us is the pressure of rent increases on both residential and commercial space,” says Rich. Low income residents are being squeezed out. The voters passed rent stabilization in 2016 to address the issue.

“The Managers Mobility Partnership is a recognition that we are all in this together.”

“As a city manager I strongly believe in local control and local determination of policy, but increasingly the issues we face are all regional in nature and no one city can solve them,” says Rich. “That’s where Joint Venture can be so valuable. The Managers Mobility Partnership is a recognition that we are all in this together.”

Rich’s experience with Joint Venture goes back to the 1990s during his time in the Sunnyvale city managers’ office. “I’m very supportive and appreciative of all that Joint Venture does to bring government and corporations together,” he says. “Companies are getting bigger, spreading across several cities, and now they have no choice but to think more regionally.”

Dan Rich, 54, is a San Francisco native, the youngest of four children born to Neville and Lila Rich, and grew up in the Laurel Heights neighborhood. His father, who was an accountant, recently celebrated his 90th birthday.

Dan went to Lowell High School and then to UC Berkeley. “Both of my parents were Cal Bears,” says Rich. “My father would not put anything red on his body, that’s how strongly he felt about Cal vs. Stanford. But my two older brothers both went to Stanford, so we’re a house divided.”

At Berkeley, Dan majored in economics and political science, earning dual undergrad degrees. He wasn’t sure what he wanted to do but he managed to get a summer internship with Congresswoman Barbara Boxer during her first year in office.

“I fell in love with the environment there,” he says.

After graduating, Rich decided to move to Washington, where he worked as a legislative assistant to Senator Alan Cranston and to Rep. James R. Jones in the late 1980s. He also spent time as a research assistant in the Congressional Budget Office.

In 1990, Rich enrolled in the John F. Kennedy School of Government at Harvard University. He emerged with his master’s degree and knew it was time to get back to California, where he landed his first job as an administrative assistant in the Sunnyvale city manager’s office.

“I barely knew what a city manager was,” he recalls. “But I learned, and I liked it.” After four years, Rich was promoted to assistant to the city manager, a post he held until 2001. 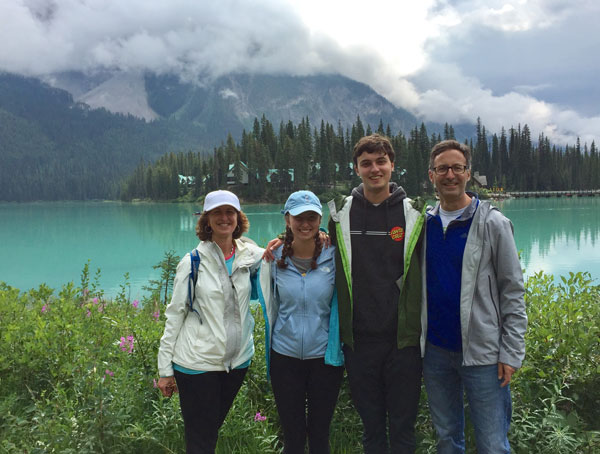 From there he moved on to Belmont, where for four years he served as assistant city manager and interim city manager. That role helped land him the city manager’s job in Campbell, where he spent six years until the Mountain View opportunity arose.

“Dan is a smart, really thoughtful guy who has a tremendously difficult job,” said Jason Baker, a former Campbell mayor now running for Santa Clara County supervisor. “He was my first city manager in Campbell and he always tried hard to help each council member excel.”

“A city manager has to deal with the political concerns of five or more council members and the trick is to be able to hear and understand those differences and address them simultaneously. Dan’s background and political acumen serve him well in that regard.”

It was during his time in Sunnyvale that Dan met Abbie Dorosin, a nonprofit consultant and community worker, whom he married in 1996. The couple lives in Palo Alto and they have a son, currently a sophomore at Northwestern University, and a daughter, a senior at Menlo School.

On weekends you can find Dan out cycling with a group of neighborhood dads who get together regularly for long rides.

As much as he loves his job, Dan still holds that curiosity about what might have been.