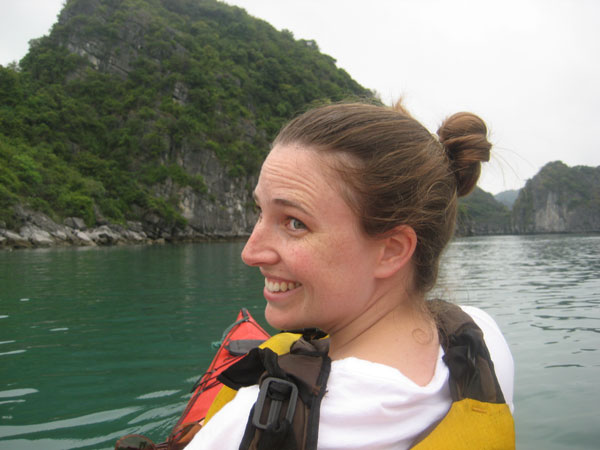 The way things are going in South San Francisco, the historic hillside sign visible to northbound drivers on U.S. 101 for nearly 100 years may have to be changed to read “SOUTH SAN FRANCISCO: THE BIOTECH CITY.”

“Biotech is booming in South San Francisco,” she says. “We have seven million square feet of new R&D space in the pipeline, all east of 101, that is really driving the economy here.”

The sign won’t actually change, of course, because it’s listed in the National Register of Historic Places. In fact, says Selander, the city is finally about to acquire the 20-acre Sign Hill from its private owner. But down at ground level, there’s growth everywhere you look.

“It’s such a hot market right now,” says Selander. “In addition to the expansion of life sciences companies, there are five new hotels and hundreds of residential units under construction, and the industrial vacancy rate is below one percent.”

South San Francisco, with a population of 67,000, is home to the largest biotech cluster in the world, with more than 200 companies, led by the behemoth Genentech and its 8,000 employees, along with Onyx Pharmaceuticals, Thermo Fisher Scientific, Amgen, Denali Therapeutics and 23andMe.

Other major employers in the city include See’s Candy, Bimbo Bakeries (Oroweat and Entenmann’s), Costco, Plenty Farms and the New French Bakery.

“All of this development puts tremendous pressure on the city and its infrastructure,” says Selander. “The city is currently working on several studies to address congestion – whether it be decreasing single vehicle occupancy demand by moving commuters to transit and biking or improving the condition of our roads and increasing vehicle capacity with smart signal technology.

“These efforts are all part of a coordinated effort to address impacts to the community resulting from this unprecedented economic boom,” she adds.

The building boom, she said, impacts housing, traffic, transit and the general quality of life for local residents. More commuter shuttles are arriving daily and a new Caltrain station under construction beneath 101 at Grand Avenue to replace the existing station is scheduled to open next year.

Selander says 70 percent of the South San Francisco workforce comes from San Francisco and San Mateo County, and that biotech companies require greater physical space than traditional offices because of the demands of lab space and regulations governing biotech work.

“It’s totally a one-of-a-kind organization. It’s so killer to be in a room with all of your peers. I would not be in this role if not for SVEDA.”

“Our division is busy now taking forward an impact fee on commercial development for affordable housing and a new inclusionary housing ordinance to the city council. We’re also managing the disposition of four former redevelopment agency properties and two city-owned properties covering about 15 acres with 900 housing units and 300 hotel rooms.

Selander says the support, ideas and feedback from her association with other economic development professionals from 25 Silicon Valley cities and counties through Joint Venture’s SVEDA initiative is invaluable.

“I just love it!” she says. “It’s totally a one-of-a-kind organization. It’s so killer to be in a room with all of your peers. I would not be in this role if not for SVEDA.”

“The great and unique thing about Nell is that she brings in ideas from a wide range of topics and is willing to consider lots of different things,” said Laura Russell, planning and building director for the Town of Los Altos, who worked with Selander in San Carlos.

“She’s fun and exciting to work with because she’s very creative and interactive. I always suspected she would have a leadership role in economic development because she is one of the up and coming professionals in this field,” Russell added.

This wasn’t Selander’s chosen path in school. She might well have become a welder – like her mom.

Nell was born in San Francisco, grew up in the Mission District and attended the Ruth Asawa School of the Arts for high school, specializing in theater tech.

Her father, Ernie Selander, is an architect in San Francisco, and her mother, Kai Klaassen, is an artist, teacher, and, yes, a welder. Nell has a younger sister, Betsy.

“Because of my parents I grew up around construction sites and worked summers pulling permits at the building department,” says Nell. “But I still didn’t know what I wanted to do when it came time to go to college.”

“She is not only whip-smart but is one of the most creative people I’ve had the pleasure to know...She will take any job you ask her to do and will do it to the very best of her ability.”

Nell applied to 14 schools and was accepted at many of them, including Stanford, where her father went. “So I decided to go there. It was my best decision ever.”

She graduated from Stanford in 2007 with a degree in American studies. At Stanford, she became active in Stanford Democrats and spent her junior year in the Stanford in Washington program working for Bay Area Congresswoman Zoe Lofgren. After graduation, she moved back to the Capital to work for Stanford in Washington and managed the program’s art gallery at the same time.

While there she met her partner, Adam McLane, a marketing grad from Ohio State University who followed her to New York while she earned her master’s degree in urban planning at New York University in 2012.

When Adam took a job back in Columbus, it was her turn to follow him, and she spent nearly two years there working for the Columbus Downtown Development Corporation, where she represented a $35.5 million river restoration project to community groups, among other duties. 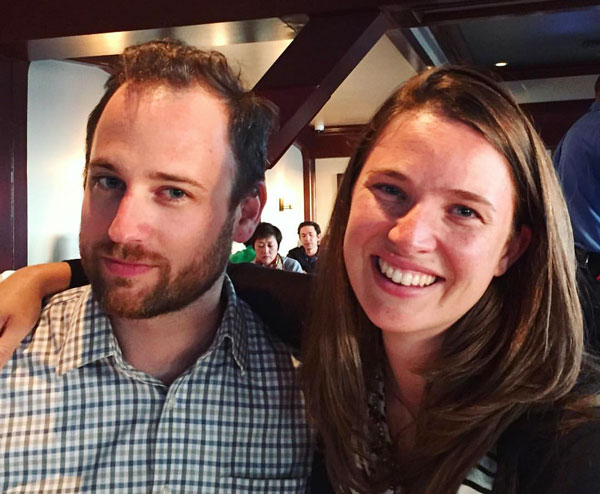 “I’ve managed people for 25 years and Nell is one of the top professionals I’ve ever worked with,” said Amy Taylor, chief operating officer of the Columbus Downtown Development Association. “She is not only whip-smart but is one of the most creative people I’ve had the pleasure to know.”

“I hired Nell because of what she could bring to the table and her personality,” added Taylor. “She will take any job you ask her to do and will do it to the very best of her ability. I really hated to lose her when she moved back to San Francisco.”

The couple returned to the Bay Area in 2014, and Nell soon landed the San Carlos job, having found a calling in economic development.

Nell and Adam live in the Mission Terrace neighborhood in San Francisco and with all due respect to her job responsibilities, Nell’s number one focus these days is the one in her belly. She and Adam are expecting their first child in October.

“I’m ramping up to be out on maternity leave for a while,” she says. “So I’m trying to wrap up a number of things before the baby comes.”

Given her current workload, she might find that having a newborn will actually be a break.