CEO, Brigade, and Co-chair, Joint Venture Board of Directors

If it weren’t for his fellow Harvard University student Mark Zuckerberg, Matt Mahan would likely be just another one of some 80,000 lawyers in Washington, D.C. today.

Instead, Mahan is a tech entrepreneur like the Facebook co-founder and chairman who dissuaded him from law school and encouraged him to pursue his passion for politics and policy through technology.

Now the co-founder and CEO of the nonpartisan voter network Brigade.com and the newly-installed private sector co-chair of the Joint Venture board of directors, Mahan says Zuckerberg played a role in his career direction.

“I always assumed I would go to law school,” Mahan said over coffee near his SOMA office in San Francisco. “I even got into Harvard and Yale law. But then I had dinner with Mark and a mutual friend of ours one night and Mark asked me, ‘Why do you want to be a lawyer?’”

“I told him I wanted to change the world of politics and policy through voter engagement, and that being a lawyer in Washington seemed like a good way to do that. He helped convince me that technology would shape the future of politics.”

Mahan describes Brigade as the “Facebook or LinkedIn of politics”—a social network for civic engagement. The four-year-old venture-backed company currently has more than a half-million voters signed up, with a long-term goal of 100 million or more.

Brigade’s mission is “to empower voters to shape the policies and elections that affect their lives by declaring their beliefs, organizing with like-minded people and taking collective action.”

Mahan admits that’s a tall order in today’s divisive political environment but argues there’s a need and a desire among citizens for a “tech platform for the political realm” that makes the voter experience more transparent and accessible. 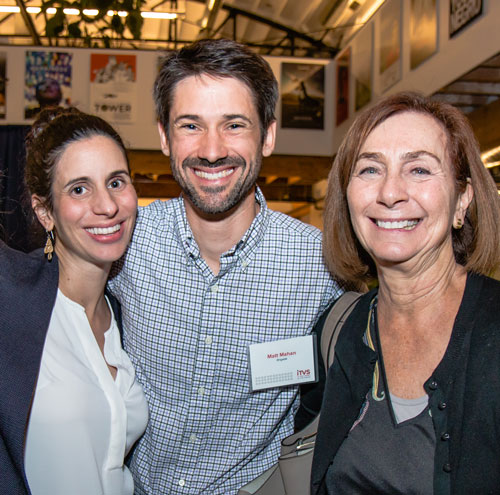 “One way we can fix our democracy is by increasing public trust in the system,” says Mahan. “The top two complaints voters raise about getting engaged in the system are, one, that it’s too complicated and they don’t have time, and two, that whatever they do personally doesn’t make a difference.”

There are more than a half-million elected officials in the U.S. and the average citizen is represented by more than 30 of them, says Mahan, yet it is rare to meet someone who can name more than a few. Worse, he adds, people increasingly feel disenfranchised and disconnected from their government.

“For many, there is a pervasive feeling that not only does my vote not matter – neither does my voice. To solve these problems, we need to demystify the political system and make civic discourse and direct action easy, enjoyable, and most importantly, effective.”

With Brigade, voters can follow and connect with their representatives directly, take positions on issues, create groups of followers around similar issues, advocate for their positions through phone calls and petitions, and endorse candidates who reflect their values.

On a regional level, Mahan values his role with Joint Venture. “Joint Venture is a unique and innovative model for regional thinking and action,” he says. “It keeps me grounded in policy and impact. Cities should engage around those things, not around candidates and ballot measures.

“Joint Venture is a passion project for me,” he says of his recent decision to accept the co-chair role after five years on the board. “I believe in the model and I want to see it grow and get to the next level of impact on the region.”

Born in San Francisco to Bill Mahan, a letter carrier, and his wife, Susan, a schoolteacher, Matt grew up in Watsonville along with his two younger sisters and remembers reading the Register-Pajaronian newspaper after school at an early age.

He recalls finding his passion for politics as a ten-year-old during the presidential election of 1992, when his mother preferred Bill Clinton, his father favored Ross Perot, and a neighbor was supporting George H. W. Bush.

“Joint Venture is a passion project for me. I believe in the model and I want to see it grow and get to the next level of impact on the region.”

“I thought it was so interesting that they each supported a different candidate and I wanted to understand why.”

When it came time for high school, Matt applied to Bellarmine Prep in San Jose, despite the 50-mile commute. He was accepted, with a scholarship, so he managed to make the one-to-two-hour trip each way daily through an assortment of rides with friends and public transportation.

“Matt is an extremely bright, thoughtful, wonderful, kind person and someone who wants to make a difference in the world,” said Ann Ravel, a UC Berkeley law professor and a former Santa Clara County counsel whose son and Mahan were classmates at Bellarmine. She has been a friend and mentor to him since. “Matt has spent his considerable gifts in activities that will make a difference in our community and our society.”

Ravel continued her friendship with Mahan in Washington, D.C., when she was with the Justice Department and later chair of the Federal Election Commission. “He grew up in an environment that was working-class, but his parents imbued him with the importance of contributing to make the world a better place,” she said.

“Matt is an extremely bright, thoughtful, wonderful, kind person and someone who wants to make a difference in the world,”

Mahan had already been accepted at Georgetown University, UCLA and UC Berkeley and was preparing for Georgetown when the acceptance letter from Harvard arrived.

“I knew Harvard was a good school, but I had pretty much decided on Georgetown because of the incredible experience I had at Bellarmine, which is also a Jesuit school,” said Mahan. “But a friend of mine was going back east to tour schools and they took me along. On my first day visiting Harvard I was hooked, especially after I got into a political discussion with someone on campus.”

It was during his first month as a freshman that Matt met a fellow social studies major from Miami, Silvia Scandar. They became friends but remained platonic until their senior year when they began dating. They eventually married in 2012.

At that point, another entrepreneur friend, Joe Green, who had just partnered with Sean Parker of Napster and Facebook fame, recruited Mahan to join him in their new startup. Matt was the seventh hire at the company. Together they built Causes, an early Facebook application that allowed Facebook users to form groups around common interests, spread awareness and raise money for nonprofit organizations.

Over the next six years with Causes, Mahan rose from director of nonprofit partnerships to vice president of business development, then COO, and finally CEO and president, while the company attracted more than 186 million users in 157 countries.

Following on their experience working together at Causes, Parker and Mahan launched Brigade in 2014 with more than $9 million in investment from Parker, venture capitalist Ron Conway, Salesforce CEO Mark Benioff and others. 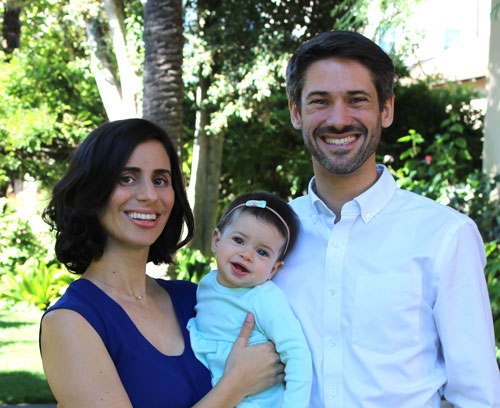 In addition to his Joint Venture role, Mahan is a member of the Clean Energy Citizen Advisory Commission in San Jose, a board member at the Silicon Valley Leadership Group and a member of the advisory committee of the California Civic Engagement Project at USC.

“Matt’s got a lot of strengths,” says Thomas O’Keefe, his close friend since high school. “What is so profound is his ability when he’s talking to you to make you feel like you’re the most important person in the room. His charisma is mind-blowing to me.”

Mahan “is looking for impact in everything that he does,” added O’Keefe, head of the investment strategy team with Silicon Valley Bank. “He could never be somebody that just jumps through hoops. His parents are wonderful people--hard-working, intelligent. They demanded a lot out of him. He would have been good at anything.”

Silvia went on from Harvard to earn her JD degree at Georgetown University Law Center in 2009. Today she is the director of communications for Innovate Public Schools, a nonprofit headquartered in San Jose.

Silvia and Matt have a ten-month-old daughter, Nina, and they live in the Blossom Valley area of San Jose, meaning Matt is putting his early experience with long commutes to good use on Caltrain.

“I try to catch the 7 a.m. bullet train from Diridon Station in San Jose to the city, then it’s a short walk to the Brigade office on Third Street,” he says. “I get a lot of work done on the train without interruptions, so I don’t mind. But it does make for some long days.”

Maybe so, but they are probably shorter and more fulfilling days than they would be if he were a Washington lawyer.