Managing Partner, JLL, and a Joint Venture Board Member

Just about everywhere you look in Silicon Valley there’s a commercial office or industrial building under construction or for lease, a surge of growth that Greg Matter attributes to the “FAANG” effect.

Matter, a managing director for commercial real estate giant JLL in Silicon Valley and a Joint Venture board member, says the “market is strong, and much of the activity is driven by the big companies – Facebook, Apple, Amazon, Netflix and Google,” hence the acronym.

“The larger companies drive the smaller companies to look at their own real estate footprint and react,” he says. “It trickles down to everybody. There are always cycles of activity, but this is definitely the longest period of sustained growth compared to other cycles.”

Matter says that while continued mergers and consolidation are softening the hardware sector somewhat, it’s offset by the rise of technology and software businesses.

A recent quarterly commercial space report prepared by Joint Venture’s Silicon Valley Institute for Regional Studies in partnership with JLL showed that more than ten million square feet of new space was under construction in Silicon Valley and the industrial space vacancy rate was at an 18-year low of 2.6 percent. The pace of growth rivals that of the tech boom in 2001, the report noted.

Matter says JLL, a Fortune 500 company with operations in more than 80 countries and a global workforce of 88,000, is “an occupancy-driven business.”

Matter focuses on tenant representation and co-leads JLL’s national Urban Infill Industrial practice and also leads the firm’s Advanced Manufacturing Group. He has written extensively and been widely interviewed on topics from autonomous vehicles to industrial real estate and was the author of a recent JLL report on the state of manufacturing in California. Since joining JLL eleven years ago, Matter has completed more than $1.5 billion in real estate transactions.

“Personally, I love the supply chain sector, companies that make and move products, which adds complexity to the site selection and real estate decision,” he says. “I’m focused on supporting my clients, helping them make strategic decisions about their real estate needs.”

Matter’s clients range from big to small and have included names like Tesla, Katerra, Carbon, and Foxconn.

“I view myself as a consultant and partner to them,” he says. “The most rewarding thing to me is seeing a company succeed in a facility that I helped them source.”

Matter distinctly recalls attending his first Joint Venture State of the Valley conference seven years ago and being impressed by the presentations and economic data in the annual Silicon Valley Index. “I love the Index, it’s my data bible,” says Matter, who joined the Joint Venture board in 2016.

“Joint Venture offers a way to break down the borders of the region as a whole. It’s a singular voice for Silicon Valley, and a necessary voice. All the issues and challenges my clients face are regional and we need to come together as a region.”

“Greg is unique, one of those people who loves to get involved and lean in on projects or initiatives and is not at all afraid to roll up his sleeves to do whatever it takes to get there,” said Andy Poppink, president of JLL’s western region. 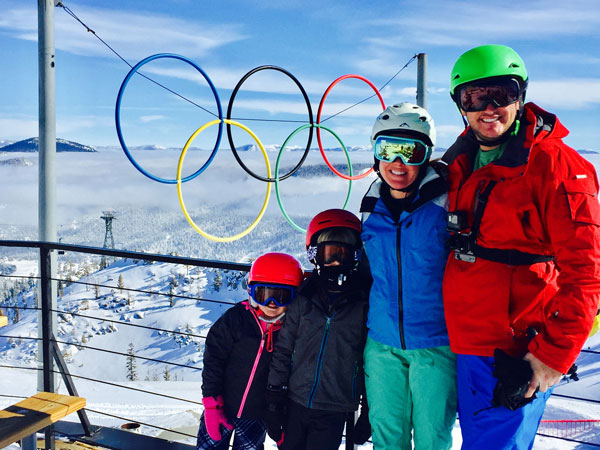 “He’s naturally very curious,” Poppink continued. “He is always trying to find the next wave of innovation in Silicon Valley that he can be part of. He is high energy and great at developing relationships with key people and municipalities. They see him as an expert and an advocate.”

Poppink also noted that Joint Venture “has been a great partner to JLL over the years and Greg is an excellent ambassador for both groups. The work Joint Venture does is critical to the long-term health and viability of the valley. We rely heavily on the research and work it does.”

Matter was born in Pasadena to Charles Matter, a small business banker, and his wife, Penny, a social worker who later became a marriage and family therapist. Greg has two brothers and a sister. The family also owned a brewery, where Greg performed the gamut of small business tasks and learned the basics of supply chain management and the “importance of a sound real estate deal.”

“Greg is extremely knowledgeable in his field. He is collaborative, very honest and trustworthy. He’s become a partner of ours.”

He attended public schools and played soccer and football at San Marino High School. An avid skier, mountain biker and outdoorsman, he was drawn to the University of Colorado in Boulder.

After he earned his undergraduate degree in political science there in 2001, he moved to San Francisco, eager for a big city experience and attracted by the rise of dot-coms. He landed a job as a sports content editor with Ask Jeeves.

He later worked for Sysco Foods before moving back to Los Angeles to begin his commercial real estate career as a broker with Colliers International, a global firm. After four years there, he joined Jones Lang LaSalle in 2007. 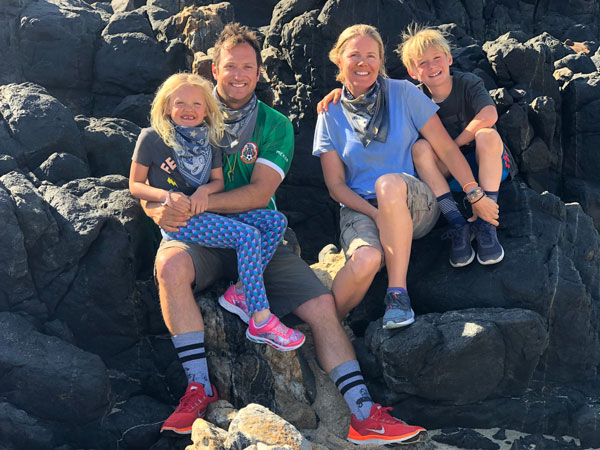 “Greg is extremely knowledgeable in his field,” says Christina Briggs, economic development director for the city of Fremont. “He is collaborative, very honest and trustworthy. He’s become a partner of ours.”

“His understanding of and ability to engage with cities presents opportunities for win-win collaboration. For economic directors, the brokerage community is a core audience.”

In addition to his role on the Joint Venture board, was a founding member of the Silicon Valley Manufacturing Roundtable in 2013, now part of the Bay Area Urban Manufacturing Initiative, of which he is a board member.

Greg met his wife, Ashley, in Newport Beach in 2005, where she was working in sales for Buy.com. She was originally from Saratoga, which in part inspired their move back to the Bay Area. They were married in 2007 and they have an eight-year-old son and a six-year-old daughter.

The family lives in San Carlos, where Greg is active as a youth baseball, softball, and soccer coach, and serves on the San Carlos Economic Development Advisory Commission.