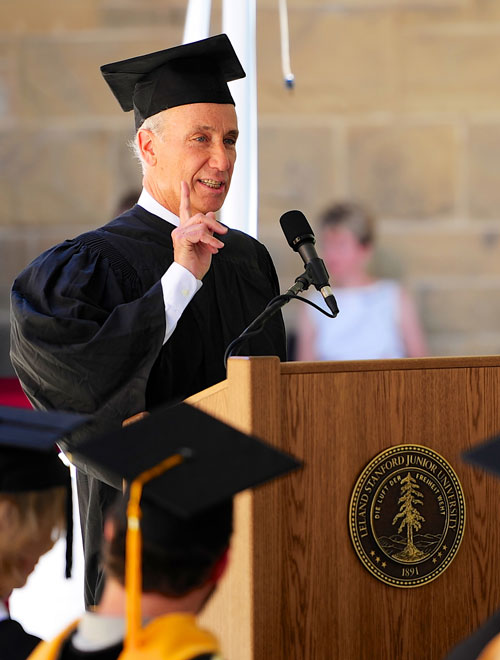 “It's that connection to community and the feeling of the people in the Bay Area that they own KQED. It's not ours, it's theirs.”

Every leader aspires to leave a legacy of success. John Boland, a member of the board of directors at Joint Venture Silicon Valley, has done just that at KQED, the robust Bay Area public media organization that includes broadcast television and radio, plus mobile, social, and online media. At a time when most regional news entities are struggling, Boland has catapulted KQED from a traditional public broadcast outlet into a multimedia stronghold - among the largest newsrooms in northern California.

The eldest of 12 and a college dropout, Boland served as President and CEO of KQED from 2010 through March 2019, and is now president emeritus. He empowered the broadcast company to better serve its audience in a digital landscape by enhancing news, arts, science, and education. Before he steps away in September, he’s also piloting the $135 million campaign that is funding the transformation, including a major renovation of KQED’s headquarters. As Boland prepares for his next chapter, he can be assured that he’s carved a path for a vibrant future.

Born and raised in New Jersey, Boland is the oldest of 12 children. At a fit 70, he looks at least 15 years younger and conveys elegant sophistication and warmth. He is an articulate and captivating storyteller, blessed with the voice of a broadcaster.

Boland’s skills in organization, his leadership, and his appreciation for diversity grew from being the oldest in a large family. “I'd learned fairly early I wasn't going to get anywhere by simply beating everybody up—a good lesson before you get into business,” he says.

A resident of San Francisco, Boland and his partner of 37 years, James Carroll, a retired newspaper editor and communications executive, also own a 15‐acre apple farm in Sebastopol where they retreat on weekends. Boland and Carroll once published the Sonoma County Independent and operated a country store with a U.S. Post Office in Freestone, California, a small dot on the western Sonoma County map. Boland is a member of the board of advisors for Sonoma State University’s Green Music Center, not far from the apple farm. 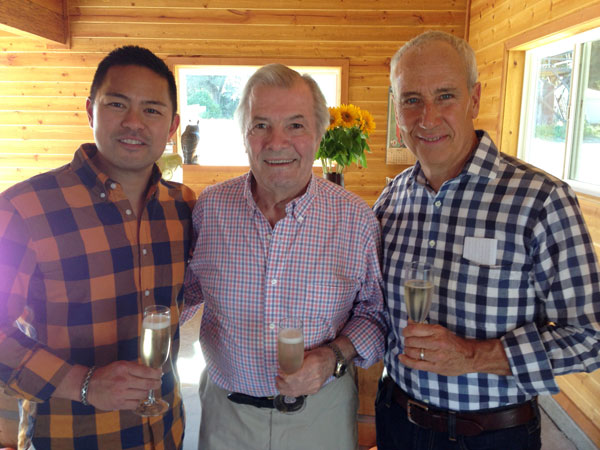 Boland’s heroes include Abraham Lincoln; Bill Moyers, with whom he worked at PBS; his father, John “Jack” Boland; and Norman B. Tomlinson, Jr., the former publisher at the Daily Record in New Jersey where Boland cut his teeth. He cites in particular his admiration for his father. “He worked for M & M Mars, had been a pro‐football player, and was exceptionally smart,” says Boland. “And he was incredible about me being gay. Just open‐minded and fair.”

As the grandson of a Pennsylvania newspaper publisher and always at ease with the written word, Boland won a national writing contest at 11. It would presage his career as a journalist. In 1968, at just 18, Boland answered a want‐ad for a cub reporter at the Daily Record in Morristown, New Jersey. He said he could type (he lied). Still, he landed the job working nights on obituaries and traffic accidents while hastily teaching himself typing skills. By 20, he was named sports editor, covered the World Series and traveled with the New York Jets, winning an award for the best sports section in the state. Shifting to news editor, he was referred to as “Boy Wonder” because he was so young. He survived a labor strike and kept the presses rolling by wearing many hats despite violent threats.

So immersed in his career was Boland that he dropped out of first Fordham and then Drew University. His stint in a management training program at the newspaper provided him with a virtual business degree and the title of general manager. “That was a really hard and interesting experience,” he says. “I had very formative experiences in management. What happened to me in those seven years was amazing; that was my education.”

By 30, Boland had transitioned into senior executive roles with two international marketing and communications firms in New York and in San Francisco. But soon he started to miss the newspaper business. 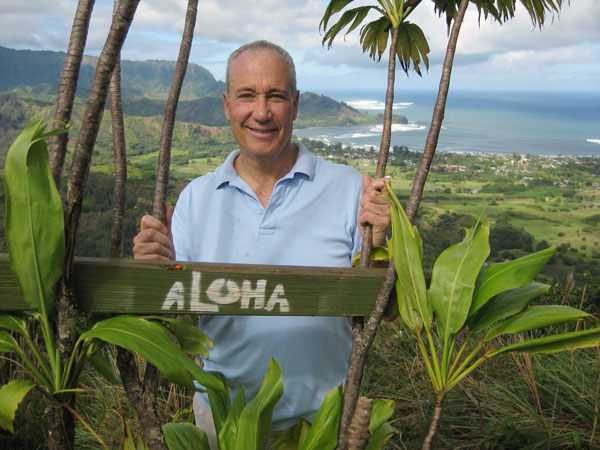 In 1989 Boland and his partner cashed out their stock, sold their house, and bought an alternative newspaper called The Paper in Sonoma County. They also bought the Freestone Country Store as an office for the paper and moved into the apartment upstairs. An historic landmark, the store came with a U.S. Post Office and full‐time responsibility. In 1992, they sold the store, renamed the paper the Sonoma County Independent (now the Bohemian), and moved to Santa Rosa. Exhausted after working seven days a week for six years, in 1995, partnership intact, they sold a majority interest in the newspaper.

“I was a person with very little financial discipline prior to owning the newspaper. I expected to get back to reporting, but I never wrote a word other than the headlines because I had to bring in the money. And that was an important lesson for when I got to KQED,” he says.

With an operating budget of $85 million, KQED is part of a larger public broadcasting system funded by a mixture of federal support and local funds including viewer support and corporate underwriting. Boland first landed at KQED in 1995 as publisher of the KQED‐owned San Francisco Focus magazine. He held several executive positions at KQED before moving in 2006 to PBS in Washington, D.C., as the first chief content officer of the network. In 2010 he returned to KQED as president and CEO.

As CEO, Boland envisioned a 21st century public media structure built around arts, science, news, and food with education as the nucleus. “John had a clear vision for KQED ‐ we would be as great at digital as we are at broadcast, which meant that we would deliver on our mission in the digital age and leverage technology to better service our audience needs,” says Michael Isip, Boland’s successor as president and CEO.

With Boland as CEO, KQED raised $45 million in working capital – the initial phase of the $135 million Campaign 21 – and re‐invested to transform the organization to digital. “The business model works,” says Boland. “Create the highest quality content; make it available, free to everyone as widely as possible. And then you ask people to voluntarily support it. It's working,” he says.

“John has not only been a great leader, but a mentor and a friend. He empowered and enabled me by trusting me as a strategic thought partner. ”

Housed in San Francisco’s Mission District since 1992 , KQED will soon relocate to temporary quarters downtown to make way for a $90 million, two‐year renovation project funded by the $135 million Campaign 21. The new building will be more public‐facing and provide enhanced access with the community.

As KQED prepared for a changing of the guard, an heir apparent was already in the wings. Boland hired Isip as television executive producer nearly 20 years ago. “Even when I first interviewed him, I thought this guy is going places,” says Boland. And Isip returns the admiration. “John has not only been a great leader, but a mentor and a friend. He empowered and enabled me by trusting me as a strategic thought partner,” says Isip.

Even though Boland is no longer leading the organization, he is leading Campaign 21 and still has “tens of millions of dollars” to raise. “I'll always stay connected,” he says. He reminds staff that they're working for the people of the Bay Area.

Campaign 21 Chair and KQED board member Anne Avis says, “John is visionary, strategic and thorough. He guided KQED to become multimedia, agile, and innovative — reinventing regional public media as an essential news and information service.” KQED board member Mark Perry notes that during Boland’s tenure, membership has increased by over a third.

With roughly 75% fewer journalists in the Bay Area now than when he started at KQED, Boland has had success in beating the industry trend. Hiring a hundred people in five years, KQED’s staff has grown by 40%. “One of our goals was to start to fill the void left by the decline of the newspapers. I think it's very sad that we're the largest newsroom in the Bay Area; we're not enough,” says Boland.

Boland says he was delighted when Joint Venture CEO Russell Hancock asked him to join the board.

Silicon Valley is KQED’s largest market and Boland says he was delighted when Joint Venture CEO Russell Hancock asked him to join the board. “We have more audience, and more members in Santa Clara County than we do in San Francisco,” he says. “We were very conscious about moving our office in Silicon Valley to downtown San Jose.” He supports Joint Venture’s strategies to solve regional issues and thinks the Bay Area “desperately needs to have a stronger regional government through a significant level of collaboration regionally.”

One gets the sense that once John Boland walks out the door of KQED on September 30, he won’t really retire to his apple farm. Without being specific, he says he would like to write and is considering going back to journalism in some way. His rich voice is already getting polished through some radio narration and voiceover work. He also does stage interviews for the Commonwealth Club: recent interviews have included Guy Kawasaki, marketing guru; Eric Schmidt, former CEO of Google; and Scott Schafer, KQED’s senior politics editor.

In preparation to leave his role at KQED, Boland collected a set of ideas about the success of his leadership. At the top of his list is people. “Being a good judge of talent and a builder of highly functional and productive teams is, in my opinion, the top prerequisite for the CEO job.” By all accounts, he has succeeded.